By Dana Omirgazy in Kazakhstan Region Profiles: A Deep Dive Into the Heart of Central Asia, Nation on 20 October 2022 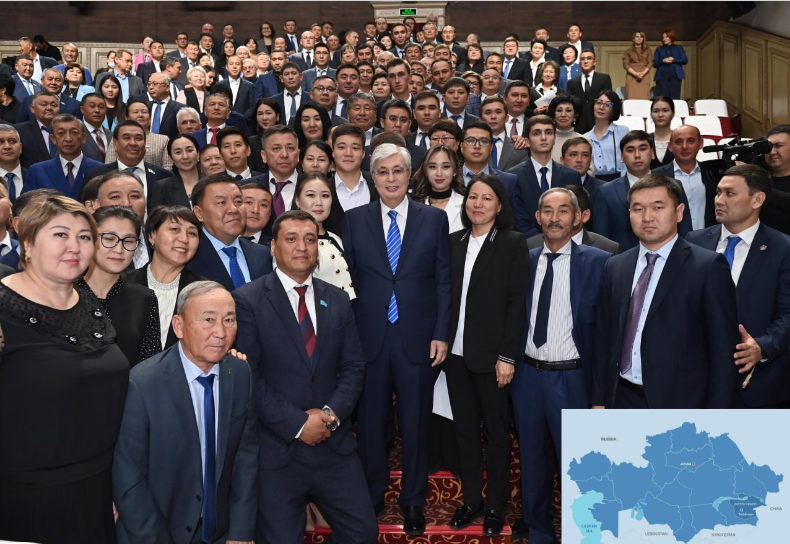 The Zhetisu Region, formed on May 4 by splitting the Almaty Region, includes eight districts and Taldykorgan as its administrative center.

The development of the region’s agricultural sector requires large investors and the Taldykorgan industrial zone can become a platform for relocating foreign companies, according to Tokayev.

The President proposed to produce and promote ready-made food products and use the region’s transit opportunities to create joint ventures for processing agricultural raw materials from neighboring countries for their subsequent re-export.

The region shows good growth dynamics in the industrial sector. Since the beginning of the year, 23 facilities have opened here.

Tokayev mentioned the launch of the KazSilicon plant, which remained idle for several years, and the construction of the Electro Manganese plant for the direct reduction of iron.

“Both enterprises are crucial for Kazakhstan. They should become a platform for the development and spread of advanced technologies in metallurgy. The region’s investment portfolio, designed until 2026, includes 162 projects providing around 7,000 working places,” said the President.

According to estimates, the Kazakh land stores large lithium reserves, from 50,000 to 100,000 tons. Tokayev instructed the National Geological Survey to intensify work to attract investment in the exploration and development of subsurface resources.

Tokayev also spoke about a sharp slowdown in the work of checkpoints on the Kazakh-Chinese border due to quarantine restrictions. He urged accelerating the introduction of an electronic queue at the Alakol and the Nur Zholy border checkpoints.

The opening of the laboratory for quality inspection accredited according to China’s standards is supposed to increase the economic potential of both the region and the country as a whole, Tokayev said. The new facility will increase the nation’s exports to China.

During the meeting, Tokayev also focused on digital technologies as one of the fastest-growing areas of the country’s economy. The President called for the development of the infrastructure in the region to create a robust IT cluster.

“While maintaining the pluralism of opinions, we must firmly oppose any manifestations of radicalism, extremism and separatism. Attempts to split our society will be suppressed to the fullest extent of the law. Independence, unity, and stability are the main values that we must protect in any way,” said the President.