More than a month ago, the seventh Congress of Leaders of World and Traditional Religions was held in Astana. The forum proved that Kazakhstan’s unique experience in strengthening interfaith and interreligious dialogue is vital to creating a truly global world. 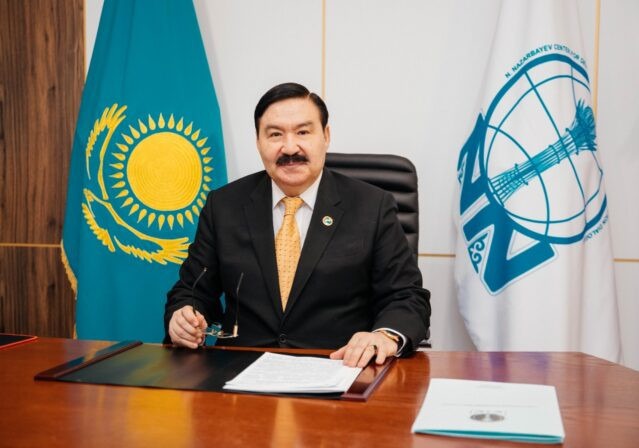 The Congress of Leaders of World and Traditional Religions took place during a unique period for Kazakhstan, when President Kassym-Jomart Tokayev announced large–scale democratic reforms, a comprehensive reboot of key state institutions and announced early presidential elections at the end of November – as a result of the transformation of the political system, and the successful implementation of comprehensive reforms necessary to build a just and fair Kazakhstan.

I believe that among the major political transformations of recent years and the main achievements of President Tokayev as a reformer are his new economic policy, the improved efficiency of the healthcare and education systems, political modernization and protection of human rights, the emphasis on decentralization of the public administration system, which will bring the solutions to pressing issues closer to the regions and the people. President Tokayev has the necessary mandate of public confidence, which stands a strong chance of being confirmed during the upcoming presidential elections on Nov. 20 this year.

The tragedy of January became a severe test for all citizens of Kazakhstan. At the same time, the state’s conclusions after these events gave impetus to a further course of reforms and renewal – a new stage in the development of the country and the most important spheres of life – social, economic, and political. The course conducted by the President shows that a solution to problems around an actual increase in the population’s standard of living and economic development are at the forefront of the agenda.

The initiatives continue the main reforms as part of a New Kazakhstan and mark a new stage in the country’s development. As the President emphasized in his address, “peace and stability have always been put above all to the people of Kazakhstan. In this challenging time, we must become even stronger in our unity.”

Since the first days of its independence, Kazakhstan has been an adherent of a peaceful, constructive foreign policy, an initiator of providing platforms for negotiations on the settlement of the Syrian issue, the Iranian energy program, and a supporter of the renunciation of nuclear weapons.

Kazakhstan continues to attract the attention of the entire world community with a plethora of high-level gatherings this year. The Congress of Leaders of World and Traditional Religions, the CICA summit, the Council of Heads of CIS Member States, the Central Asia-Russia summit, bilateral meetings of heads of state – Astana once again proves that it has earned the title of being a unique dialogue platform on the most important key issues of the region, which plays an important role in the formation of the international image of the country.

The Congress of Leaders of World and Traditional Religions plays a vital role in shaping the country’s international image. During its almost 20-year history, it has made a significant contribution to the global process of interreligious and interfaith dialogue.

The first Congress took place after the events of Sept. 11, 2001, when the whole world began to split apart, and the level of radicalization in society sharply increased. The idea came up to hold such a large-scale event with the participation of spiritual leaders.

The congress and the high-level guests including the Head of the Vatican, Pope Francis, the Supreme Imam of the Islamic University Al-Azhar Sheikh Ahmed el-Tayeb, Chairman of the Caucasus Muslims Department Sheikh-ul-Islam Allahshukur Pashazade, Secretary General of the World The Islamic League of Dr. Mohammad bin Abdulkarim Al-Issa, Patriarch Theophilus III of Jerusalem, Chairman of the Department for External Church Relations of the Moscow Patriarchate, Metropolitan Anthony of Volokolamsk, Metropolitan Kirill of Kazan and Tatarstan, Chief Ashkenazi Rabbi of Israel David Lau, Chief Sephardic Rabbi of Israel Yitzhak Joseph, Director of the Akshardam Center for Applied Research in the Field of Social Harmony Jayotindra Mukundrai Dave, Deputy Chairman of the Association of Buddhists of China Zong Xing, as well as other delegations of leading religious and international organizations from the U.S., Europe and Asia. Once again, this emphasized the authority of Kazakhstan in the international community, as well as the great trust and support for the President and the people of Kazakhstan.

President Tokayev noted during the opening of the Congress, that the people of Kazakhstan have absorbed the traditions of different civilizations and religions, the spirit of tolerance and openness. Therefore, the principle of “unity in diversity” expressed by him has become fundamental for Kazakhstan.

“Currently, representatives of more than 100 ethnic groups live in harmony in Kazakhstan, and about 4,000 religious associations representing 18 confessions operate freely. We believe this is an invaluable wealth and an inherent advantage of Kazakhstan. The Congress is an important part of Kazakhstan’s policy to strengthen dialogue and cooperation in our country and worldwide. The declarations adopted at all previous forums invariably condemned radicalism, violence, and conflicts, no matter what ideas they were covered up. In today’s complex realities, it is vital that religious leaders, sitting at the same table, demonstrate an example of goodwill overcoming any differences to the whole world. This, in my opinion, is the main mission and feature of the congress,” Tokayev said.

Spiritual leaders, politicians, statesmen, and international and Kazakh experts discussed the role of religions in strengthening spiritual and moral values, the importance of education and religious enlightenment in the respectful coexistence of religions and cultures, strengthening peace and harmony, the contribution of religious leaders and politicians to the promotion of global interreligious dialogue and peace, issues of countering extremism, radicalism, and terrorism, the contribution of women to the well-being and sustainable development of modern society, as well as the role of religious communities in supporting the social status of women.

Pope Francis, in his speech at the Congress, highly appreciated Kazakhstan’s efforts in supporting dialogue between religions. “I would like to thank Kazakhstan here for its efforts in this matter: always try to unite, always try to provoke dialogue, always try to make friends. This is an example that Kazakhstan gives to all of us, and we must follow and support it. We will not strive for a feigned compliant syncretism, it is not needed, but we will preserve our identity, always ready to accept another, for a fraternal meeting,” the Head of the Catholic Church said.

In his video message, UN Secretary-General Antonio Guterres called on religious leaders to promote nonviolence among their communities and reject xenophobia, racism, and all forms of violation of tolerance.

“We can withstand the challenges of our time and build a better world for all by uniting as one human family, sharing the burden, solving problems, and using opportunities,” the UN Secretary-General said.

The event received positive responses from international experts and political observers and aroused considerable interest among representatives of both local and world mass media – BBC, TASS, Associated Press, Reuters, France Press, Euronews, and other media sources. In total, more than 500 journalists from 33 countries took part in the event.

Following the results of the Congress of Leaders of World and Traditional Religions, a Declaration has been adopted.

The document signed by the participants of the congress – spiritual leaders of the world and traditional religions, politicians, and heads of international organizations, reflects the vision of current problems of our time, possible ways to resolve them, as well as the intentions of leaders of world religions and their appeal to the international community, which are the basic principles of continuity of Kazakhstan’s peace-loving policy.

“We confirm the role of Kazakhstan as an authoritative and global center of inter-civilizational, interreligious and interfaith dialogue,” the declaration reads.

It is important to promote the ideas of the congress globally, attract foreign politicians, experts, and journalists to the dialogue, and call on leaders of the world and traditional religions and prominent political figures to achieve long-term stability. The final document of the congress reflects the international initiatives of Kazakhstan, which since the first years of its independence, has consistently strengthened its position in the international arena as a peace-loving and open state, a reliable partner in global and regional affairs.

The main objectives of the congress and its declaration are known today on all continents and read in all major languages.

The author is Bulat Sarsenbayev, the Commissioner for the promotion of the goals and objectives of the Congress of Leaders of World and Traditional Religions, Chairman of the Board of Nazarbayev Center for the Development of Interfaith and Intercivilizational Dialogue.