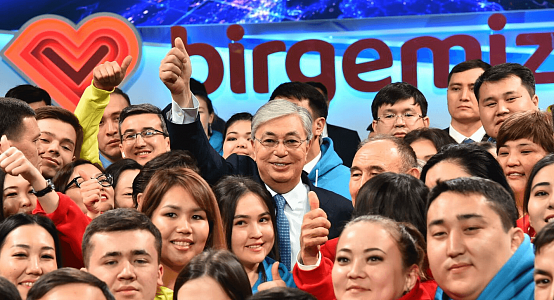 “The country will see the implementation of new reforms initiated by President Tokayev, an outspoken supporter of social justice and equal opportunity for all. Our athletes, who  represent Kazakhstan in a variety of international arenas, achieved remarkable success, notably in sports, due to a strong economy and social unity,” said Serik Sapiyev, a member of the Athletes Union, world boxing champion of 2005 and 2007, and Olympic champion of 2012.

All associations endorsed the current president’s candidacy and the new political course he has set for the country. Members of the associations anticipate that promised measures will positively impact the country’s economic development.

“We believe Kassym-Jomart Tokayev is the most deserving candidate for the country’s highest position. Everyone is aware of how highly his diplomatic skills are regarded abroad,” said the head of the Qazaqstan Team Youth Association, Olzhas Suleimenov (a namesake of the famous poet).