By Staff Report in International on 6 October 2022

ASTANA – The international conference titled Social Reforms of Modern Kazakhstan and the Experience of Eastern European countries was held on Oct. 4 in Prague, reported the Kazakh Ministry of Foreign Affairs. 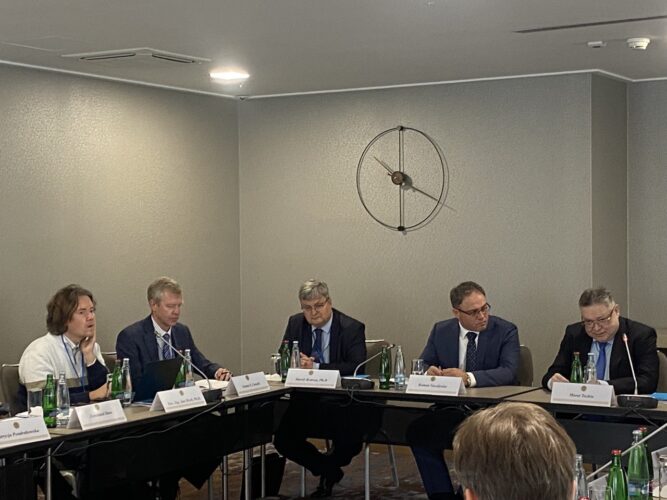 During the conference, experts discussed social reforms in Kazakhstan.

The conference inaugurated an array of events that are scheduled to take place in nearly 27 EU member states with the participation of experts, government and public figures to inform European partners about social reforms in Kazakhstan and the possible use of the experience of social policy of European countries in relation to Kazakhstan in 2022-2023.

Kazakh Deputy Minister of Foreign Affairs Roman Vassilenko noted the significance of economic and political reforms in Kazakhstan, and spoke about the key areas of social policy in the country at the conference.

The course of the constitutional changes, including those related to the holding of early elections for the President of Kazakhstan were also on the agenda of the event.

Ambassador of Kazakhstan to the Czech Republic Marat Tazhin noted that President Kassym-Jomart Tokayev has been forming a new social policy based on the principles of social justice, which underlie the strategic plan for social stability and the future of Kazakhstan.

The officials and public figures, and scholars from Eastern Europe including Adviser to the President of Poland Marek Rymsha, Deputy of the Parliament of the Czech Republic Alesh Juhelka, Professor of the Czech University of Management and Finance Radim Valenchik, and other representatives of the think tanks took part in the meeting.

Deputy Minister Vassilenko met with Minister of the Environment of the Czech Republic Tomas Tesar in Prague. The officials recognized the great potential for cooperation between Kazakhstan and the Czech Republic in the field of combating climate change, managing water resources and developing specially protected natural areas.

Approximately 140 companies with the participation of Czech capital operate in Kazakhstan. The list of Czech companies include Fosfa, Puro Klima, Home Credit, Linet, Ravak and other major brands.