Just Kazakhstan For All and For Everyone: Tokayev Announces His Election Campaign Program

ASTANA – Kassym-Jomart Tokayev announced his election campaign program titled Just Kazakhstan: For All and For Everyone, which is based on three interconnected principles – a just state, a just economy, and a just society, at the headquarters of the people’s coalition on Oct. 26, reported the presidential candidate’s press service. 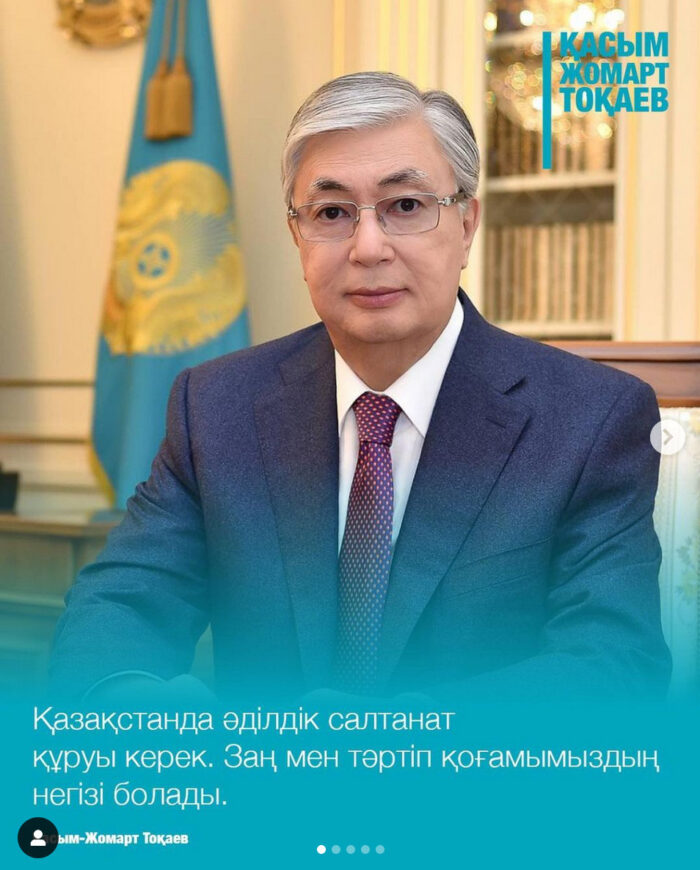 Tokayev’s election poster: The tradition of fairness must triumph in Kazakhstan. Law and order must be at the cornerstone of our society.

“Every decision and action we take will be based on justice. People are the country’s main wealth and competitive advantage. Therefore, we will firmly follow the formula ‘not a person for the state, but the state for the person,’” Tokayev said.

The just state principle will affect constitutional reform and institutional changes. Protecting citizens’ rights and security will become an unwavering priority for law enforcement. According to Tokayev, emphasis will be placed on the reform of the law enforcement system, judicial reform, and the police, whose work is frequently criticized in society.

“Objective and independent justice is the main condition for building a just state, a stable economy, and a harmonious society. Only the equality of all citizens before the law will strengthen people’s trust in the state. (…) Every phrase and sentence in this program was written entirely by me. This program has passed through my heart,” he said. 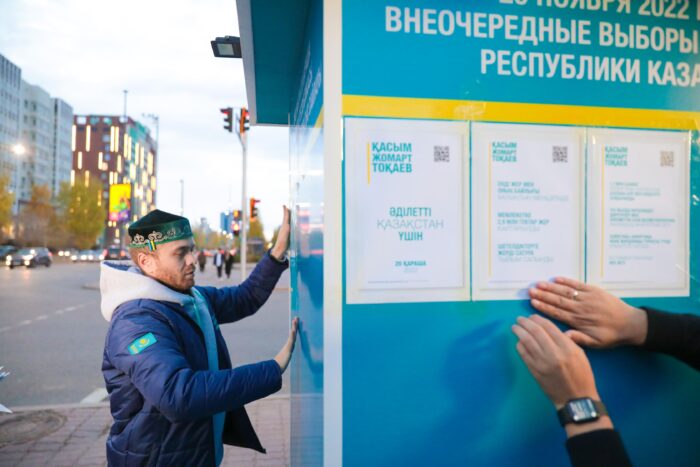 Election campaign started on Oct. 21 and will last intil Nov. 19. Photo credit: the press service of the Amanat party

According to Tokayev, the fight against corruption will be more uncompromising as the just economy principle is implemented. The country will prohibit the manufacture and distribution of pharmaceuticals, particularly synthetic ones. Domestic abuse, drug offenses, fraud, and financial pyramids are among the crimes that will be prioritized by law enforcement.

The third principle of Tokayev’s election platform will focus on creating a just society. According to him, the nation’s social budget continues to grow. The country allocates major funds to constructing and modernizing kindergartens, schools, hospitals, cultural and sports facilities, and targeted assistance.

“Behind the big numbers are the pressing problems of ordinary people. Every person in need of support should feel the state’s care,” Tokayev said.