ASTANA – Hela Cheikhrouhou, International Financial Corporation (IFC) Regional Vice President for the Middle East, Central Asia, Türkiye, Afghanistan, and Pakistan, reaffirmed the commitment to deepening IFC support to Kazakhstan towards sustainable development through increased private sector investments in her first visit to Kazakhstan on Oct. 3-4. In an interview with The Astana Times, Cheikhrouhou spoke about the objectives of her visit and her vision of cooperation between Kazakhstan and the IFC. 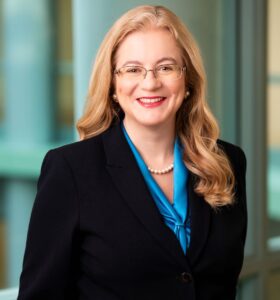 IFC, a member of the World Bank Group, is the largest global development institution focused on the private sector in emerging markets working in more than 100 countries.

As part of her visit, Cheikhrouhou held talks with senior government officials, including Kazakstan’s Deputy Prime Minister and Minister of Finance Yerulan Zhamaubayev,  and Yerbolat Dossayev, Almaty city mayor, as well as private sector players on scaling up IFC’s engagements in the country.

“The main objective of my visit was to emphasize that the private sector is critical to restoring economic stability and preserving jobs and that IFC is standing by Kazakhstan and will continue to do so during these challenging times. I met with our government counterparts to discuss how to increase private sector participation in the country’s economy and prospects for further cooperation with IFC as the country implements a privatization drive to further develop a market-based economy. Green, resilient, and inclusive growth was also central to discussions with them, including ideas for the monetization of flared gas through shared infrastructure,” she explained.

“As IFC’s regional vice president, my impression is that over the past decade, the country has made significant strides in the transition to a market economy. The country’s growth, fueled by market-oriented reforms and investments in extractive industries, has reduced poverty and transformed Kazakhstan into an upper middle-income economy. This has been a remarkable transformation. It is also great to see that Kazakhstan is not resting on its laurels. It is aiming to become a globally competitive market economy that is driven by a vibrant private sector, and an accountable and transparent public sector,” said Cheikhrouhou. 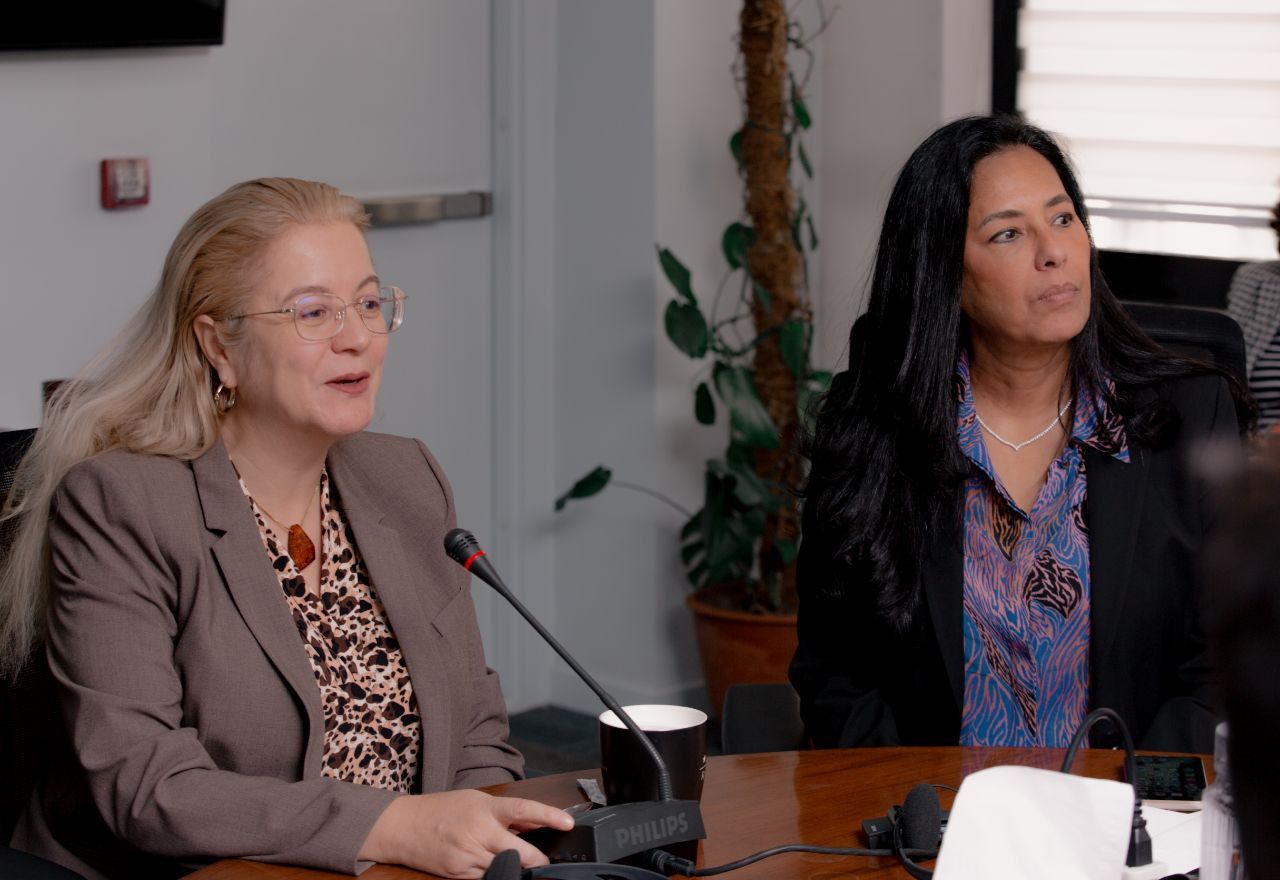 One of the latest IFC projects in Kazakhstan was a financing package of US$222 million provided in September 2021 to Almaty International Airport’s owners, a consortium led by Türkiye’s TAV Airports.

“The funding will support significant upgrades by TAV Airports and the construction of a new international terminal, which is already ongoing. The project, the largest ever foreign direct investment in the country’s airport sector, is slated to create thousands of direct and indirect jobs by 2040. (…) IFC expects the upgraded airport will be more energy efficient, produce less waste, and emit fewer greenhouse gases once upgraded and expanded,” she said.

Cheikhrouhou stressed the growing importance of agriculture and logistics in Kazakhstan’s continued growth.

“Kazakhstan has an enormous transit potential due to its location in the center of the Eurasian continent between the largest economically developed countries of Europe and Asia. Being situated next to China creates new opportunities for Kazakhstan not only for its own exports but also to provide a gateway for products from Western Europe and the Middle East to China,” she said. 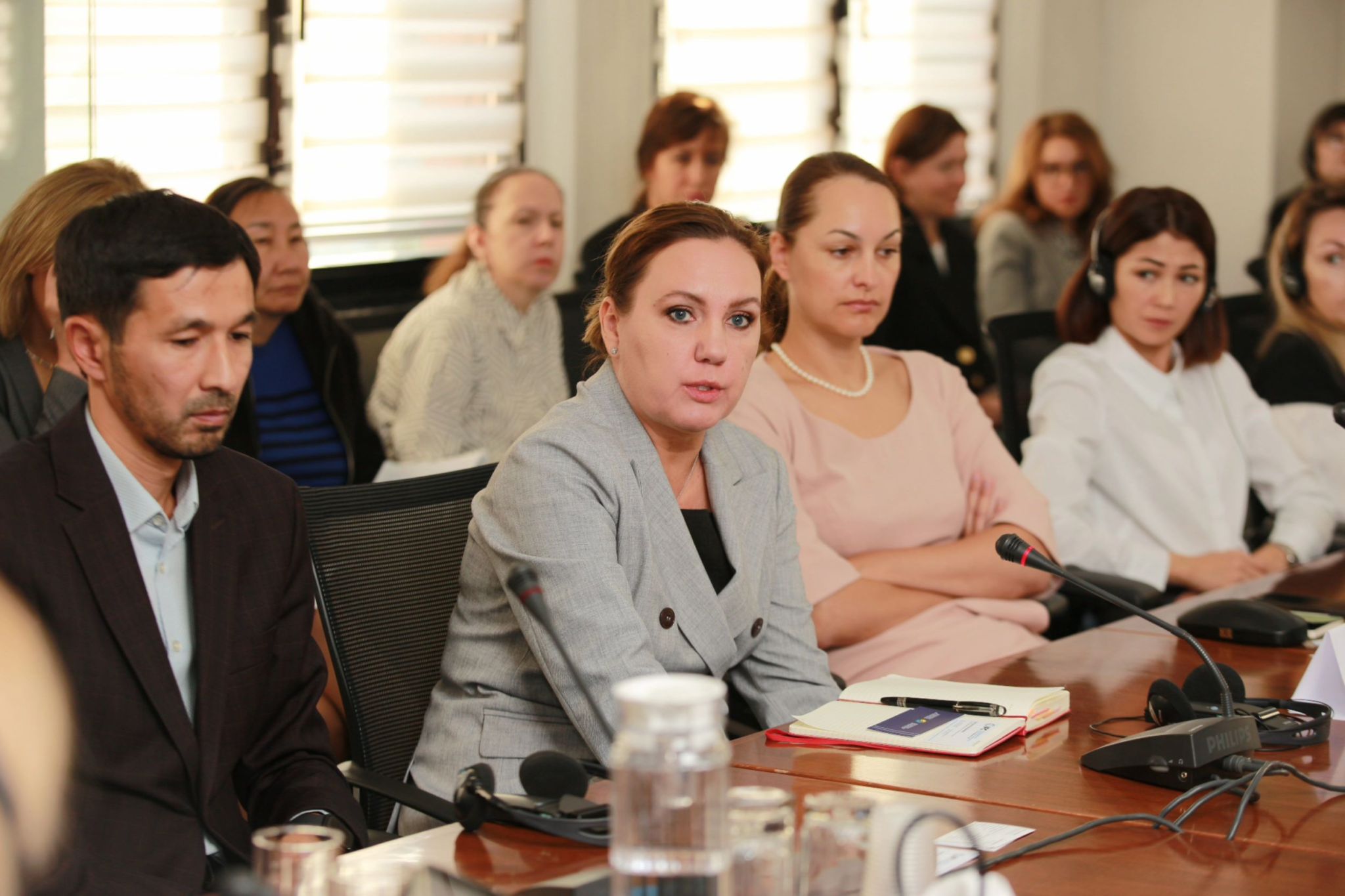 During her meetings in Almaty. Photo credit: Cheikhrouhou’s LinkedIn account

According to her, the sanctions against Russia made it urgent to develop an alternative Eurasian trade route that would avoid Russia and Belarus via the Trans-Caspian International Transport Route (TITR).

“Kazakhstan occupies a critical position in this Middle Corridor, as the route runs through a significant portion of Kazakhstan’s territory. This not only creates potential opportunities for investment and growth in transport and logistics in Kazakhstan, in sectors like leasing and warehousing but also creates new avenues for trade in sectors where Kazakhstan has the possibility to grow and increase exports,” said Cheikhrouhou.

The need to improve transport and transit potential, including through the Middle Corridor, has been repeatedly raised by President Kassym-Jomart Tokayev as a priority task.

She noted agriculture, including livestock production, has “tremendous potential.” “The country has an abundance of arable land and is well-located to serve the growing markets of Central Asia, as well as new markets in China, India, and the Middle East,” she said.

Green, resilient, and inclusive growth was also central to discussions with government officials.

The country’s pledge to become carbon neutral by 2060, declared in December 2020, is a “commendable goal,” according to Cheikhrouhou, but not a simple one. The carbon neutrality strategy is still in the development stage.

“This transition requires a gradual shift toward a more sustainable, less energy and hydrocarbon-intensive economy with substantially lower greenhouse gas emissions. This transition will allow Kazakhstan to meet its long-term environmental and climate goals while safeguarding its economic and developmental interests,” she said.

The investment climate in Kazakhstan

While commending the progress Kazakhstan has made toward creating a market economy since 1991, Cheikhrouhou stressed more could be done to “diversify economic activity and promote a green, innovative, inclusive and competitive private sector.”

“Clear challenges remain, including unreliable and expensive transport logistics and weak trade links with the neighboring countries in Central Asia, energy shortages in some regions, cumbersome regulatory environment and an uneven playing field for state-owned enterprises versus the private sector in some sectors, continued difficulties of access to finance for the private sector, and a still growing digital infrastructure and services,” she said.

Kazakhstan will also have to gauge the ways to minimize the impact of sanctions against Russia.

“Some investors will likely be deterred from investing in Kazakhstan, while others may find the country an attractive alternative to Russia,” she explained.

She outlined four priority areas for Kazakhstan’s reforms in investments – to diversify the economic base by improving the competitiveness of the non-oil and non-gas sectors, limit the role of state-owned enterprises, enhance competition, transparency, regulatory framework and its application, and create a more level playing field for the private sector,  improve sustainability by promoting energy efficiency, and continue efforts to establish a dynamic and competitive digital economy.

“Kazakhstan remains an attractive place to invest in and if the government can capitalize on everything the country has to offer, and continue on its path of diversifying the economy, the future will be bright,” she said.

“At IFC, we see tremendous long-term potential in Kazakhstan. The country’s National Development Plan and its diversification strategy are poised to create a host of new opportunities. It is encouraging to see the country creating special economic zones and re-enforcing trade corridors between Asia and Europe. Areas like transport, ICT, energy, and logistics can further accelerate economic diversification and create more jobs,” said Cheikhrouhou.

She also expressed support for the process of political and economic reforms in Kazakhstan.  “Together with the World Bank, IFC will continue encouraging the country’s reform agenda with financial and technical assistance,” she added.

When asked about her personal impression of the country, Cheikhrouhou said she was most struck by the “cultural richness of Almaty and its bustling commercial life and Astana’s cosmopolitan feel.”