ASTANA – In the aftermath of the pandemic and amidst the complex geopolitical backdrop in the region, it was an opportune time to incentivize business representatives around the world to invest and do business in Kazakhstan, including in the promising sectors of agriculture and tourism, said Denis Van den Weghe, Honorary Consul of the Kingdom of Belgium in Kazakhstan and Chairman of the Society of Honorary Consuls (SHC) in an interview with The Astana Times. 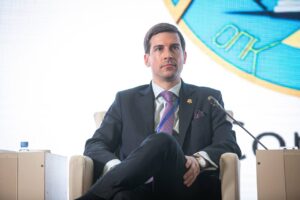 With that goal in mind, the Congress of Honorary Consuls was held in Almaty on Sept. 29 – Oct. 2 for the third time in Kazakhstan and for the first time since COVID-19. Van den Weghe spoke about the event and the role of the SHC in connecting aspiring business owners around the world.

Around 250 people in Kazakhstan and abroad are potential members of this society, and half of them actively participate in its initiatives.

The SHC is also a member of the World Federation of Consuls (FICAC) with headquarters in Brussels which has around 100 member associations, bringing together all honorary consuls around the world.

What makes the SHC unique and convenient for business people worldwide, according to Van den Weghe, is that members of the society have “almost automatic trust among each other as honorary consuls.”

The responsible state agencies of both sending and receiving countries do a thorough background check before allowing someone to become an honorary consul. This means an honorary consul is “an honorable person in business.” “So if you take a business card of an honorary consul, you know it is the person you can trust,” said Van den Weghe.

Amid the travel difficulties, this year the Congress of Honorary Consuls gathered participants from all over the world. The worldwide scope included participants from Brazil, Peru, Mexico, Paraguay, Sierra Leone, Cameroon, Mozambique, Italy, Romania, Bulgaria, Greece, Türkiye, Russia, Georgia, Lithuania, India, and Pakistan, among other countries. 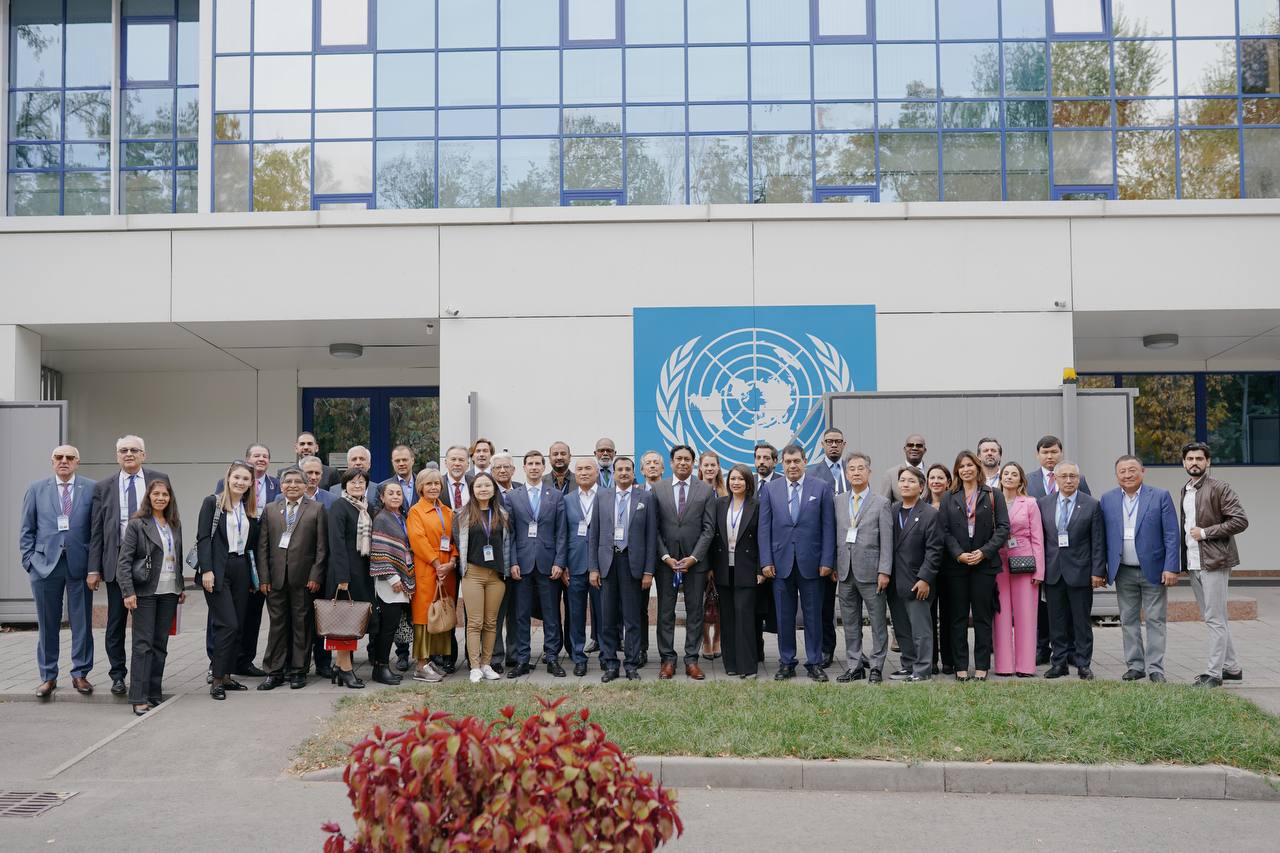 The Congress of Honorary Consuls gathered participants from all over the world in Almaty. Photo credit: personal archive.

“The main idea was that we wanted to refresh people’s minds on the investment opportunities in Kazakhstan and on the business climate as a whole. We wanted to emphasize the reform agenda of President Tokayev and the renewed views, more pro-business approaches,” said Van der Weghe.

One of the key principles of the congress is to promote networking among honorary consuls worldwide and to find a win-win solution for all actors — foreign business people, local businesses, and interested state bodies.

“It is about economic diplomacy where ambassadors try to have an honorary consul which is a person who knows the local market very well to help them in achieving their goals, mostly economic, trade, and investment goals. So we focus on the exchange of information and experience between our members,” said Van den Weghe.

This time the conference also doubled the number of days, making it a four-day event to give enough opportunity for honorary consuls coming in from far away.

As Kazakhstan seeks to move away from its heavy dependence on its traditional oil and gas and mining sector, developing other sectors becomes a priority.

“We emphasized the reforms which have been initiated [by President Kassym-Jomart Tokayev] among the audience and we highlighted the areas where there are business opportunities,” said Van den Weghe.

Agriculture could be one of the key areas in Kazakhstan’s economic diversification agenda, according to him.

“Agriculture is a very difficult area, you need a lot of good technology to use the land properly and in the most effective way,” said Van den Weghe. “But knowing that Kazakhstan is the ninth biggest country in terms of landmass, we need to do something with this land.”

Another area where Van den Weghe sees the most potential for growth is tourism, which heavily relies on what one can say is the greatest asset of any nation – the people.

Van den Weghe gave the examples of Kyrgyzstan and Georgia, which are famous for their warm hospitality and beautiful nature– two crucial aspects that draw travelers to those countries again and again, besides the fact that they have a well-developed tourism infrastructure.

Kazakhstan could market the offerings of local people and nature to global travelers who are keen to see new places.

Besides, tourism and investment go hand in hand, according to Van den Weghe.

“There are always very wealthy people among some of the tourists and when they see the country and the possibilities, they start thinking business. So if they come once with their family or with their friends as tourists, the next time they come, they will think about how to invest and gain some benefit from the economic prosperity of the country. It is normal,” he said.

Part of the reason the congress was held in Almaty is that it offered a different sightseeing opportunity and allowed to show how diverse Kazakhstan is.

“Definitely everybody left with a very positive feeling and the feeling that they want to do more of these events,” said Van den Weghe.

“We are receiving phone calls, and thank you letters from all over the world, from people who are slowly returning to their home countries and are back in the office. Some of them are giving some ideas for the future: what they would like to see, what they are thinking of. Once we gather all of this, we will be able to create a full picture of what we should be doing, when and where next,” he added.

Van den Weghe said it is too early to fully evaluate the outcome of the congress, as the “effect is not immediate, it is rather in waves.”

“There will now be waves of interest when people will start interacting, researching, and requesting some more information,” he said. “The most important thing is their personal impressions. If they said to their friends or acquaintances back in their home counties what kind of opportunities they have seen, it would work better than a promotional video or a presentation. It is a personal opinion from a person you trust.”