ASTANA – Three candidates nominated to run in the presidential elections in Kazakhstan have been withdrawn from the registration by the Central Election Commission with all of them lacking the required experience in public service, the CEC announced on Oct. 13. Khayrulla Gabzhalilov, Talgat Yergaliyev, and Fatima Bizakova do not meet the requirements set out by the Constitution and the nation’s law on elections.

The CEC refused to register the candidacy of Khayrulla Gabzhalilov, who was nominated by the Asar Association of Oralmans (ethnic Kazakhs returning to Kazakhstan) on Oct. 11. CEC member Asylbek Smagulov explained that Gabzhalilov is not a citizen of Kazakhstan by birth (he was born in Uzbekistan), and has no experience in public service or elective public office, which are among the key requirements for presidential candidates. 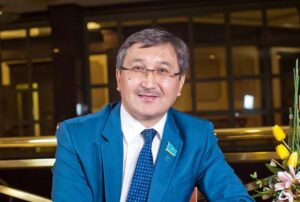 Insufficient experience in public service of only three years and four months, instead of the required five years, was also the reason why Yergaliyev’s candidacy was rejected by the CEC. Besides this, the Union of Builders of Kazakhstan, which nominated Yergaliyev, does not comply with the requirements for an association eligible to propose a nomination, as stipulated by the Constitution.

Fatima Bizakova has no public service experience as well, which makes her ineligible to register as a presidential candidate. 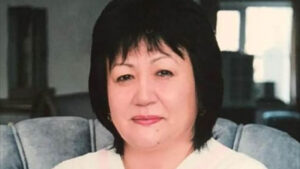 The CEC has also suspended the procedures to verify the eligibility of Nurzhan Altayev’s candidacy. Former Mazhilis deputy Altayev, 43, submitted documents to CEC on Oct. 7 after he was nominated by the Mukalmas public association. Despite Altayev’s compliance with the requirements of citizenship, public service experience, and fluency in the state (Kazakh) language, the CEC’s decision to put the procedures on hold stems from the Oct. 11 decision of a court in Astana to “suspend the protocol of the general meeting of Mukalmas association on the nomination of a candidate for President of Kazakhstan.”

Among other updates in the progress of the presidential elections is the registration of incumbent Kassym-Jomart Tokayev as a candidate for President of Kazakhstan. At their Oct. 12 meeting, CEC Chair Nurlan Abdirov said signatures of 399,809 citizens in all 20 regions of Kazakhstan have been collected in support of Tokayev’s candidacy, almost three times more than required by law (a total of 118,273 valid voter signatures).

On the same day, the CEC declared the compliance of Zhumatai Aliyev and Saltanat Tursynbekova’s candidacies with the requirement of the Constitution and the laws regarding the elections, and a day later the compliance of Bakyt Zhanabayev was verified.