By Aset Zhandosov in Society on 28 October 2022

ASTANA – Chairman of the Management Board of Center for International Programs Anuar Zhangozin recently spoke about the amendments in the Bolashak presidential scholarship in line with the continued reforms in higher education. 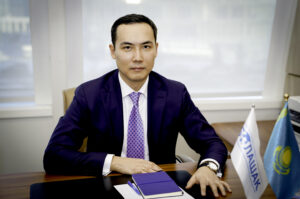 Chairman of the Management Board of Center for International Programs Anuar Zhangozin.

As the focus on recruiting scholarship holders changed, the number of students enrolling to technical and IT programs increased from 36 percent to 60 percent. Priority specialties have also increased by 30 percent with technical programs.

“To determine the priority fields demanded by job-market needs, we analyzed about 70 applications from government agencies and organizations aiming for employees with higher and postgraduate education. In addition, the medium-term forecast of the job market has also been considered. Due to the analysis of labor market trends, 40 new specialties in the fields of innovation, new technologies and industrial engineering, and natural science are considered as priority,” said Zhangozin.

Students applying for engineering and technical degrees can skip enrolling in universities at the time of submitting documents for a scholarship. After being awarded a scholarship, they will undergo one-year language courses and have a chance to choose an institution from the list of universities recommended for study. Zhangozin believes these measures will solve the issues related to a shortage of qualified job-seekers in that field.

President Kassym-Jomart Tokayev announced significant reforms in the higher education system on Jan. 21, 2022. He said the Kazakh government has to dedicate more efforts to technical programs.

The Bolashak program was established on Nov. 5, 1993. The scholarship offers tuition fees that cover all possible expenses of the scholarship holders, including academic fees, rent of the accommodation, flight tickets and other expenses.

The Bolashak scholarship has been awarded to more than 11,700 Kazakh students who graduated from 200 leading universities over the 29-year history of the program.

Some 1,200 students are now studying abroad as part of the program, including 50 students enrolled at Ivy League schools. The list consists of eight renowned private universities in the U.S., such as Brown University, Columbia University, Cornell University, Dartmouth College, Harvard University, Princeton University, University of Pennsylvania, and Yale University.