ASTANA – One of the squares in the capital’s Central Park will bear the name of Queen Elizabeth II, as per Kazakh President Kassym-Jomart Tokayev’s decision, said Senate Chairman Maulen Ashimbayev during his meeting with King Charles III in Buckingham Palace, reported Senate’s press service on Sept. 19. 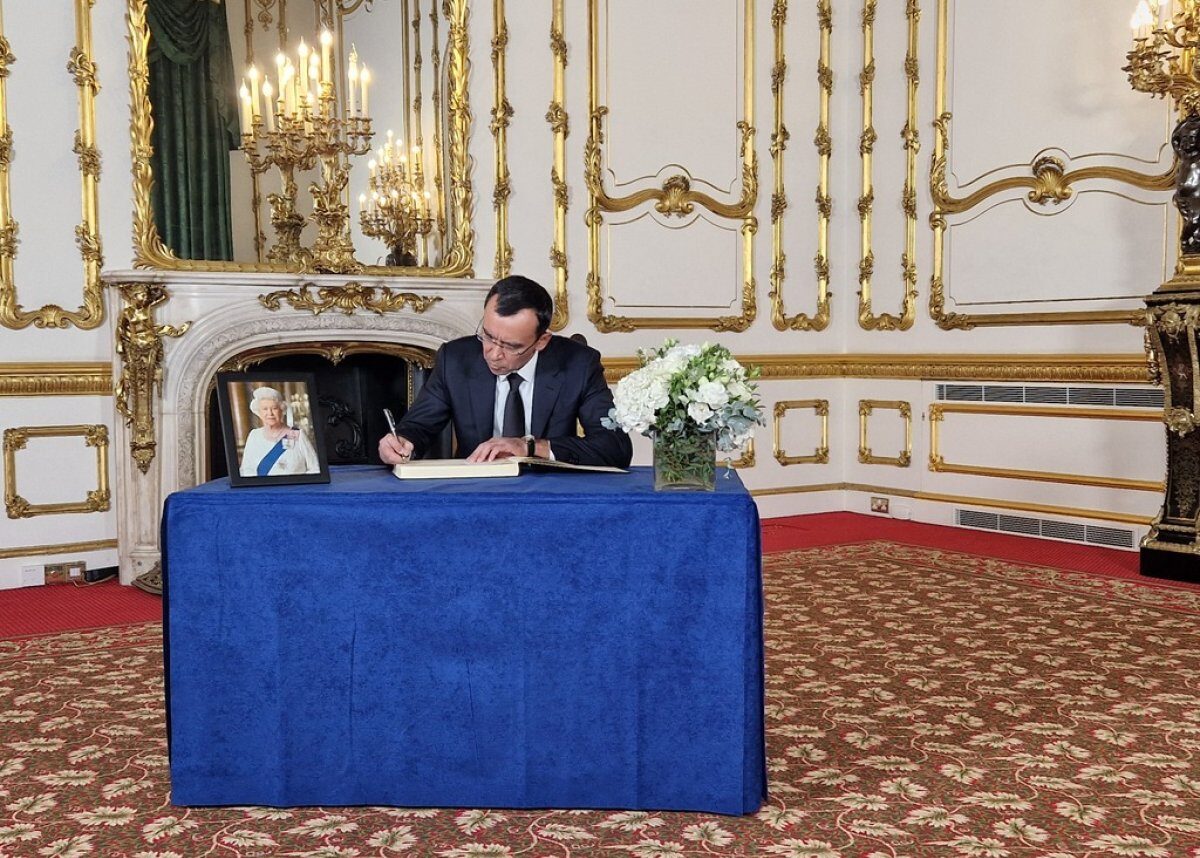 Ashimbayev left an entry in the official book of condolences on behalf of Kazakhstan
photocredit: Central Communication services

The Senate Chairman participated in the funeral ceremony of the longest-reigning monarch, who died on Sept. 8 in the castle of Balmoral at the age of 96, on behalf of President Tokayev.

Ashimbayev extended the President’s condolences to King Charles III and the Royal family. The British king, recalling his visit to Kazakhstan as a hereditary prince in 1996, expressed gratitude for the kind words and attention to the Queen, offering his best wishes and appreciation to the Kazakh government and people.

On Sept. 19, Ashimbayev, who led the Kazakh delegation, including Deputy Minister of Foreign Affairs Roman Vassilenko, attended the funeral ceremony of Queen Elizabeth II in Westminster Abbey. Nearly 2,000 guests were present at the ceremony, including members of the Royal family, heads of state and governments, diplomats, and public representatives.

President Tokayev sent a telegram to King Charles III. He offered his sincerest condolences, words of support, and sympathy for the King, the British Royal Family, and all Britons on behalf of himself and the Kazakh people.