ASTANA – The success of social reforms in Kazakhstan is contingent upon its ability to reform the broader management system and key state institutions. That is one of the conclusions made by Albert Barro, a project associate at the Central Asia-Caucasus Institute, and Svante E. Cornell, director of the Central Asia-Caucasus Institute & Silk Road Studies Program, with offices in Washington D.C. and Stockholm,  in their Sept. 23 paper. 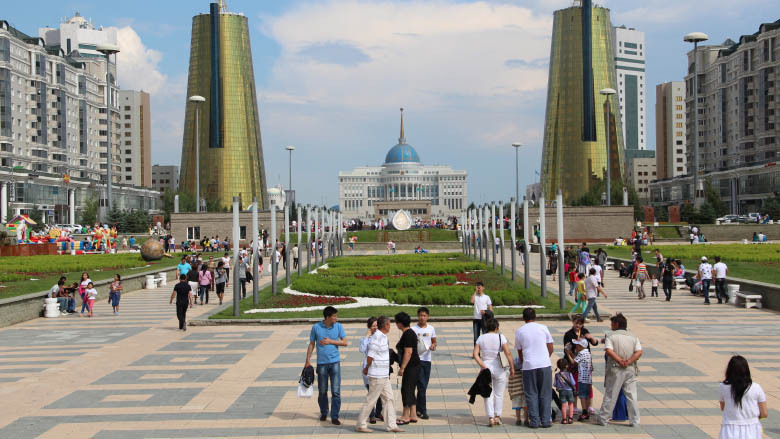 View on the city center in Astana. Photo credit: worldbank.org

“All reforms in education, healthcare, and social protection would be unable to fulfill their potential if the Kazakh state continues to feature remnants of the Soviet state mentality – institutions riddled with mismanagement and corruption, and whose personnel harbor a view of state-society relations that is decidedly unhealthy, prioritizing the state at the expense of society,” reads the report.

Scholars note that President Kassym-Jomart Tokayev is aware that political and economic reforms drive the success of social reforms, the rhetoric that he once again reaffirmed in his Sept. 1 State of the Nation Address.

But while Kazakhstan has made progress to “fine-tune” its social reforms, “the limits to the efficiency of these reforms have in many ways been dictated by political and economic issues related to the broader management of the country and its political system.”

Providing a grasp of how the country has been managing its political, economic, and social reforms over the years, the report says Tokayev’s presidential tenure was in “the context of contradictory pressures on the government from outside powers and from Kazakh society.” 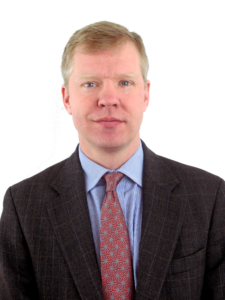 Svante E. Cornell is a co-founder and Director of the Institute for Security and Development Policy. He is the Director of the Central Asia-Caucasus Institute & Silk Road Studies Program, the Joint Center operated by ISDP in cooperation with the American Foreign Policy Council.

“On one hand, external pressure on Kazakhstan has increased in both the political and economic realm; on the other, demand for change from Kazakh society grew in an unmistakable fashion in recent years. These contradictory pressures came to a point in early 2022, when the country was rocked by protests,” wrote the scholars.

Kazakhstan’s heavy reliance on its abundant hydrocarbon resources, which supported its impressive economic growth back in the 2000s, is no longer a feasible option for the country. It has made Kazakhstan highly vulnerable to fluctuations in the oil price, which the world has been witnessing since an unprecedented collapse in oil prices in April 2020. Ever since 2008 and in 2014-2015, oil price fluctuations have also directly affected the Kazakh tenge.

Domestically, demand for change has been mounting, as people’s quality of life has been directly impacted by the challenging economic situation globally and in Kazakhstan.

Technological progress, they note, has enabled the population to widely publicize and circulate instances of injustice and corruption that they encounter.

“And in an economic sense, it appears that the sense of relative deprivation, as opposed to an absolute decline in standards of living, has also played an important role in the social frustration that has grown in Kazakhstan’s society: visual evidence of the lifestyle of a small elite clearly resonates more strongly when large sections of the population are not seeing any tangible improvement in their own lives. This, in turn, generates support for political change,” wrote the scholars.

Social issues – healthcare, education, and social protection –  are of greater concern for the general population and with the rising middle-class, these matters are becoming increasingly pertinent, because people have more resources to think about the future.

“Foremost among their minds will be the future of their children and families; this means the most important issues of concern will be the education of their children, a key factor in enabling their offspring to have a better living standard; the availability and quality of healthcare; and the development of social protection,” reads the report.

Targets might be impressive on paper, but in reality, it takes enormous resources to make them a reality – capital and human resources, a sufficient budget as well as functioning administrative and management systems, accountable institutions, and skilled personnel. 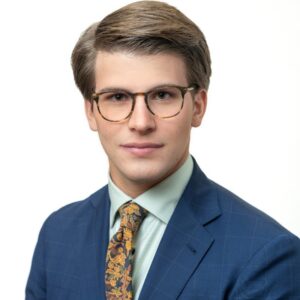 Albert Barro is a Project Associate with the Central Asia-Caucasus Institute at the American Foreign Policy Council.

The education sector has witnessed some major reforms over the years. The central tenets in many of the national programs are designed to “converge on a singular value – establishing a context of ‘lifelong education’ in which citizens have access to educational resources from preschool through postretirement.”

“The ideal product of lifelong education, the model citizen, ‘is a citizen of Kazakhstan who knows his or her history, language, and culture but who is also modern, fluent in foreign languages and has a progressive and global worldview,’” the report reads.

Despite the progress being made, challenges are significant, but not insurmountable.

“Kazakhstan may have high ambitions for its educational system, and every intention to achieve them, but the issues standing in its way are substantial. They include updating the model of financing education, establishing academic independence in schools, and providing equal access to education,” wrote experts.

Kazakhstan is still in the midst of a transition from centralized funding to government-to-school funding, more often known as per capita funding. But addressing funding is just one tiny piece of the entire picture.

Cornell and Barro also argue about the importance of academic freedom, spearheaded in Kazakhstan by such institutions as Nazarbayev University and Nazarbayev Intellectual Schools. They note that educational institutions should have more freedom in determining their own course curricula and academic content.

“What can be understood from the reforms above is that Kazakhstan, along with its economy and its politics, is attempting to implement fundamental transformations to its educational system. All of these reforms are oriented toward meeting international standards and equipping Kazakhstani citizens with the skills to engage the world economy,” they wrote.

Experts note that one of the fundamental healthcare reforms since the 2000s was the rollout of universal, compulsory, social health insurance in January 2020.

Describing in detail the nation’s large-scale reforms and specific initiatives in the healthcare sector, scholars note the goals Kazakhstan has set, such as reaching a life expectancy of 75 by 2025, building at least eight new hospitals by 2025, and increasing access to medical services for the rural population, are real.

But the nation also faces excessive mortality, particularly from preventable diseases (lower respiratory diseases represent the second highest cause of death in the country), and poor access to primary healthcare.

“Kazakhstan’s new Compulsory Social Health Insurance should do a lot to increase healthcare spending, but more investments still need to be made in primary health care and the treatment and prevention of chronic diseases,” Cornell and Barro write in their report.

In terms of social insurance, the law envisions payments made in the case of loss of income whether it be the loss of the breadwinner, the loss of earning capacity, the loss of work, pregnancy and childbirth, adoption of a newborn, or care for a child under the age of one year as well as benefits paid to mothers and families burdened with intensive childcare. In his Sept. 1 State of the Nation Address, President Kassym-Jomart Tokayev announced the childcare payment period would be increased to 18 months.

“Kazakhstan’s rollout of a functioning pension system, and its ambition to provide greater protection to the segments of society that need it the most are indications that Kazakhstan has come a long way from the stereotypical post-Soviet state and is now developing along the lines of European systems of social protection,” the report reads.

Much of Tokayev’s September address focused on the social sector. He stressed the need to raise the status and compensation of educators, announced an initiative to create 800,000 school places, and demanded that higher education grants be made available to high-performing students and concessional loans in higher education be introduced.

He also spoke in favor of voluntary health insurance and raised the need to address gaps between medical services in urban and rural areas.

“The analysis above suggests that Kazakhstan has conducted considerable work in the social sector to develop into a high-middle income country, responding to the population’s needs and providing conditions for the further human development of the population. This work should be commended, but there is much work left to be done, in conditions that are far from ideal,” said the experts.