NUR-SULTAN – The Constitutional Council will convene soon to consider amending norms in the Constitution to introduce a single-term presidential tenure in Kazakhstan before the early presidential elections scheduled for this fall, reported the council’s press service. 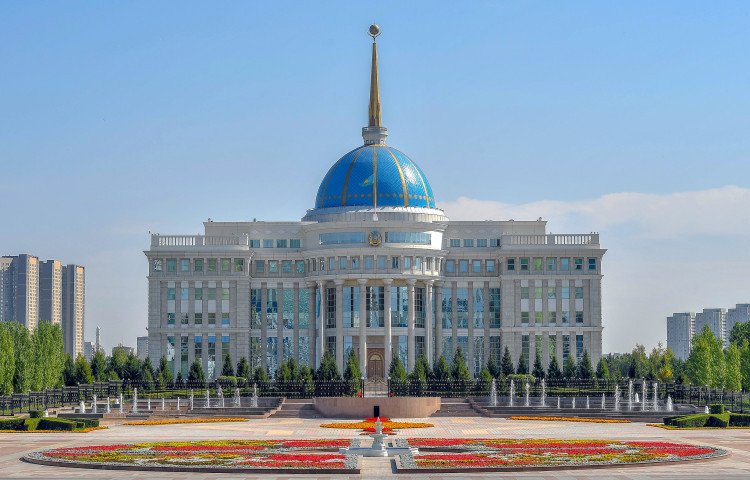 Limiting presidential tenure to a single seven-year term with no right for re-election was the major headline of President Kassym-Jomart Tokayev’s state-of-the-nation address delivered on Sept. 1, replacing the previous two five-year terms, an unprecedented move for the region. All of this, however, will require amending the Constitution, the second time this year after the June 5 national referendum.

A group of deputies of the Mazhilis, a lower chamber of the Kazakh Parliament, proposed to adopt the amendments before the elections, explaining that doing otherwise would allow the person elected as President to run for re-election for a seven-year term.

Deputy Chief of the Presidential Administration Yerzhan Zhienbayev said that the draft law also stipulates that the norms regarding the presidential term and ban on re-election cannot be changed later on.

He said the bill also proposes to increase the term of office for Constitutional Court judges from six to eight years, excluding the possibility of reappointment. The Constitutional Court, one of the initiatives that Kazakhstan voted for at the June 5 national referendum, will start functioning on Jan. 1, 2023.

“In most countries of the world, the term of office of Constitutional Court judges exceeds that of those who appoint them – the President and members of Parliament. It is a basic guarantee of their independence from the influence of various political forces,” said Zhienbayev.

Yermek Toktarov, head of the political research department at the Kazakhstan Institute of Strategic Studies, noted that the proposal, which came from a group of deputies, caused a “heated public debate.”

“The question is really important, as we are talking about the norm, which had not been in the political practice of Kazakhstan. Yes, the seven-year presidential term was fixed in the Constitution from 1998-2007, but the one-term limit is new. Political novelties are always ambiguously perceived in society. But today there is no doubt that all citizens demand changes,” said Toktarov.

Sergey Udartsev, Doctor of Law and Professor at capital-based KazGUU University, explained how introducing a single term of seven years may affect at least two constitutional norms. Paragraph 1 of Article 41, which states that the President shall be elected for five years, and Paragraph 5 of Article 42, which states that the same person shall not be elected as President of the Republic for more than two consecutive terms.

“There are no legal obstacles to the President’s initiative,” he said in a Sept. 13 interview with the Kazakhstanskaya Pravda newspaper.

He said that early presidential elections offer a chance for Tokayev, if re-elected, to “receive a new mandate of the people’s trust for strategic reforms.”

“First, major long-term reforms are announced, which require structural changes in the economy, legal reform to ensure socio-economic and political changes, and most importantly, to translate all these changes into reality and turn them into sustainable new institutions and relations,” he said. “Forming a strong, legal, democratic and effective state, actively supported by the citizens, will ensure the sustainable development of society, the preservation, and protection of the country’s independence, the strengthening of friendly and mutually beneficial relations with others, especially neighbouring states.”

A shorter presidential term in the Constitution, however, does not always ensure the effectiveness in the mechanism of a succession of power, he said, seeing as from 1990 to 2019, Nursultan Nazarbayev continued to be the President of Kazakhstan.