ASTANA – Shymkent has the potential to become a major southern hub, said President Kassym-Jomart Tokayev during the meeting with the city’s public on Sept. 27, reported the presidential press service. 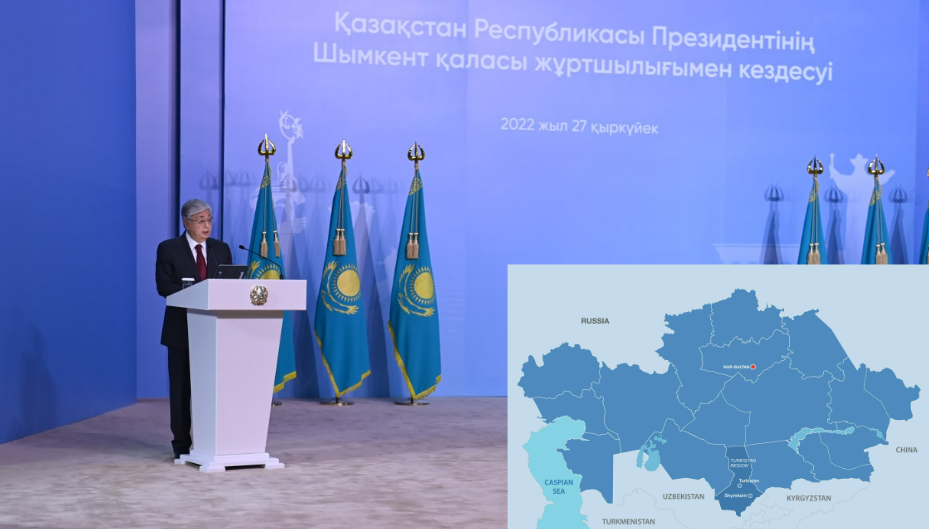 During his visit to Shymkent, President Tokayev highlighted the achievements of the rapidly evolving city and outlined new development tasks. Photo credit: akorda.kz. Click to see the map in full size

The city has attracted over 1.5 trillion tenge ($3.1billion) in investments since it gained the status of a city of national significance in 2018, and received 170 billion tenge ($US354 million) from the budget.

Following a working visit to the Turkistan Region, which Tokayev called the nation’s spiritual and historical capital, he then visited Shymkent, a “fertile cradle of national traditions”, to highlight the achievements of the rapidly evolving city and outline new development tasks.

“Shymkent holds a special place in the spiritual life of our people. It embodies the best features of the Kazakh character… In the glorious land of Shymkent, our nation was formed,” said the President.

For centuries Shymkent was located in a strategically important place in southern Kazakhstan along the Silk Road and in close proximity to one of the largest markets in Central Asia – Tashkent agglomeration, which, if used efficiently, can turn the city into a major hub in the southern region, said Tokayev.

Tokayev highlighted several important positive changes in the city, including the four-fold increase in the city budget, and a 65 percent increase in industrial production. Over 2.5 million square meters of housing have been commissioned. 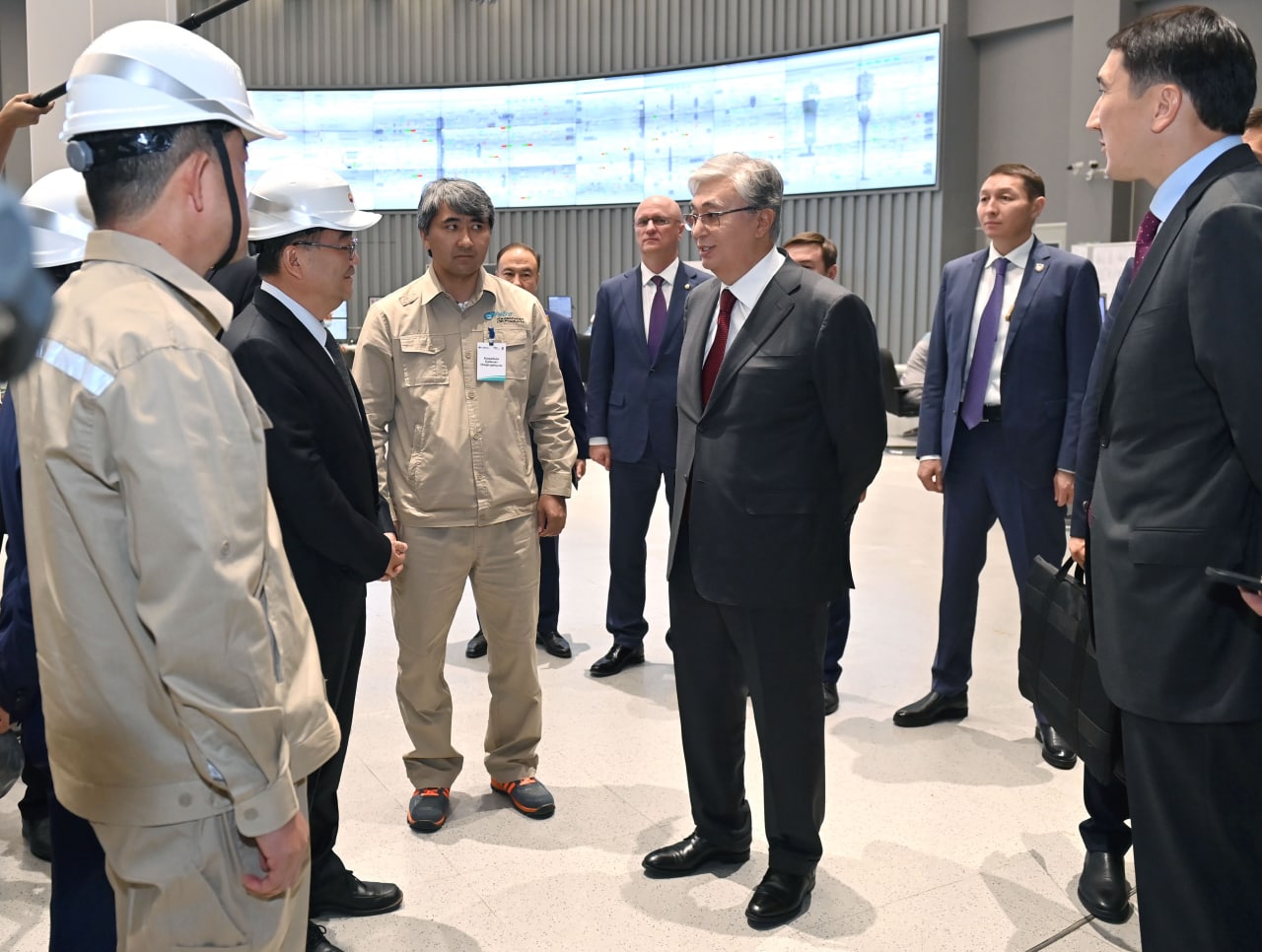 According to Tokayev, the city has opportunities for the development of mechanical engineering, pharmaceuticals, metallurgy, furniture industry, and construction industry. He also set forward the task to expand the special Ontustik (Southern) economic zone and Transport and Logistics Zone.

President Tokayev emphasized the role of entrepreneurs in the development of the city, saying the share of small and medium businesses in the gross regional product has reached 40 percent.

“Southerners have always been known for their hard work, which can serve as an example for many. As they say, hard work is the basis of success. I express my sincere gratitude to you for your contribution to the development of our country,” the President said.

Considering future demographic growth, Tokayev laid out instructions to improve the infrastructure and cultural centers of Shymkent, mentioning the plans to build a maternity hospital, opera and ballet theater, the Palace of Children, the Children’s Creative Center, and the Congress Hall.

Later in the day, Tokayev visited the Shymkent oil refinery plant, one of the largest refineries in the country meeting 40 percent of the domestic market needs. With a design capacity to produce up to six million tons of oil per year, the plant has also begun to produce motor fuel for ecological classes K-4 and K-5.

Over the past three years, the production of gasoline in the plant has increased to 2.1 million tons, aviation kerosene to 340,000 tons, and diesel fuel to 1.9 million tons. All these products are supplied to the domestic market.