ASTANA  –  The Turkistan Region has witnessed a 1.5-fold increase in industry and agriculture since 2019, said President Kassym-Jomart Tokayev during his meeting with the region’s public on Sept. 27, reported the presidential press service. 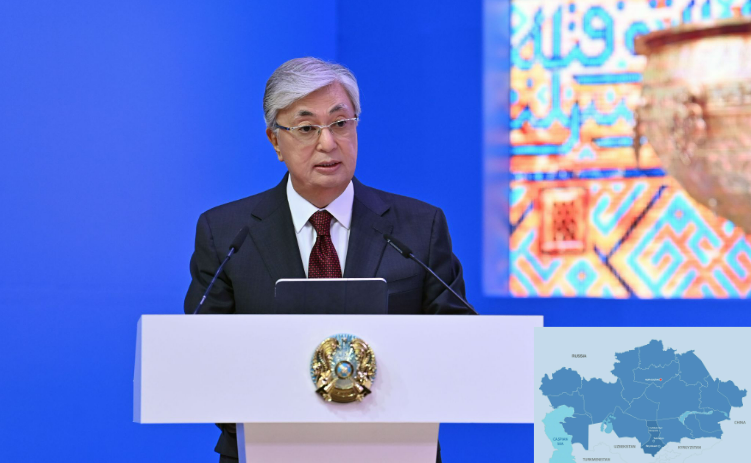 The region is rich in mineral deposits of barite, coal, iron, polymetallic ores, bentonite clays, vermiculite, talcum, limestone, granite, marble, gypsum, and quartz sands. It has also deposits of polymetallic ores on the southwest slope of the Karatau ridge, distinguished by a high content of iron with good enrichment, and mineral resources for the production of construction materials. 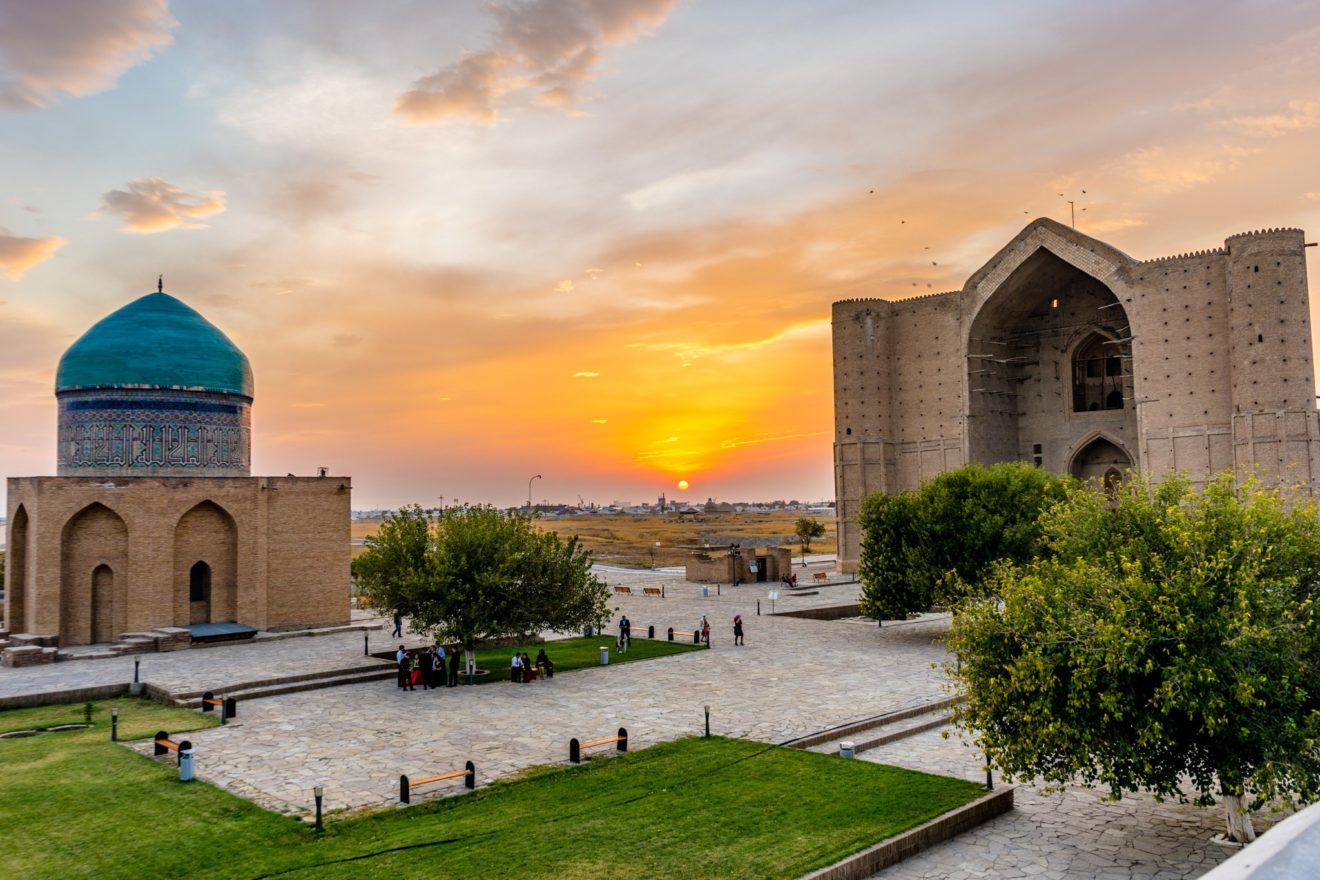 The region is a center of attraction for tourists and Turkistan city became a megalopolis with a developed infrastructure in a very short period of time.

President Tokayev indicated that positive changes that have occurred since 2018 when the Turkistan Region was created, giving a powerful impetus to the economic development of the entire region.

“Holy Turkistan is of special significance to me. I paid my first visit as the head of state right here. Since then, there have been many positive changes,” he told the gathering.

Opportunities are booming in the region, home to hundreds of sacred sites and the birthplace of some of the great thinkers in Kazakh history.

“Turkistan is our pride, the cradle of the Turkic world, a sacred place known throughout the world. This sacred city holds a special place in our history. The Mausoleum of Khoja Ahmed Yasawi in Turkistan is an unshakable pillar of our spirituality. We should therefore pay special attention to Turkistan and this region as a whole. This is, above all, an important task of our government,” said the President. 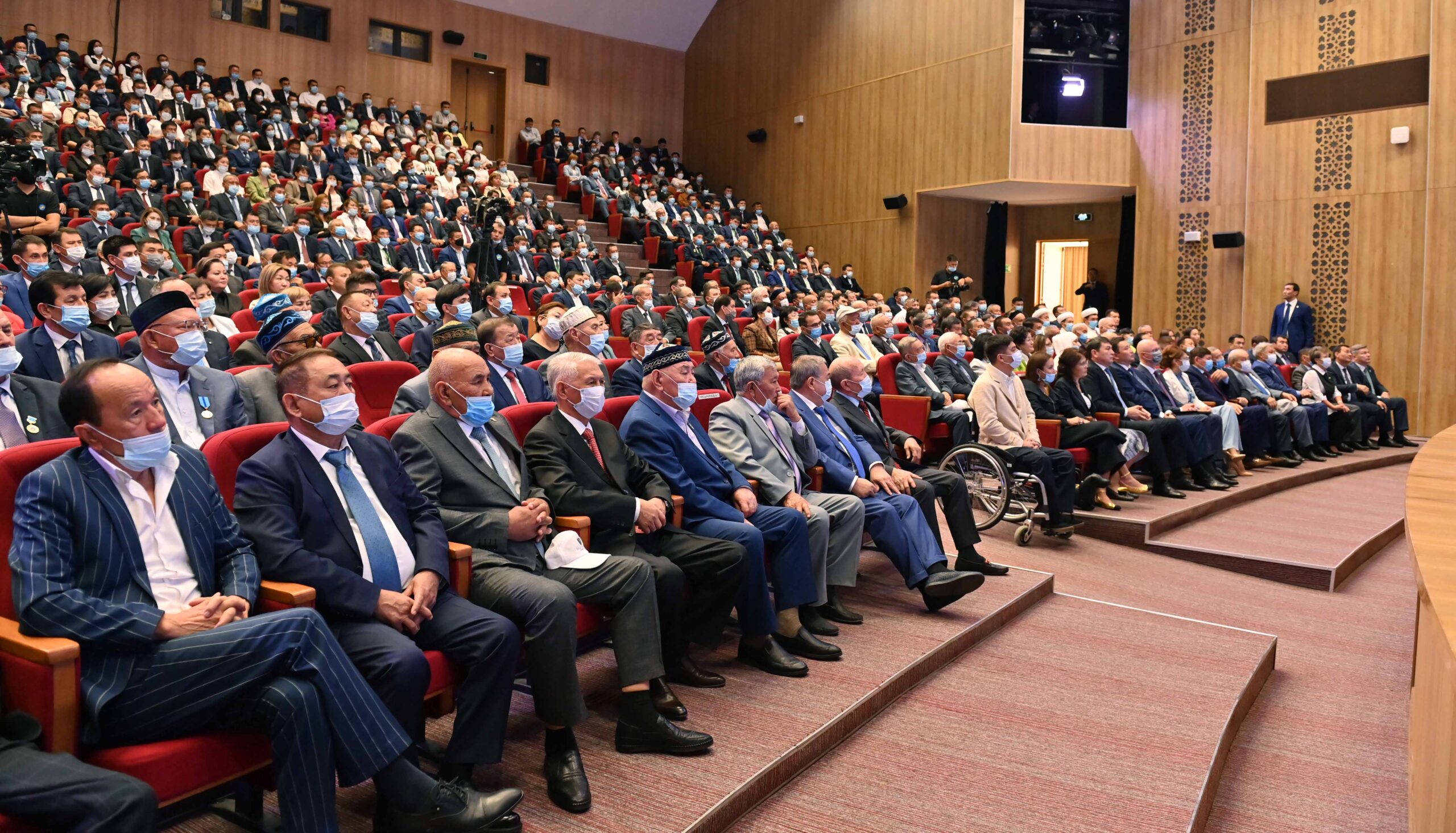 Located approximately 862 kilometers from Almaty and 168 kilometers from Shymkent, it was Turkistan, along with other ancient cities such as Otyrar, Sairam, Sauran and Syganak, along the northern part of the Great Silk Road. Linking east and west, they were major centers of trade, culture, and knowledge. In the 16th century, Kazakh khans (rulers) chose Turkistan as the capital of the Kazakh Khanate, leveraging the city’s significant symbolic meaning in the region.

Tokayev said that Turkistan can be called the nation’s spiritual and historical capital. 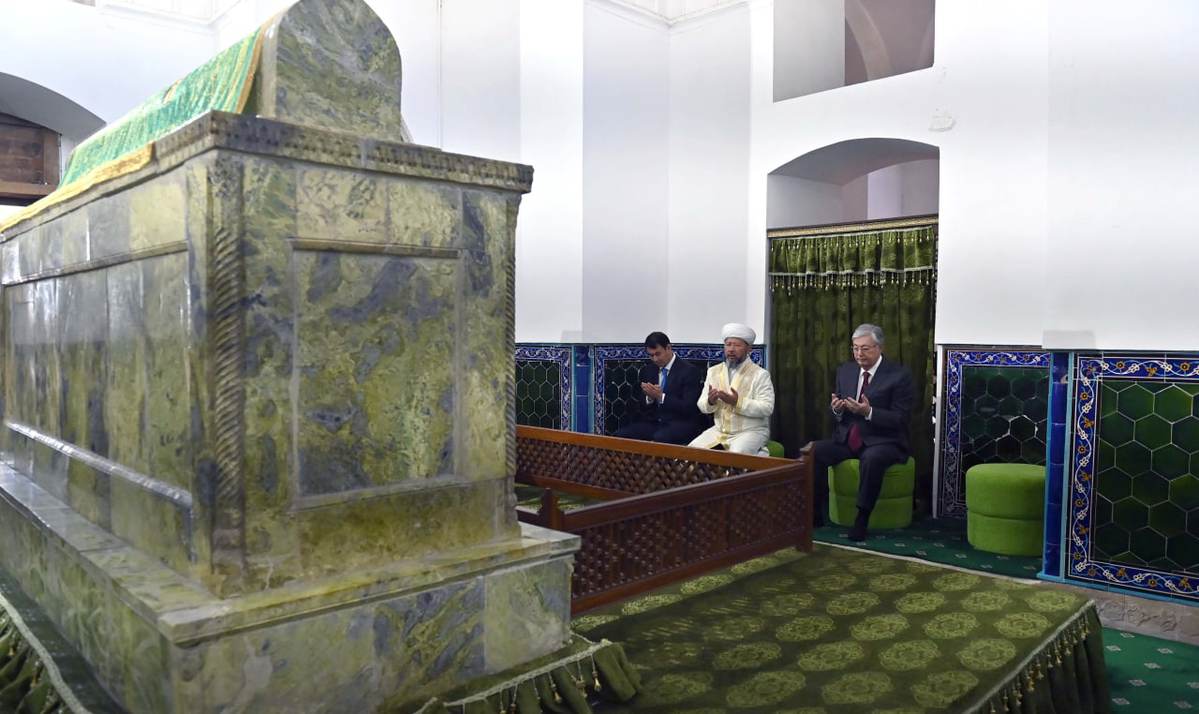 “I think that the government will soon take an appropriate decision on granting such a status to Turkistan. Since ancient times, this city has been the cradle of the nation, the shanyrak of the Kazakh people. Turkistan honorably fulfills this noble mission,” said Tokayev.

In April of 2021, Turkistan was declared the spiritual capital of the Turkic world by the Turkic Council, better known as the Cooperation Council of Turkic-Speaking States.