President Tokayev Wraps Up First Day of His Visit to New York, Reaffirms Kazakhstan’s Keen Interest to Forge Ties with US

ASTANA – The first day of President Kassym-Jomart Tokayev’s visit to New York was busy as he met with representatives of dozens of American companies and attended the Kazakh-American business council meeting reaffirming the country’s keen interest in intensifying bilateral ties with the United States, reported the presidential press office. 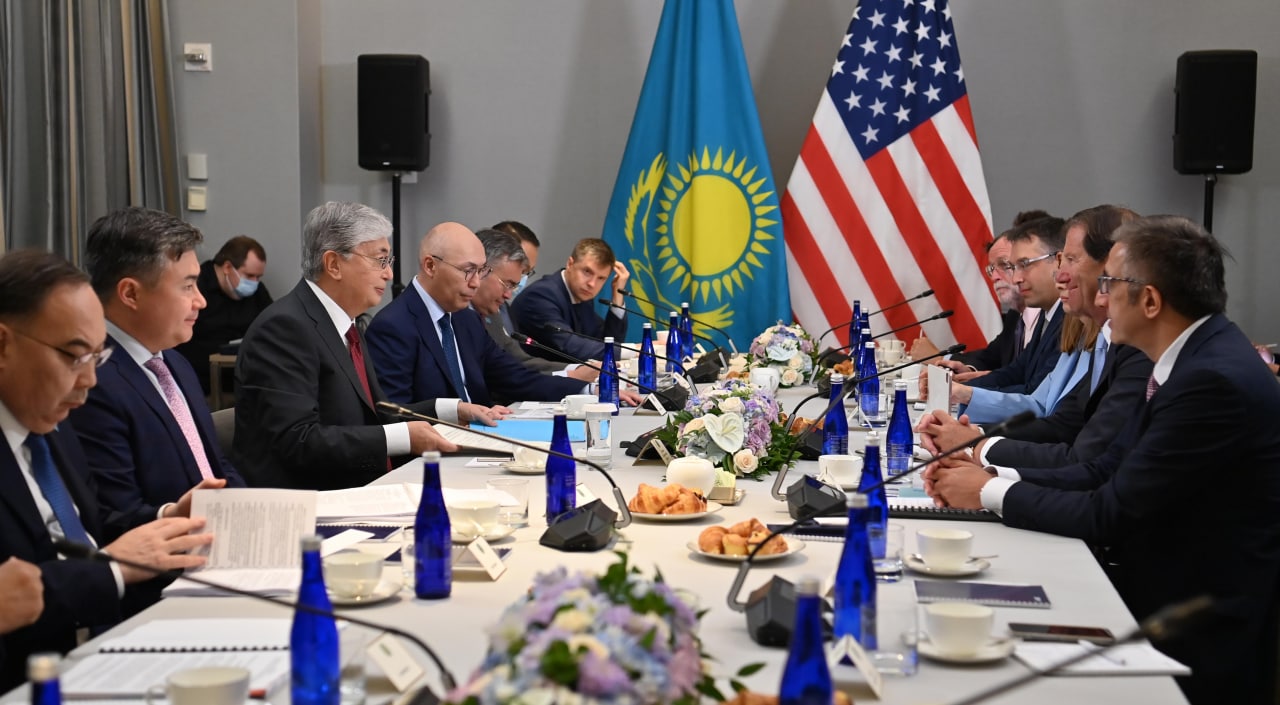 The program of Tokayev’s visit kicked off with a meeting with the heads of global financial institutions, including Citi, Goldman Sachs, NASDAQ, Auerbach Grayson & Company, and Franklin Templeton, among others.

Briefing the American financiers about the large-scale political and economic reforms, Tokayev explained the importance of the reforms for the country’s financial and economic sectors.

“What does it mean for business and financial institutions? It means greater market access and transparency, and in general, it means new opportunities for the private sector and international partners,” Tokayev said, stressing ample opportunities the country can offer in the areas of energy, green economy, transport and logistics, agriculture, as well as support from the Astana International Financial Centre.

At his meeting with Ed Emerson, global managing director for oil and commodities trading at Goldman Sachs, which is working with the AIFC, Tokayev focused on the new investment projects in Kazakhstan.

Agricultural cooperation was the focus of Tokayev’s meeting with Grupo Los Grobo Chairman Gustavo Grobocopatel and the Director of the Growth Lab of the Center for International Development and Harvard University Professor Ricardo Hausman. 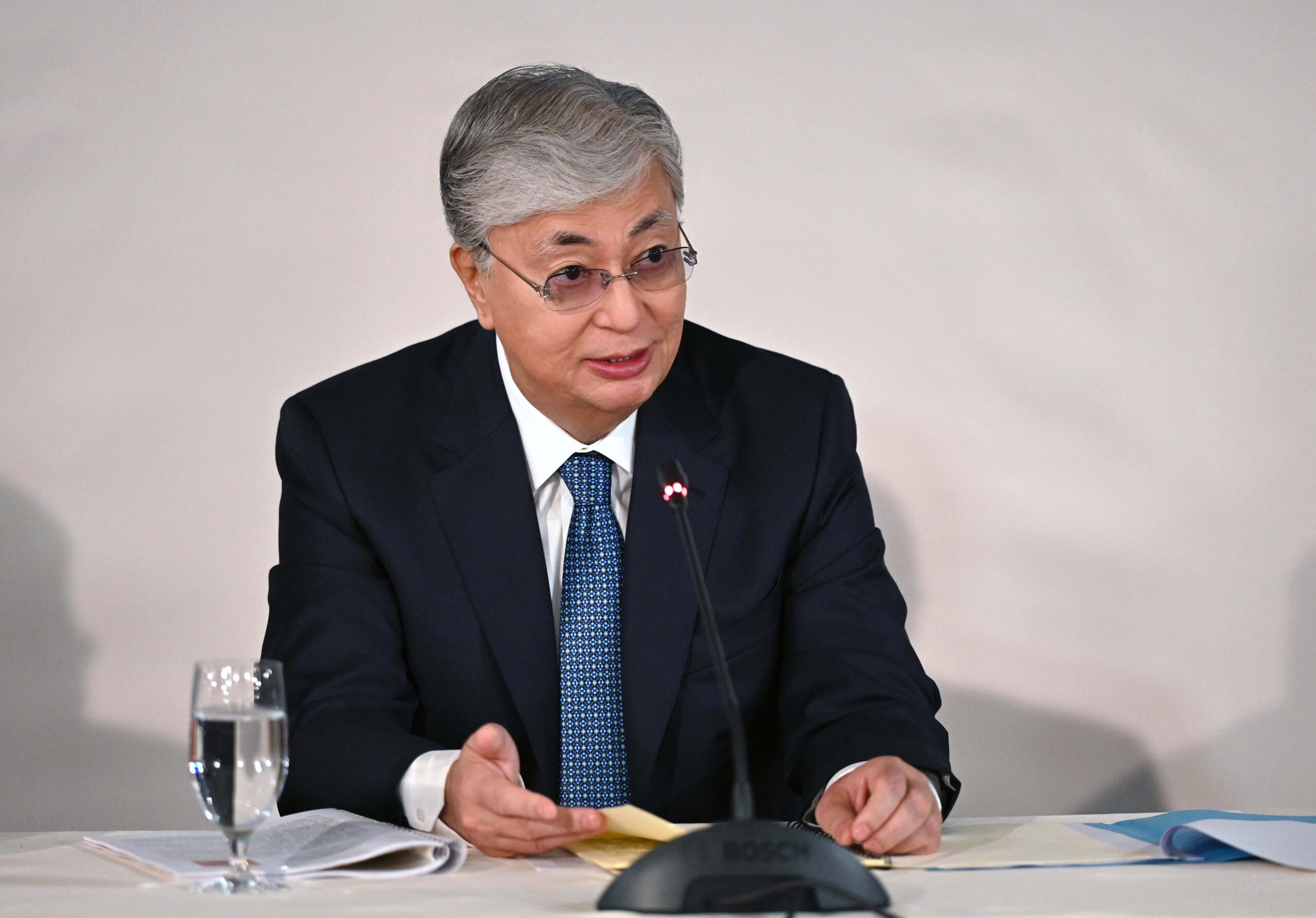 Grupo Los Grobo is the leader in grain and soybean production in Latin America with annual revenues of more than $1 billion. With Kazakhstan’s abundant resources – nearly 75 percent of the country’s territory is suitable for agricultural production – and favourable climate conditions, agriculture offers significant opportunities for investors, with the sector accounting for approximately 5.1 percent of Kazakhstan’s economic production.

Kassym-Jomart Tokayev also met with Daniel Yergin, vice president of S&P Global, one of the world’s largest financial analytical companies, which, at the beginning of September, has lowered its outlook on Kazakhstan to negative, from stable, as a result of the potential oil export curb due to the challenges that the Caspian Pipeline Consortium faces. Tokayev and Yergin discussed energy security and measures to improve the country’s global competitiveness.

Nabil Habayeb, senior vice president of General Electric International Markets, announced the company’s plans to localize the production of medical equipment in Kazakhstan during his meeting with the Kazakh President, as well as the plans to launch a new production line for ultrasound and CT machines.

Kazakhstan’s emerging IT sector can benefit from the expertise of US companies. In 2021, Kazakhstan pledged to train 100,000 IT specialists and bring the export of IT services to US$500 million by 2025. 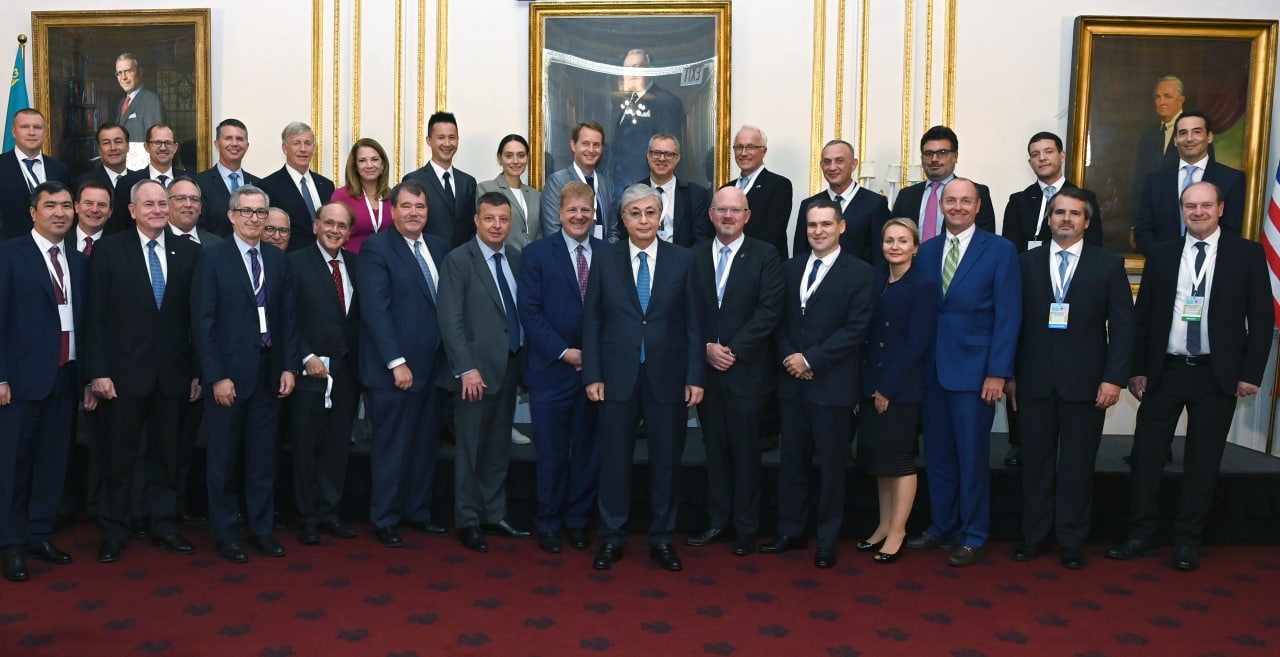 The Kazakh delegation and top American executives pose for a group photo after the roundtable. Photo credit: Akorda

Tokayev met with Arkady Dobkin, the founder and Chairman of EPAM Systems, one of the world’s leading global providers of software development services and complex digital platforms.

The two have considered the prospects of creating a full-fledged technological hub in Kazakhstan and ways to increase human capital in the IT sphere.

Microsoft is considering expanding its presence in Kazakhstan. The prospects for doing that as well as the plans to open an IT lab, the retraining and advanced training of IT specialists were discussed by Tokayev and Michelle Simmons, general manager of Microsoft for Central Asia and Eastern Europe.

With Coursera CEO Jeff Maggioncalda, President Tokayev discussed prospects for establishing a tech hub in Kazakhstan and potential areas of cooperation, such as reskilling the government workforce, and academic support programs for universities. In 2020, Coursera partnered with the Kazakh Ministry of Labor and Social Protection to offer free courses for Kazakh citizens. Back then, at least 57,000 applications had been submitted, with the most in-demand courses in English language, programming, and project and product development. 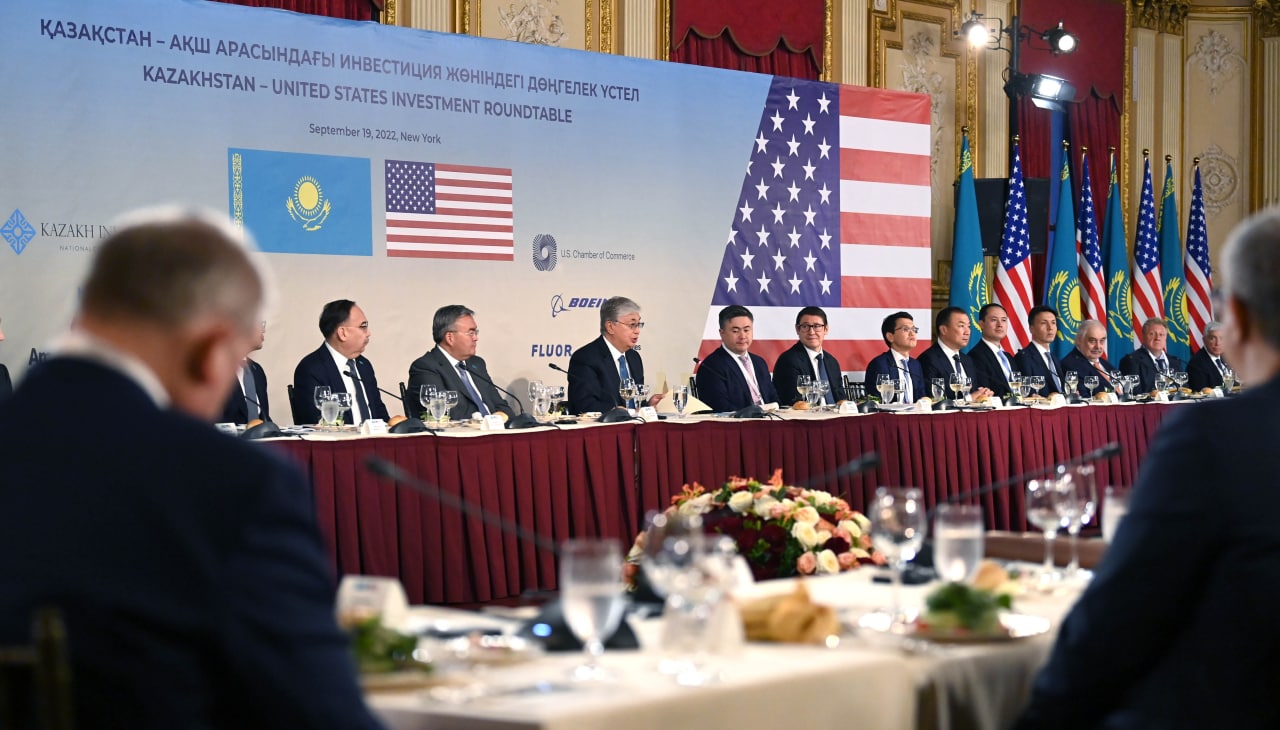 Kazakhstan and the World Economic Forum

Schwab also praised the political and economic reforms spearheaded by Tokayev, who, in turn, commended the cooperation between the WEF and AIFC.

The US is one of the three largest foreign investors in Kazakhstan. The trade turnover between January and July 2022 was $1.5 billion, 36.6 percent more than the same period last year. Exports from Kazakhstan to the US increased by 77.2 percent to $769.2 million.

Emphasizing the strategic economic partnership between Kazakhstan and the US, Tokayev spoke in detail about the economic potential of Kazakhstan, the measures taken to improve the investment attractiveness, and growing opportunities in the energy, agriculture, industry, transport and logistics, digitalization, finance, and renewable energy.

“My team has a great track record in helping you attract investment that makes it easier for your companies to do business in one of the fastest growing economies in the region. I hope that today’s meeting will serve as a practical step in promoting trade and economic and investment cooperation, as well as further strengthening the strategic partnership between Kazakhstan and the US,” Tokayev told the gathering.

The Kazakh leader emphasized Kazakhstan’s commitment to continue diversifying and expanding partnerships with the US in all sectors.