By Dana Omirgazy in Culture on 12 September 2022 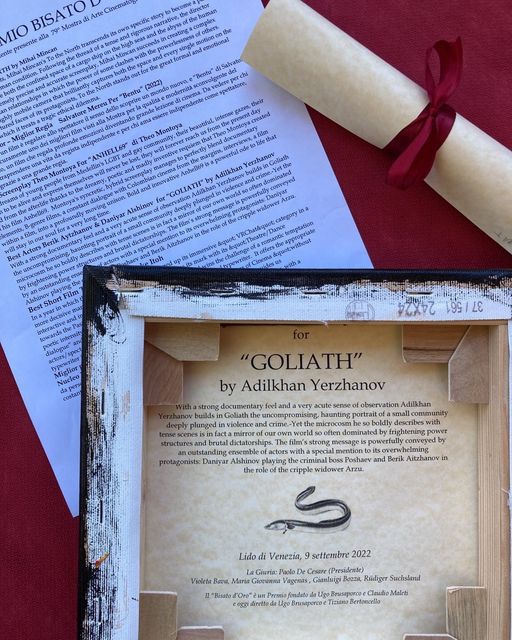 The events in the film take place in the village of Karatas which is suffering under the rule of local criminal boss Poshaev (Alshinov). He provides shelter and employment to the local population but executes those who dare to oppose him. The wife of a poor man named Arzu (Aitzhanov), Karina, who informs the authorities of the crimes occuring the village, suffers the same fate.

Yerzhanov’s films have been included in many international film festivals, including Cannes, Venice, Stockholm, Rotterdam, Busan, and Bruges. He is the first director from his country to win the Asia Pacific Screen Awards 2019 for the movie “A Dark, Dark Man.”