By Aida Haidar in Business on 7 September 2022

NUR-SULTAN – More than 40 foreign companies are relocating to Kazakhstan from Russia, said Deputy Foreign Minister of Kazakhstan Almas Aidarov on the sidelines of the Kazakh-German business forum in Nur-Sultan on Sept. 6, Kazinform reported. 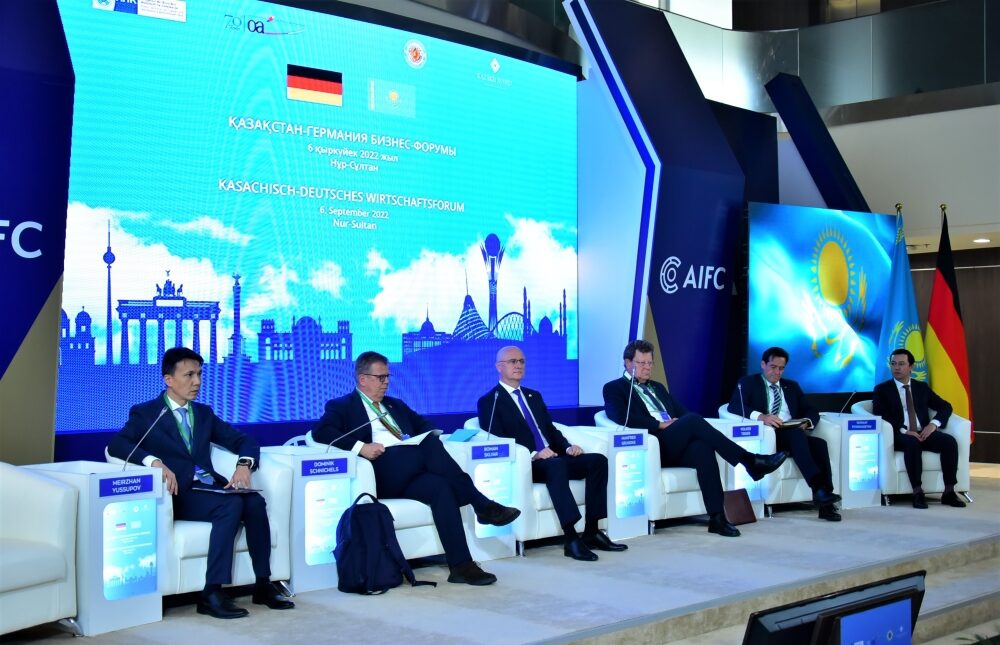 According to Aidarov, Kazakhstan is interested in 300 foreign companies from more than 20 countries, with the majority coming from Germany and the United States, which have announced their exit from the Russian market. These are primarily industrial, commercial, and information technology firms.

“Nearly 50 of the 300 companies we were interested in immediately responded that they were not currently considering relocation plans and were waiting for the situation to develop. However, 44 corporations have signed agreements to relocate their offices, workers, or production here,” he said.

As stated by Aidarov, nearly 40 of those companies are from Germany.

According to the Deputy Minister, Germany’s annual investment volume is $400-450 million.

“These investments are lucrative since no dollar is spent on oil and gas. All of them are directed at the manufacturing industry, services, and agriculture,”  Aidarov said.

The American corporation Honeywell, which manufactures electronic control and automation systems, was the first to relocate its headquarters from Russia to Almaty. The company’s revenue exceeds the GDP of the entirety of Kazakhstan.

Following the introduction of sanctions against Russia by the European Union and the United States, several companies announced their intention to cease operations and leave the country.