ASTANA – Kazakhstan’s national football team advanced to League B after a historic win on Sept. 22 over the team from Belarus (2:1) on matchday five of the Union of European Football Associations (UEFA) Nations League, reported the UEFA official website. 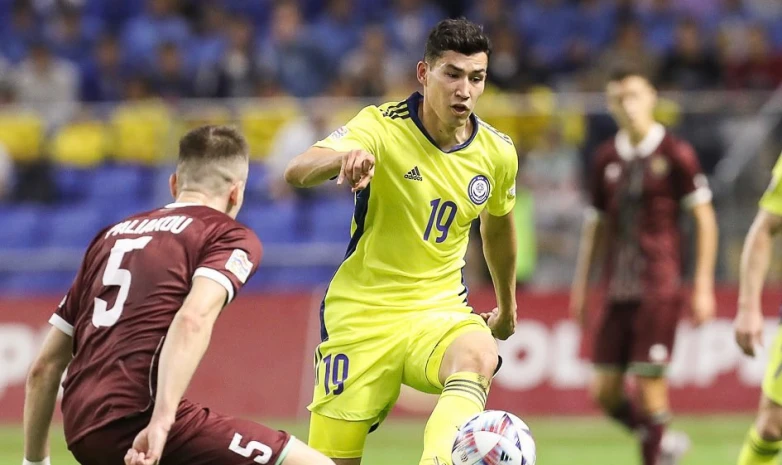 “Kazakhstan has made history, however pompous that may sound. The Kazakhs beat Belarusians at home and became the winners of Group C3 ahead of schedule. The last game for Magomed Adiyev’s team is a pure formality. No one can catch up to Kazakhstan,” the UEFA official website commented on Kazakhstan’s victory.

According to it, such an outcome was “unexpected,” and “few people believed in Kazakhstan in the group with Slovakia,” who was a favorite.

Kazakh President Kassym-Jomart Tokayev congratulated the athletes on their victory.

“Having defeated the team of Belarus, Kazakhstan’s football players took first place in their group of the League of Nations. It is a big success. Congratulations to our athletes! I wish them to achieve new highs in this popular sport!” Tokayev wrote on his Twitter, less than an hour after the historic win.

Counting this win, Kazakhstan earned an overall of 13 points this season, setting a new record for itself in UEFA history. Previously, the team managed to earn 10 points in UEFA Euro 2008 and 2020 championships.

The Kazakh national ream has one more match against Azerbaijan on Sept. 25, where they will try to break their record.