ASTANA – Yerkin Tukumov, the director of the Kazakhstan Institute for Strategic Studies, spoke to the Kazinform news agency on Kazakhstan’s role in global security, President Kassym-Jomart Tokayev’s participation in the 77th session of the United Nations (UN) General Assembly, and partnership with the United States. The article below is the translation of the interview, which was originally published in Russian. 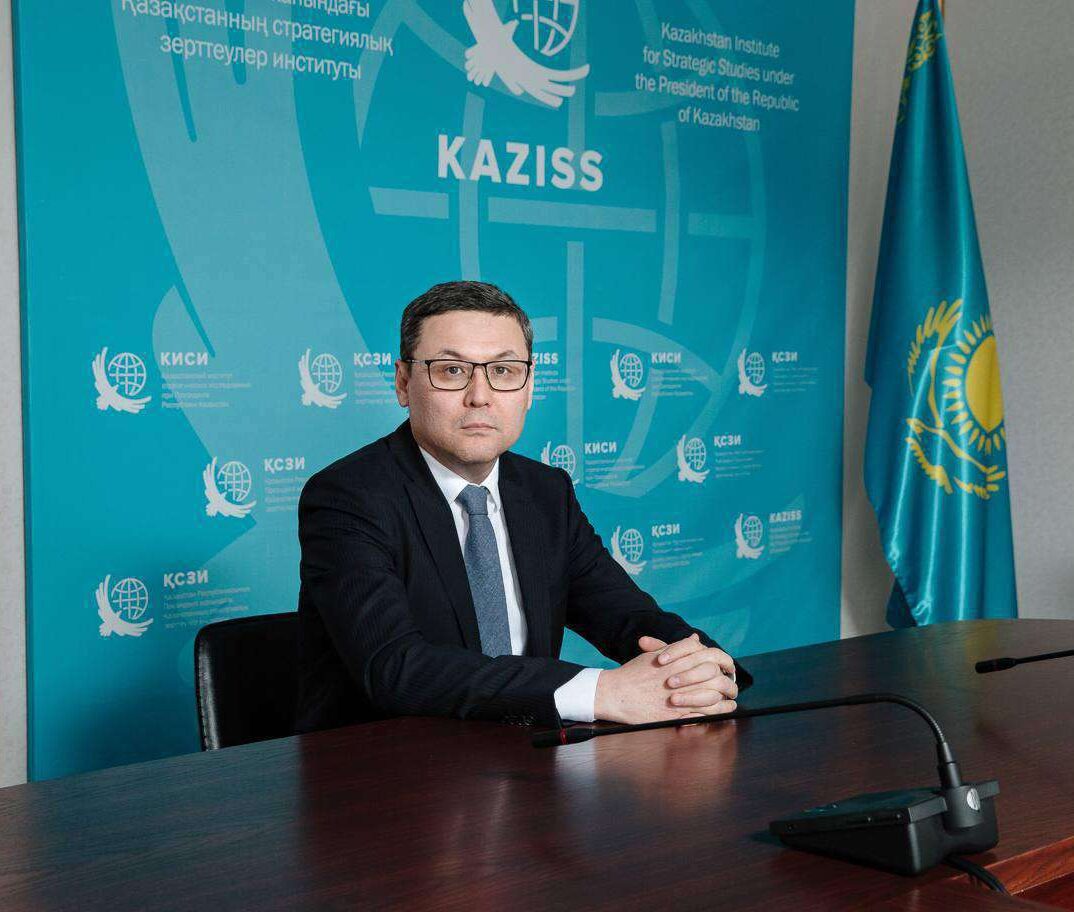 What is Kazakhstan’s role in ensuring global security and achieving the Millennium Development Goals?

I think that Kazakhstan’s role is important. We are indeed doing a lot in this direction. It is probably too early to talk about any great progress now, but we are on the right track because at least we understand the importance of these goals.

However, that is not where I would like to start. Of course, the Millennium Development Goals are very important, and they should not be underestimated, but they are mainly concentrated in the humanitarian, and ecological spheres, as well as in economics. Those goals are the reduction of child mortality, the fight against poverty, and the fight against infectious diseases, which is very important right now, especially against the backdrop of the unresolved pandemic.

It seems to me that now it is very important to discuss global security issues from the point of view of the survival of the human race in general. In the three decades since the collapse of the Soviet Union, humanity has once again found itself facing serious choices. These are the questions surrounding international law observance, which are discussed a lot, but about which little is done. It is also a question regarding the use of nuclear weapons. It is also about improving the UN, as the only international global organization responsible for upholding all norms of international security. The fact that the leaders of all countries traditionally gather at the end of September in New York at the UN headquarters to discuss international security and global warming issues is important for the entire planet.

Kazakhstan will certainly continue its initiatives in a number of areas. Our country has always been a proactive actor in international relations, moreover, we not only propose, but also implement our recommendations, including those in the sphere of international dialogue. The recent seventh Congress of Leaders of World and Traditional Religions held in Astana is a proof of this.

Besides, Kazakhstan has repeatedly put forward initiatives on the issue of nuclear non-proliferation. Now, I think it is time to come up with new proposals to address those issues, especially since our country has every moral right to do so.

In your opinion, what useful solutions for all of humankind will the 77th session of the General Assembly produce?

Traditionally, the leaders of the countries will gather to discuss the most acute issues facing humanity. As for international security this year, of course, these are the issues related to the situation in Ukraine. These are the issues of sanctions. Heads of state will discuss the ongoing pandemic and the non-proliferation of nuclear weapons. The theme of the Millennium Development Goals is a must [to discuss]: it is necessary to clarify what goals we have already achieved and what additional steps need to be taken to address acute issues facing humanity.

Dialogue is needed in any case. Some fundamental decisions require long-term diplomatic work, without which there are no quick and effective solutions in global politics. The main task today is to preserve peace in many parts of the world.

As far as I know, the 30th anniversary of the adoption of the Declaration on the Rights of Minorities around the world is on the agenda. That is also a very important topic.

The Transforming Education Summit is being held there these days as a response to the global crisis in education. As we know, Kazakhstan pays a lot of attention to education. Some steps are already being made.

Our country now has a Ministry of Education and a Ministry of Science and Higher Education, which shows that as responsible members of the international community we have set the right accents to achieve strategic goals in education and we will continue to take into account the recommendations that will be developed on a global platform.

The UN is the only international global organization that has now proven its effectiveness and relevance. Therefore, I think that some important decisions, if not adopted, will at least be discussed in this direction. Of course, many issues are considered every year, but we must understand that this year is special in terms of global security.

What areas of the multifaceted partnership between Kazakhstan and the US can you call effective and successful?

I became a Harvard University Representative this year and I have to say we have a growing community of Harvard alumni. I think it is very important to use this potential to develop Kazakhstan. Especially now when we have announced, and are already in the process of fundamental economic and political reforms. If we are talking about economic and social modernization, the experience and knowledge that graduates of Harvard University and other leading universities around the world have gained can now be used to develop Kazakhstan.

As for the interaction between the US and Kazakhstan, we have had very good relations throughout the entire period since independence in the political, economic, and humanitarian spheres. We are developing relations with the US primarily for the purpose of our national interests. The biggest investments among all our foreign partners are U.S. investments. Many key multinational corporations are present in our market. We have well-developed cooperation in education.

Without human capital, it will be impossible to carry out reforms: neither economic, political, or social. President Kassym-Jomart Tokayev rightly said that first of all, we need to change public consciousness. Consciousness begins with education. But, of course, we must also develop economic relations. We all understand that the US has been and remains the leading global power.

This includes new technologies, which is why it is important to open representative offices for technology companies in our country. There is also the issue of attracting investment into the non-resource sector.

In general, we have a lot to offer, for example, in agriculture. Yes, the world needs food, we have a huge untapped production potential, and the US has advanced technologies in this field.

When it comes to the development of political relations, I think that high-level visits should help to improve the quality of bilateral relations. We should try to take our relations to a new, higher level.

We need to develop strategic relations between the two countries. I think this is important both for us and for the US.