By Assem Assaniyaz in Culture on 7 September 2022

NUR-SULTAN – The ARBA international exhibition by the TAMYR creative group was unveiled to the public on Sept. 2 at the Kazakh National Museum, according to Kazinform. 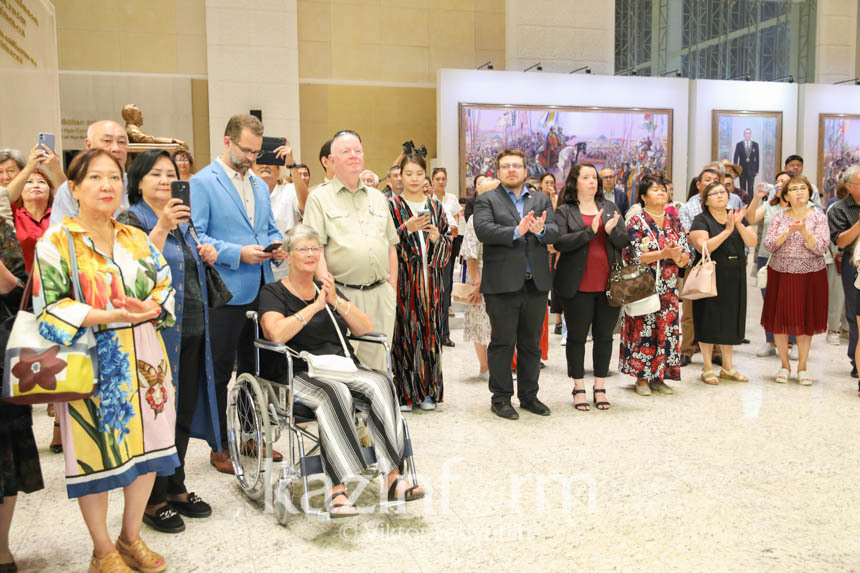 Kazakh students, art enthusiasts, diplomats, as well as the authors of works have attended the presentation of the ARBA exhibition. Photo credit: Kazinform

TAMYR (“roots” in Kazakh) is a Shymkent-based group comprising 11 artists from Kazakhstan, Kyrgyzstan, and Russia. They have been collaborating for more than 40 years.

The artists reflected the cultural values, history, culture, customs, and traditions of the Kazakh nomadic people in their contemporary artworks.

“I’m excited to be here and to see the TAMYR’s works and other artists from around the country,” said Ambassador of Canada in Kazakhstan Alan Hamson, who has visited the exhibition.

According to National Museum Scientific Secretary Sayalbek Gizzatov, the ARBA exhibition symbolizes the beginning of a new life.

“I try to reflect people’s lives in my works. The joy of communication is above all. Now a new page is opening in communication after the removal of COVID restrictions,” said Zhyrgaly Maturaimov from Kyrgyzstan, who has previously presented his works in Türkiye, China, France, Iran, Uzbekistan, and Russia. 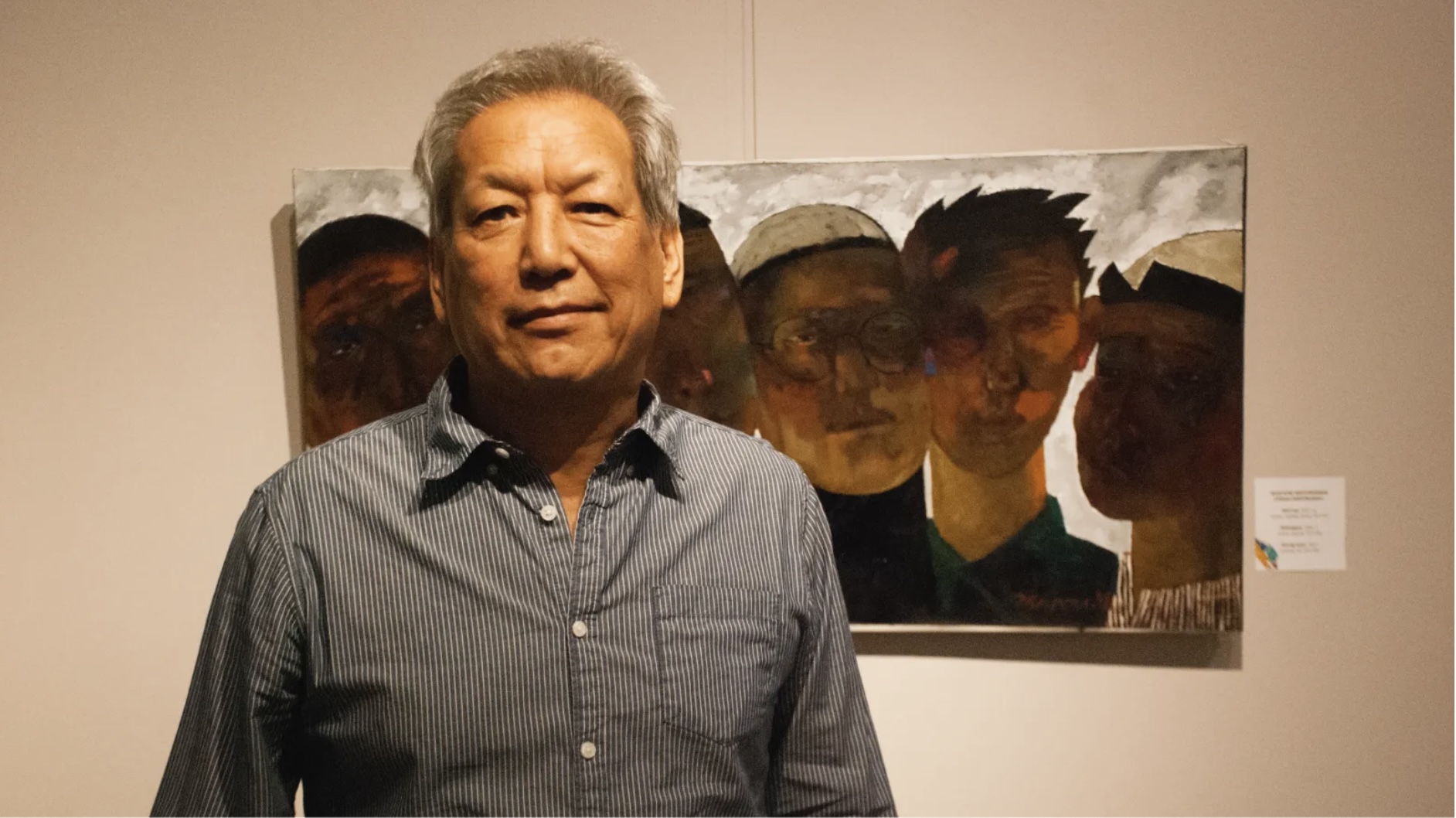 Ainur Assanova, also a member of the TAMYR group and the Kazakh Union of Artists, emphasized the event’s cultural significance. According to her, following the dissolution of the Soviet Union, the artists made up for the loss of support they once had by creating a new community of artists to help one another.

“We have provided the works so that you can assess them. Our paintings reflect the national idea. The exchange of opinions is precious for us,” Assanova noted. 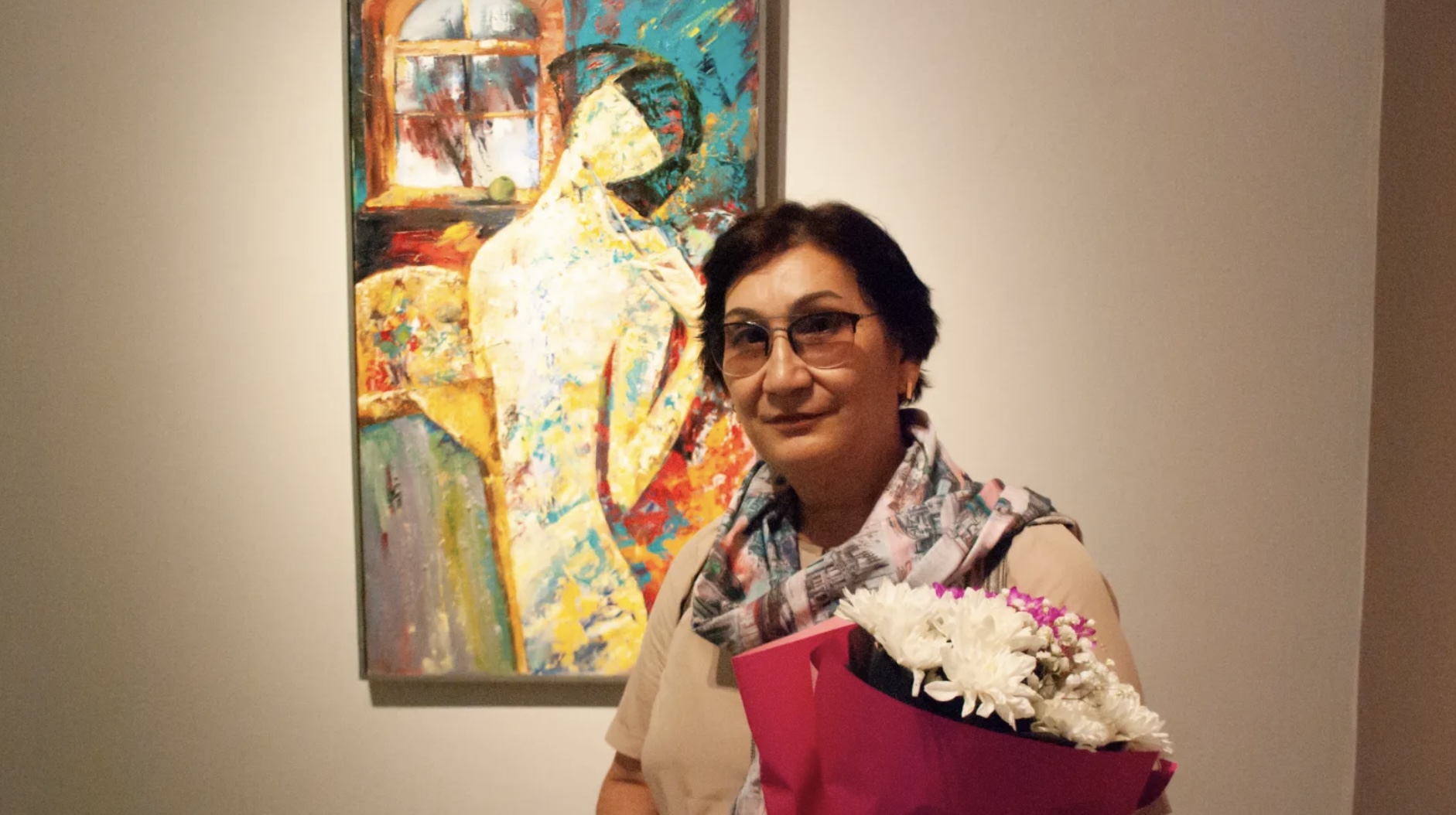 Another member of the TAMYR group, the Kazakh Union of Artists, Sultan Ilyaev, noted that each ornament represents a coded symbol.

“Each painting has its meaning: a fish represents mystery while a bird – freedom,” explained Ilyaev.

The Kazakh Union of Artists has also commended 12 works of Madina Mukhtarova from Shymkent.

“I try to use bright colors in my works. A person should spiritually give light and radiate well. If the soul gives something positive, it’s wonderful,” she said.

The exhibition will run until the end of September.