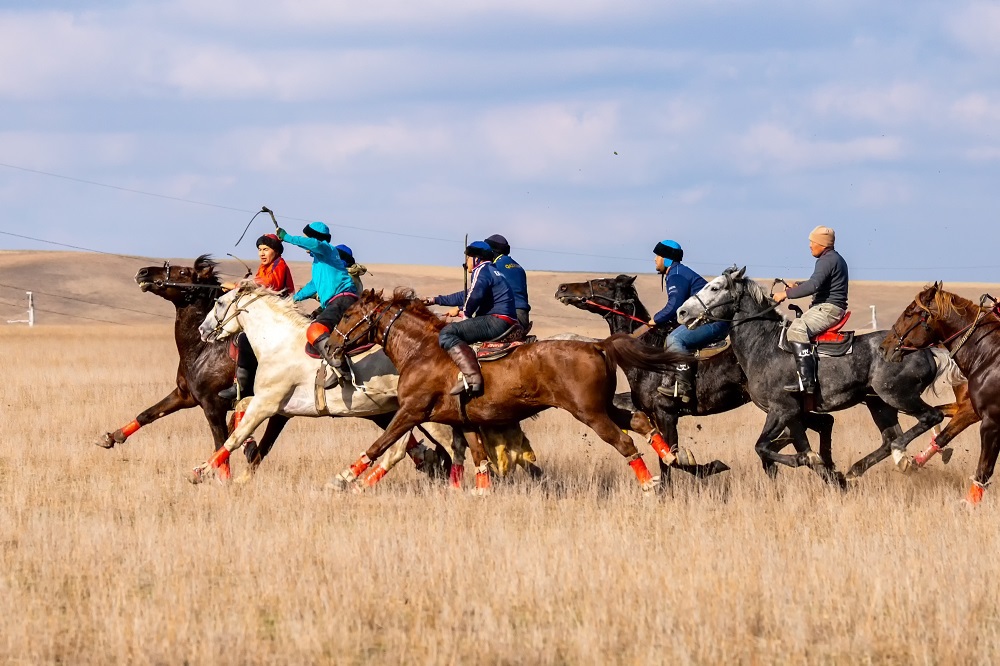 Kokpar is one of national games, in which teams on horseback try to advance an object toward a goal. Photo credit: inbusiness.kz

The event will also feature – tenge ilu – a competition in which riders must pick up a scrap of material from the ground at full gallop, and audaryspak – a traditional horseback wrestling.

Kyrgyzstan hosted the World Nomad Games in previous years. The national team of Kazakhstan took second place in 2014 and 2018 and third place in 2016 in the overall standings.