By Staff Report in Congress of Leaders of World and Traditional Religions, International on 9 September 2022

In the run-up to the seventh Congress of Leaders of the World and Traditional Religions in Nur-Sultan, The Astana Times spoke with Renee Hattar, the Director of The Royal Institute for Inter-Faith Studies about the religious affairs and Kazakhstan’s initiatives in this sphere.

Following is a Q&A with Dr Renee Hattar. 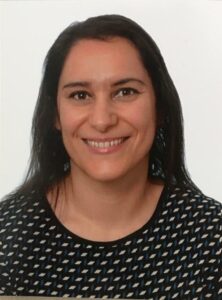 What do you think is the uniqueness of Kazakh way of interfaith harmony?

The variety of ethnicities and religions in Kazakhstan has given its people an important experience in interfaith harmony. The historic interaction of different cultures which met in the heart of Eurasia has allowed for spiritual values to influence social harmony and relations between people. This is still maintained today, even in a modern secular state, allowing for such values to continue to create bridges of understanding and social cohesion between its citizens.

How would you evaluate the Kazakh initiatives aimed at strengthening trust and peace between countries and peoples?

The Congress of Leaders of World and Traditional Religions has been one of the most important Kazakh initiatives of peace and interfaith dialogue on a global scale. The importance of such initiatives lies in gathering a significant number of religious leaders from all over the world to convene and discuss different contemporary issues focusing on the role of religion, spirituality and leaders in social development of humankind.

What influence religions have on the creation of a fundamental global process?

Many people around the globe consider themselves to be religious, spiritual or confess to a religion. For so many years, governments have considered religion to be in a private sphere, but today many of them have realized that religions’ influence many aspects of life and can play a role in societies and countries on different levels.

Religious diplomacy is also important as leaders engage in dialogues and initiatives to find ways to close divides and develop political will in complex contexts.

How important is interreligious and interfaith dialogue in the conditions of modern challenges? What do you think about the future of this interaction?

Interfaith work and interreligious dialogue are important to advance understanding, cooperation and respect amongst people from different cultural and religious backgrounds towards building a ‘culture of peace’. This is the basis for many peacemakers who believe in the importance of interfaith work but it was also adopted by the General Assembly of the UN on 25 May 2007 (UN 2007) to hold high level meetings on that topic.

Building on positive experiences and learning from each other can serve as a pillar for avoiding conflicts and waging peace.

The author is Renee Hattar, the Director at Royal Institute for Inter-faith Studies, Jordan, Amman. She holds a PhD in Peace Studies from the University of Granada, Spain specialized in Music and Peace. Her focus of study includes Arab Christian studies, interfaith studies, and peacebuilding.