By Saniya Bulatkulova in Society on 25 September 2022 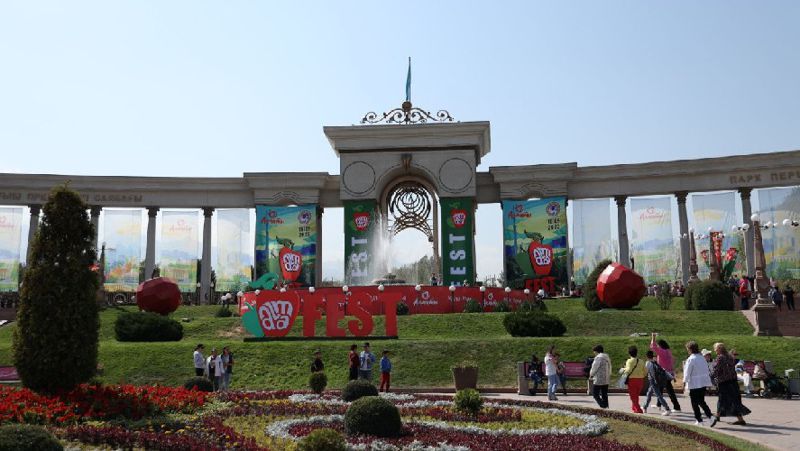 As the capital of Kazakhstan from 1929-1997, Almaty continues to be the country’s commercial and cultural center and the most populous city.

One of major events to celebrate City Day was the ALMA Fest taking place in the First President’s park.

The annual large-scale family festival has become a tradition giving a chance to the public to enjoy cultural and entertainment activities, competitions, master classes, and a festive concert. 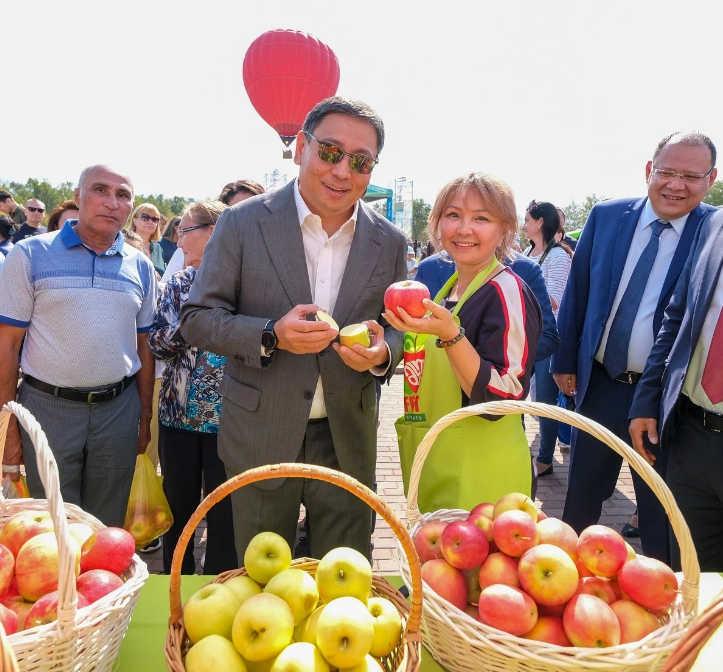 Almaty city akim (mayor) Erbolat Dossayev with one of the farmers at the festival. Photo credit: almaty.tv

“Almaty is an amazing and unique city with an incredible history, special culture, and stunningly beautiful nature. This is really special place – a spiritual and cultural center, the golden cradle of Kazakhstan’s independence,” said Dossayev.

The festival organizers divided the park into nine zones so that all visitors could choose what they were most interested in.

Alma Alemi was the first zone from where the public could observe living installations and take photos against their background. People were greeted by characters associated with apples: the Father of Apples (Alma Ata in Kazakh), and Snow White and the Seven Dwarfs, among other animations. 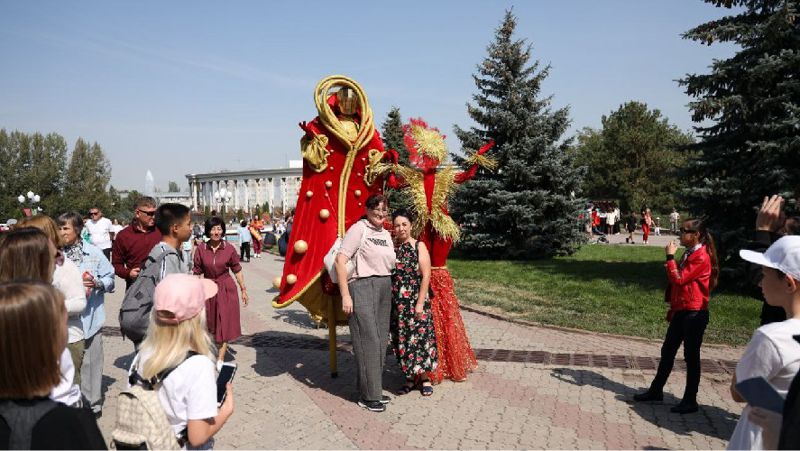 The Ethno Zone was a historical reconstruction, which showcased the lifestyle of the ancient Kazakh people.

The stage was fashioned in the form of a yurt (a traditional dwelling of nomads) was installed in the area to allow folk music artists to perform. The audience was able to listen to aitys (national composing competition), and the representatives of modern ethnoculture, Sazgen sazy folklore and the ethnographic ensemble as well as soloists and artists of the Alatau Traditional Art Theater. 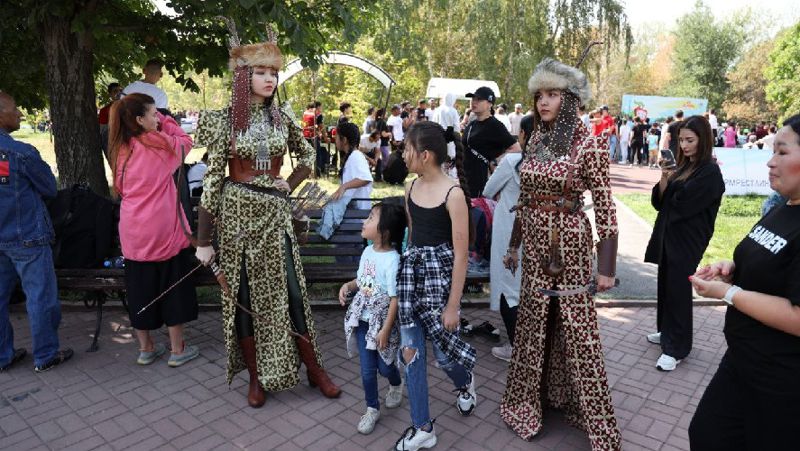 Guests of the festival could take pictures with girls in warrior costumes. Photo credit: Zakon.kz agency

Alma Korkem zone was the next spot, where young artists, and art school students demonstrated their works. The platform was created to commemorate the Year of Children that was declared by President Kassym-Jomart Tokayev in his New Year’s address.

Alma Zhiger was a territory for active youth, who are passionate about sports. 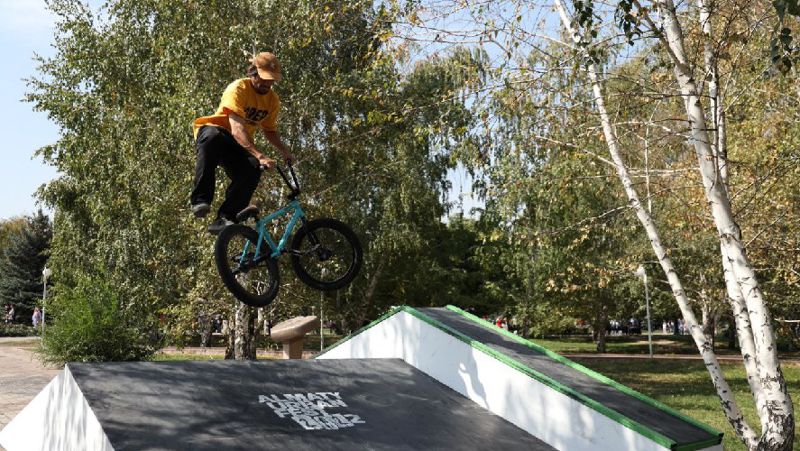 The Alma Otbasy was an area dedicated for families with children. There, the organizers prepared a huge panel with coloring books, attractions, art and sports workshops for children, as well as games for the whole family.

The Alma Bazaar zone featured an apple fair, where several apple farms of the city and Almaty Region brought approximately 100 tons of apples, so people were able to choose apples of different varieties, including aport, one of the most valuable varieties of apples, which became the trademark of the city at one time. 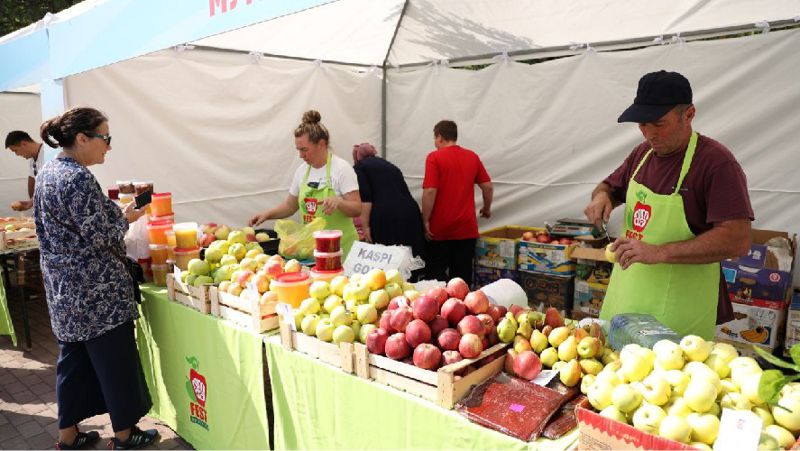 The Alma Balausa zone was an extensive children’s play area with master classes, performances, and games accompanied by fun animators. 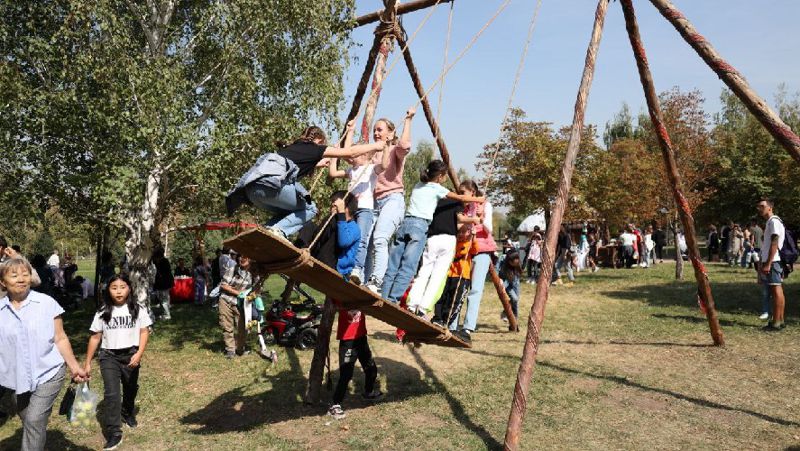 The other two zones  – Alma Picnic and Alma Demalys  –  included an outdoor picnic area and an open-air cinema featuring films by Kazakh and foreign directors.