By Zhanna Shayakhmetova in Culture on 12 August 2022

NUR-SULTAN – This week, a plethora of cultural events were held abroad to honor the 177th anniversary of great poet and philosopher Abai Kunanbayev. 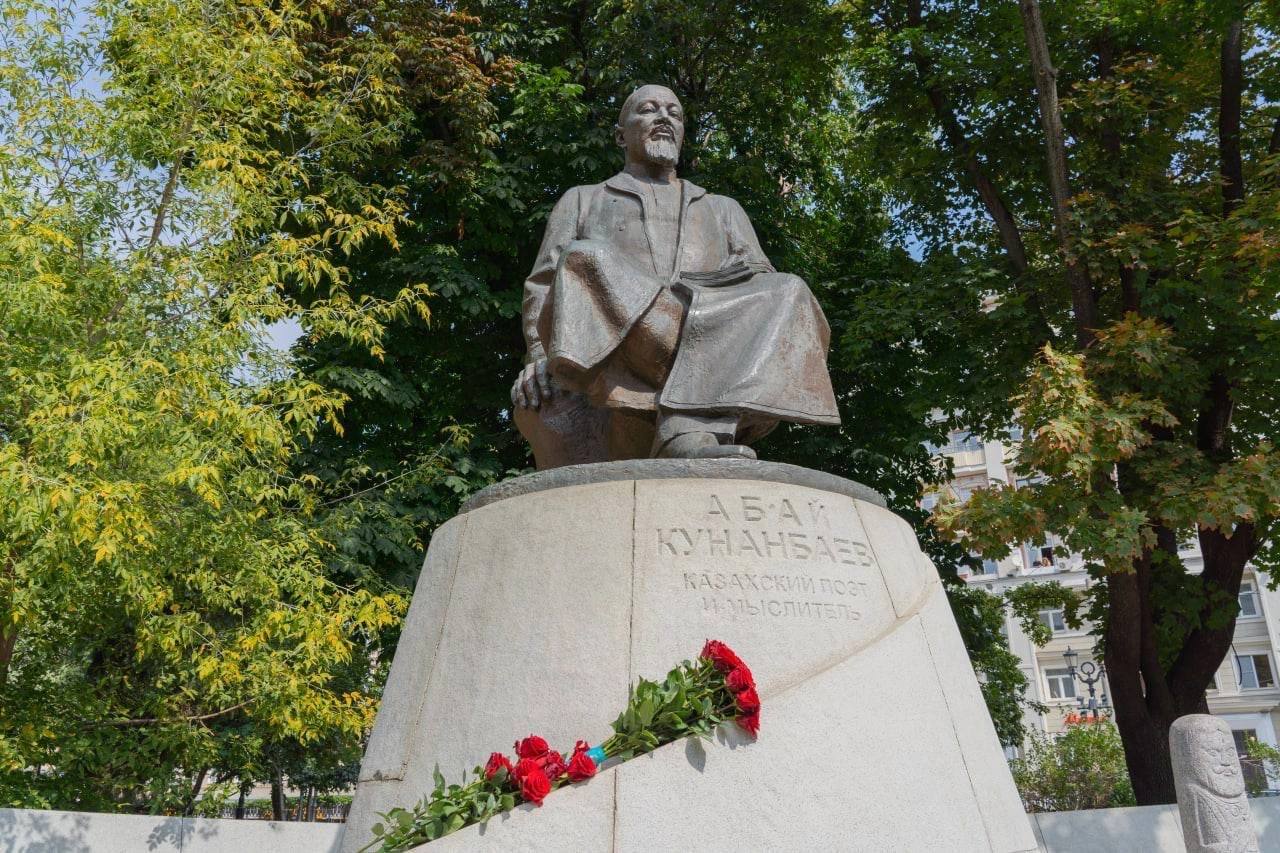 A monument to Abai in Moscow. Photo credit: Gov.kz

Kazakhstan celebrated the Day of Abai on Aug. 10, the date of his birthday.

The book titled “The greatness of Abai or an attempt to create a portrait of a thinker in the 21st century” was presented in Baku, reported the Kazakh Ministry of Foreign Affairs. The author is well-known Azerbaijani historian and publicist Teymur Atayev.

Scholars and writers of Azerbaijan also laid flowers at the monument and took part in the concert featuring songs based on poems and music by Abai.

The poetry event was held as part of the Abai Day celebrations at the Jintai Art Museum in Beijing, according to Kazinform. Chinese officials, the representatives of the SCO Secretariat, heads of diplomatic missions of the CIS countries in China, Kazakh and Chinese students attended the event. 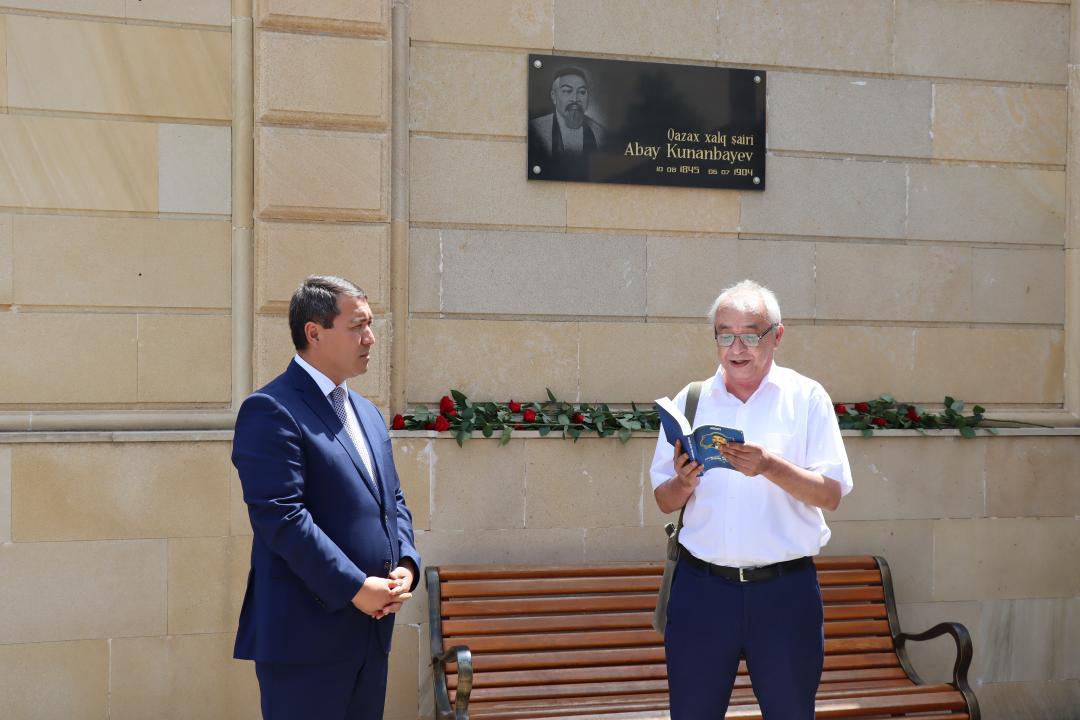 The Kazakh centers and the departments of the Kazakh language operate at the universities in Beijing, Shanghai, Dalian and Xi’an since 2015. Literature, culture, history of Kazakhstan, and the works of Abai are included in the program.

Diplomats and the representatives of the Abai center honored the memory of the great poet at his monument in Budapest.

Diplomats of the Embassy of Kazakhstan in Russia laid flowers at the monument to Abai on Chistye Prudy in Moscow. The monument was opened in 2006.

Abai and his legacy in different languages

The human values proclaimed by poet Abai are universal for all nations. Abai created more than 170 poems, novels and “Book of Words.” He also wrote and composed more than 30 songs. Overall, his works have been translated into 116 languages. 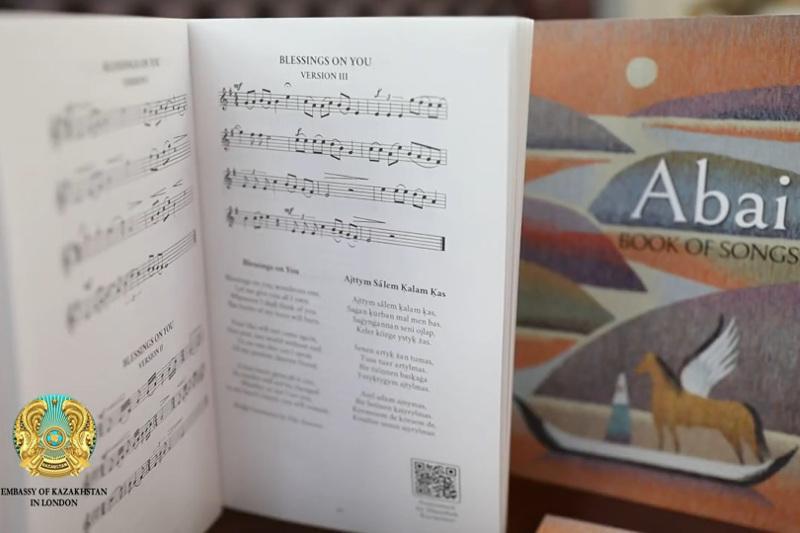 The first translations into Russian were published at the beginning of the 20th century, according to Kazinform. Later, his “Book of Words” was reprinted.

Many of the books with Abai’s works in different languages were published in 1995, when the 150th anniversary of the poet was celebrated under the auspices of UNESCO. When the world celebrated the 175th anniversary of the poet in 2020, his works were translated into and updated in dozens of languages including English, Arabic, Chinese, Spanish, Italian, German, Russian, Turkish, French, Japanese, Norwegian, Portuguese and others.

Many poems and the “Book of Words” were also published in a new translation in Russian. The majority of the poems were translated by famous Russian poet and translator Mikhail Sinelnikov.

The Cambridge University Press took part in the publication and distribution of Abai’s works in English.
One of the major events was the release of Abai’s “Book of Songs” in the English language in London in 2020. The songs were translated into English by famous Scottish poet John Burnside.

The book included three musical compositions and 23 songs, and scores and lyrics in English for the first time. 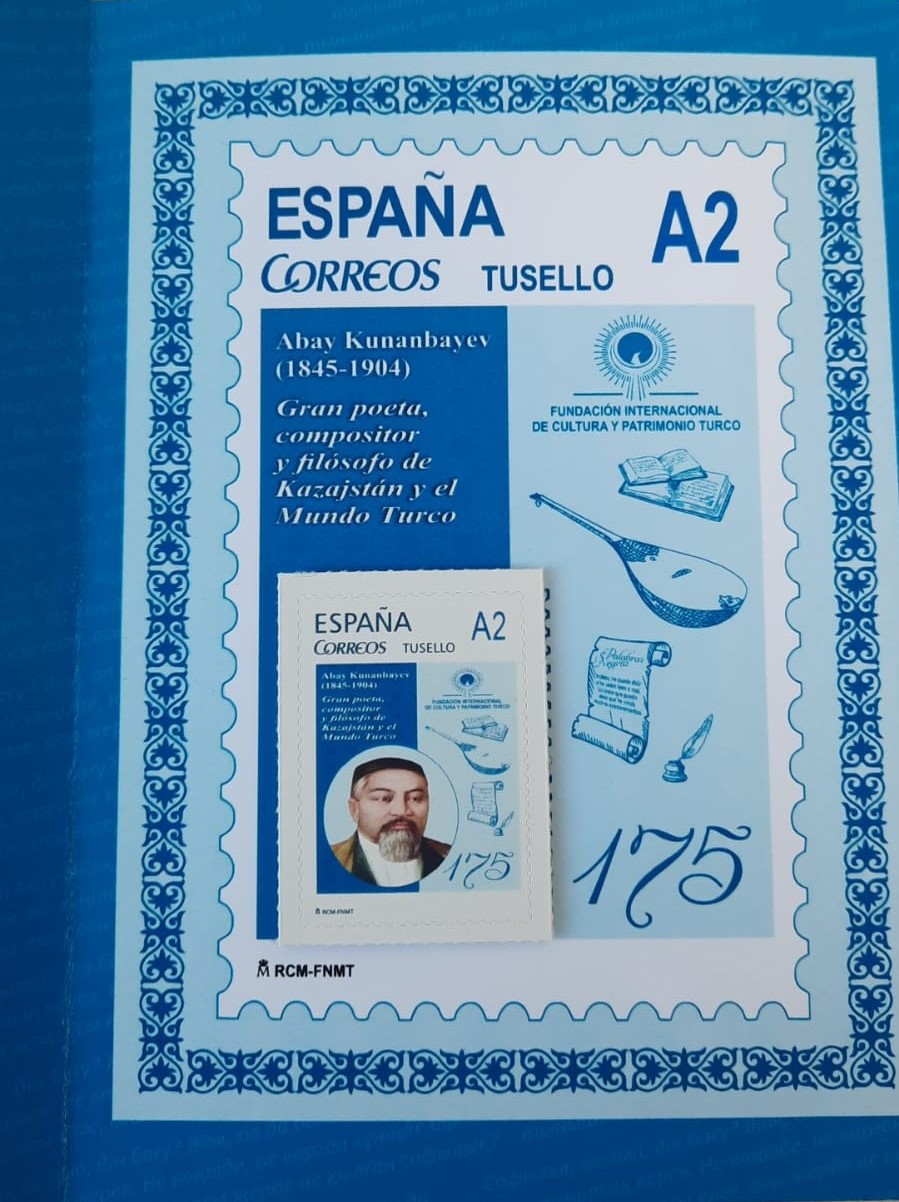 Postage stamps on the occasion of the 175th anniversary of Abai Kunanbayev were issued in Spain in 2020. Photo credit: inform.kz

“As a Scottish writer, however, the figure I turned to most frequently as I approached the task of versioning Abai was Robert Burns. We find common ground with Burns even in Abai’s prose… Like Burns, Abai is a poet who knows the tribulations of romantic love; like Burns he has a keen eye for hypocrisy, societal flaws and political corruption; like Burns he loves his land,” Burnside said in a preview to the book.

The translation of Abai into the Spanish language was supported by the Instituto Cervantes with the VISOR publishing house.

The books in different languages were published to mark the 175th anniversary of the poet in 3,000 copies and 30,000 collections delivered to universities and libraries in 100 countries.