We Want Kazakhstan to Play Leading Role in Primary Healthcare, Says WHO Chief in Almaty

NUR-SULTAN – Kazakhstan can take the lead on primary healthcare issues, said WHO Director-General Tedros Adhanom Ghebreyesus during his unofficial visit to Kazakhstan. He arrived in Almaty on Aug. 3 and met with the country’s Healthcare Minister Azhar Giniyat, Almaty Akim (mayor) Yerbolat Dossayev, among other senior officials. 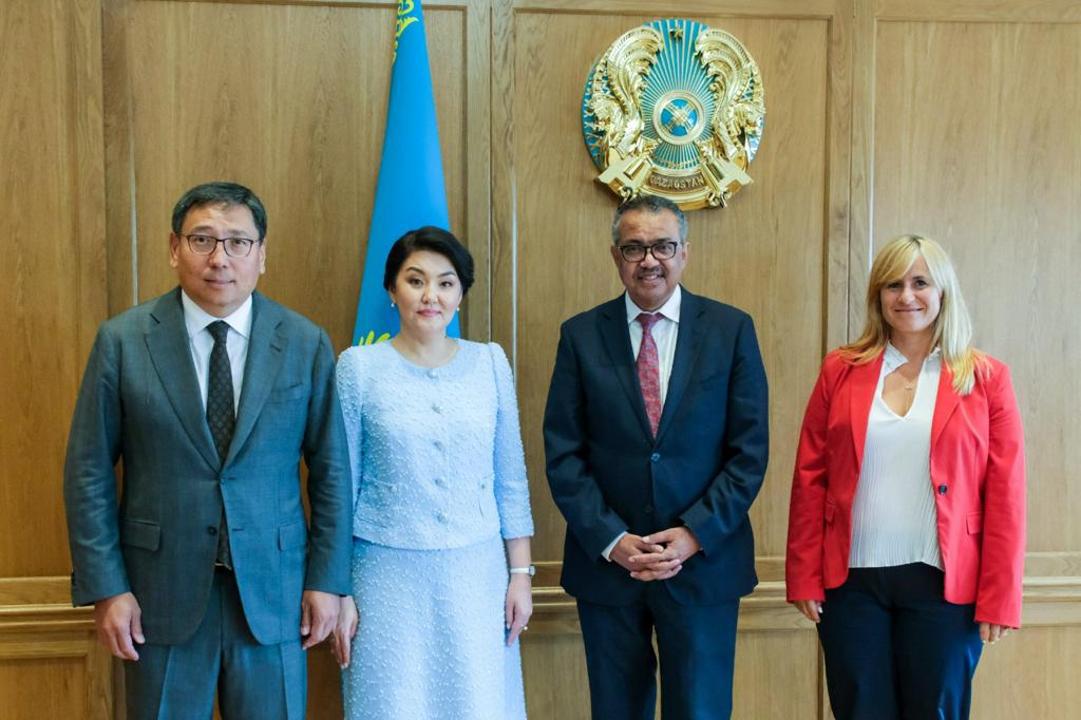 WHO is focused on primary healthcare center that will give the world many opportunities, with high-level meetings on universal health insurance coverage coming up in New York in 2023 and the organization wanted to work with Kazakhstan to play a leading role in aspects of primary healthcare, Ghebreyesus said, according to the press release from the Kazakh Ministry of Healthcare.

Primary healthcare addresses the majority of a person’s health needs throughout their lifetime, including physical, mental and social well-being. It uses a people-centered approach rather than a disease-centered one covering health promotion, disease prevention, treatment, rehabilitation and palliative care.

Historically, Kazakhstan plays an important role in primary healthcare because of the Alma-Ata Declaration adopted back in 1978 for what would prove to be a seminal moment in global health and the first call for urgent and effective national and international action to develop and implement primary healthcare throughout the world.

Forty years later, in 2018, Kazakhstan convened representatives of governments, the private sector and civil society in what was then Astana (former name of the capital) for the Global Conference on Primary Health Care to reaffirm primary healthcare as the most effective and efficient approach to achieving universal health coverage and the Sustainable Development Goals.

According to the WHO, 60 million lives could be saved by investing $200 billion per year in primary healthcare.

During their meeting with the WHO Director-General, Minister Giniyat stressed that the Alma-Ata Declaration was one of the key milestones in the cooperation between Kazakhstan and the WHO. She commended the importance of the WHO as a strategic partner of Kazakhstan in the field of public health.

“Our cooperation has been ongoing for 30 years and has become even more active in recent years. The joint actions of Kazakhstan and the WHO to promote primary healthcare allowed the development of several important documents over the last five years: the 2018 Astana Declaration on primary healthcare, the 2020 Primary Health Care Operational Framework and the Primary HealthCare Performance Assessment Framework,” said Giniyat.

Another vivid example of the cooperation, according to the minister, is the opening of a WHO demonstration site on primary healthcare at the Enbekshikazakh multidisciplinary interdistrict hospital in the Almaty Region in March.

She stressed the continued efforts of Kazakhstan to conduct purposeful and consistent policy on the achievement of Sustainable Development Goals and spoke about the Quality and Affordable Healthcare for Every Citizen national project that the ministry has implemented since 2021.

Later in the day, Tedros Adhanom Gebreyesus and Giniyat visited the Sanzhar Asfendiyarov Kazakh National Medical University in Almaty, the country’s oldest medical university founded in 1930. The WHO chief met with the faculty to discuss the epidemiological situation in the world.