From the steppes of Kazakhstan, to the pristine waters of the Pacific Ocean and the deserts of Australia, nuclear testing has long poisoned our planet’s natural environment and the species and people who call it home. 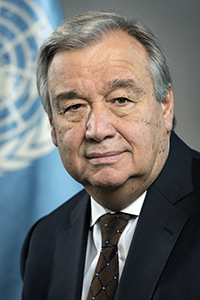 The International Day Against Nuclear Tests represents a global recognition of the catastrophic and lingering damage done in the name of the nuclear arms race. It is a way to remember those who suffered because of the folly of atomic brinkmanship. And it is an alarm bell for the world to finally put in place a legally binding prohibition on all nuclear tests.

With nuclear risks reaching new heights, now is the time for the Comprehensive Nuclear Test Ban Treaty to come into full force, underpinned by an effective verification system.

Nuclear weapons have no place in our world. They guarantee no victory or safety. By design, their only result is destruction.

Our world has been held hostage by these devices of death long enough. On this important day, I call on the world to act for the health and survival of people and planet alike.

Let’s ensure the end of testing now and forever, and consign nuclear weapons to history, once and for all.