NUR-SULTAN – The Library of the First President of Kazakhstan opened the “Constitution – Basis of Statehood” exhibition on Aug. 26, dedicated to the upcoming Constitution Day in Nur-Sultan, reported the library’s press service. 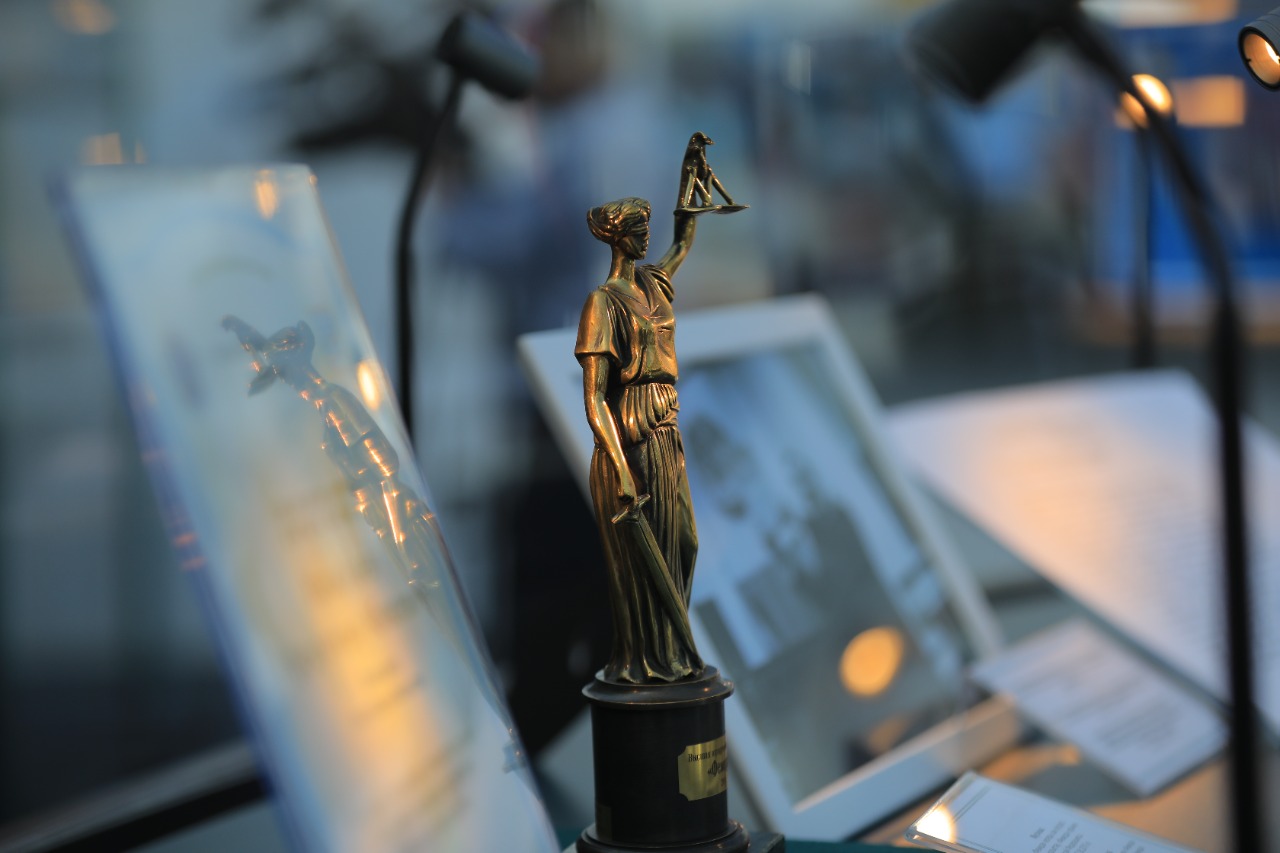 A statue of Themis, an ancient Greek Goddess of Justice. Photo credit: press service of the Library of Kazakhstan’s First President

“The Constitution, adopted in 1995, created the legal basis for the young state, which subsequently largely predetermined its achievements. In turn, the ongoing constitutional reform intends to ensure the formation of New Kazakhstan,” said Library Director Bakytzhan Temirbolat in his welcoming remarks.

The exhibition consists of three sections showing the evolution of Kazakh law and justice from old to modern times. The first segment, titled Laws of the Great Steppe, tells about the first codes of law, such as Kasym Hannyn Kaska Zholy (Bright Path of Kasym Khan), adopted by Kasym Khan in the 16th century, Zheti Zhargy (Seven Chapters), adopted by Tauke Khan in the 18th century, and Rules of Karamola by Abai Kunanbaiuly. All served as the political program of the Alash Orda.

The second section – Constitution – the Pillar of Independence – presents archival documents and photographs from the library’s collection, illustrating the period of the country’s independence.

Finally, the Evolutionary Development of Kazakhstan’s Constitution section demonstrates the materials pertaining to the national referendum held on June 5, 2022.