NUR-SULTAN – The Super Bol social project gives an opportunity for talented young people to start their professional football career. The project, televised in a reality show format on QazSport TV Channel, started in early June and finished with a match against Kazakhstan’s Zhenis FC in August.

The beginning of the match at the Astana Arena.

It should be noted that the name “Super Bol” is not a mistake. “Bol” translates from Kazakh as “be”. The project wants their participants to be super at everything. It also happens to be consonant with the word ball and the American Super Bowl.

The selection team headed by author of the project and football agent Alan Prudnikov traveled to eight cities to find the best athletes based on their physical ability and tactical thinking. More than 6,000 participants took part in auditions and, as a result, 132 people were chosen to compete in the final tryout in Almaty. Following the game, three athletes received invitations to professional teams. 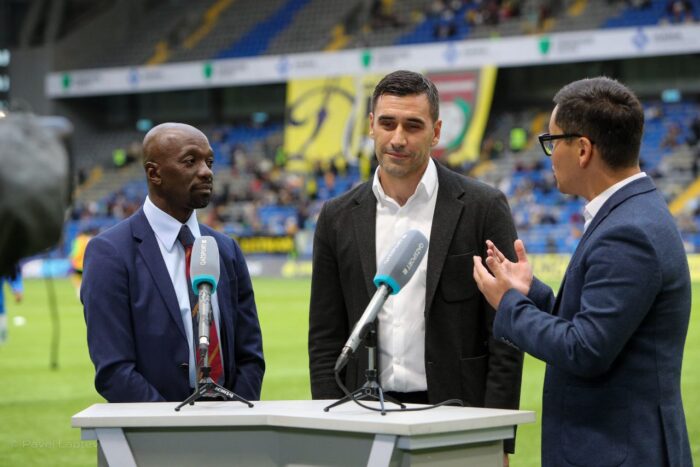 “If we talk about sports results, of course, we have achieved a lot. It is not just about signed contracts or tryouts at foreign clubs. In just two months, we made these guys stronger physically, tactically, technically and psychologically. Today they are mentally strong people,” said General Manager of the Super bol project and three-time champion of Kazakhstan David Loriya.

A group of retired professional football players gathered boys and young men from all over Kazakhstan in an attempt to train them at a professional level. The aim was to give a chance to those who otherwise could not afford professional training.

Girls also wanted to take part in the contest, one of them even made it through the final tryout. However, due to the fact that there were no other girls, the organizers arranged for her to go to tryouts with BIIK Kazygurt, a women’s football club based in Shymkent city. 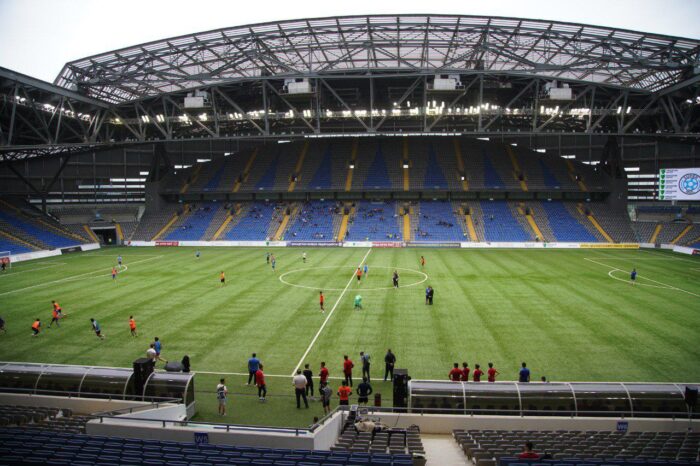 The selection team headed by author of the project and football agent Alan Prudnikov traveled to eight cities to find the best athletes based on their physical ability and tactical thinking.

In the final tryout, the scouts chose 25 athletes to train at the base of the National Team of Kazakhstan located in the town of Talgar in the Almaty Region. Another 25 were put into the reserve.

“As for other areas of the project, I think there is something to be proud of too. From the media point of view, we completely captured the attention of even those who were not very interested in football. We held two major matches broadcast on TV. I should say that there have never been such sports reality shows in Kazakhstan. In this regard, this is a unique project. We show that it is possible to develop football in Kazakhstan through proper work and professionalism” Loriya added.

At the base, the newly formed team lived for two month, training under head coach Samat Smakov, who is also a six-time champion of Kazakhstan. 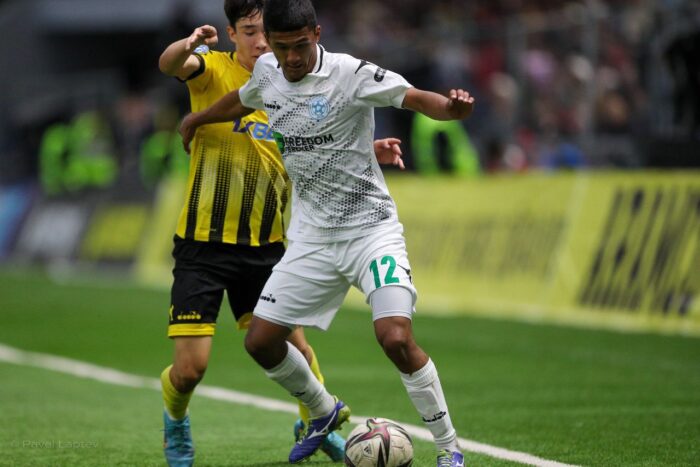 Each week the team faced a professional club in a game that was supposed to help determine the progress of the Super Bol participants. In total, the athletes played eight matches, four of which they won, two lost and two ended with a draw. Two of the matches were on the international level, as the team got to play with clubs from Uzbekistan and Kyrgyzstan.

The final match saw the confrontation of the Super Bol team with Zhenis FC, a team based in Nur-Sultan with an almost 60-year history. The Super Bol team turned out to be a good match to professional players. The game ended with the score 2:2 and a series of penalty that brought it to 7:6. Zhenis forward Sayat Mukanov was able to score two goals at minutes 81 and 84. Midfielder Alibek Zhardemov (32’) and team captain and forward Dunaibek Ayankhan (90’) scored on behalf of Super Bol. During the series of penalties, Zhenis goalkeeper missed a shot, which led to Super Bol’s victory. 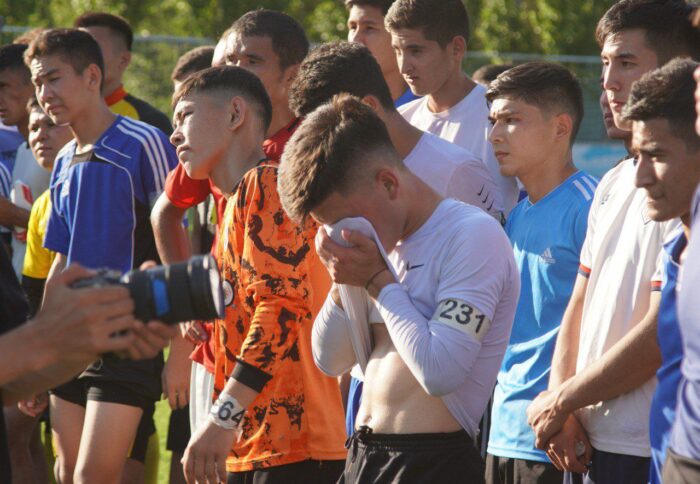 At the end of the game, three Kazakh football clubs announced their readiness to sign three players. Alibek Zhardemov was offered a contract with Aktobe FC. The captain Dunaibek Ayankhan received an offer from Maktaaral FC based in the Turkistan region. Aksu FC from the Pavlodar region announced plans to sign defender Zhaksylyk Kenzhebayev. Two of them had no experience in professional football training prior to the project.

“To be honest, I did not take this project very seriously at first. I came to the tryouts with friends. A year ago, I played football at the Okzhetpes FC. Then I decided to end my career and already said goodbye to all my dreams. After all, nobody wanted me, I did not receive any offers. And now, I am flying to Shymkent to sign a contract with Maktaaral FC. These three months completely turned my life around and gave me back hope,” said Ayankhan about the project.

As part of the project, the young men had the opportunity to meet a number of famous football players, including Inter Milan FC player Esteban Cambiasso, Dutch football manager Arno Pijpers, former coach of the Kazakh National Team Talgat Baisufinov and its former captain Bauyrzhan Islamkhan. Claude Makelele, a technical mentor at Chelsea FC and a former player for both Chelsea and Real Madrid, flew in to Nur-Sultan to witness the final game in person, along with 60 more international scouts.