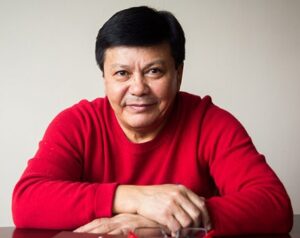 After the fall of the Soviet Union, Kazakhstan had a large share of Russian speakers consisting of ethnic Russians and Kazakhs raised in a predominantly Russian-speaking environment who did not speak or spoke very little Kazakh.

According to Tasibekov, language is much more than just a tool to communicate, but rather one of the fundamentals that fosters a deep connection among people. “When you talk to a person in his native language, you talk to his heart…and we have more and more people who speak only the state language. When one or two words are spoken in Kazakh, it is perceived very positively. Emotional contact and trustful relations are established,” said Tasibekov.

The expert identified several groups of people who show increasing interest in improving their ability to speak in their mother tongue.

One of these groups is people who grew up in the Soviet Union, where their educational options were predominantly in Russian. The age range of these people ranges from 40 to 70 years of age. They say that not knowing Kazakh did not inconvenience them in the past, but because they consciously link their future and the future of their families with Kazakhstan, it became important for them to speak the state language.

Young managers and entrepreneurs also increasingly prefer to speak Kazakh, but are driven by rather pragmatic goals – to run their businesses easier, it is necessary to talk to people in their native language.

Gulnara Zhuaspayeva, a lawyer who has run her business for over 15 years, said that the need to improve her ability to speak in the native language became more acute as she moved to Almaty and was approached by a predominantly Kazakh-speaking group. 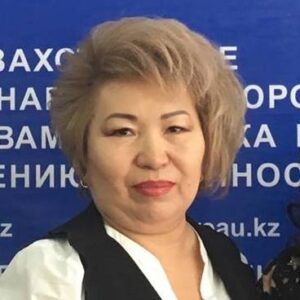 During the pandemic, she decided to join the Mamile (mutual understanding) Kazakh language speaking club in the National Library of Kazakhstan in Nur-Sultan.

“After the quarantine was over, I continued my studies in the club. I began to meet more people like me who were products of Soviet education when native languages were in the status of an elective language. There are a lot of people like me and we meet every Saturday at the club to talk and help each other,” she said.

Speaking of her progress, Zhuaspayeva said that she speaks the language “fluently enough to give interviews in Kazakh and speak at trials.”

“But for now, I write documents in Russian and send them to a translator,” she added.

Demographics is also an important factor. The preliminary results of the 2021 census show that ethnic Kazakhs constitute more than 70 percent of the total population and the birth rate is traditionally higher in Kazakh-speaking families, according to Tasibekov.

He also said that a huge contribution to the increase of the Kazakh-speaking population was the return of the kandas, a term used to describe ethnic Kazakhs returning from abroad. Since independence, over one million ethnic Kazakhs have returned to their historical homeland.

Unless a special effort is made, the interest in the language could slow down again, said Tasibekov.

According to him, a similar interest in the Kazakh language was observed after Kazakhstan gained independence, but the shortage of textbooks and teachers made people less enthusiastic to learn the language.

“Now there is a rise of interest again and our task is to sustain it and support those who are engaged in the popularization of the language. For example, we could help to produce video lessons. To do it professionally, you need substantial help from the state,” said Tasibekov.