NUR-SULTAN – The Kazakh government approved the draft law of the 2023-2025 national budget on Aug. 27, where the baseline scenario is the cost of oil staying at $85 per barrel and an exchange rate around 470 tenge per dollar, reported the Prime Minister’s press service. 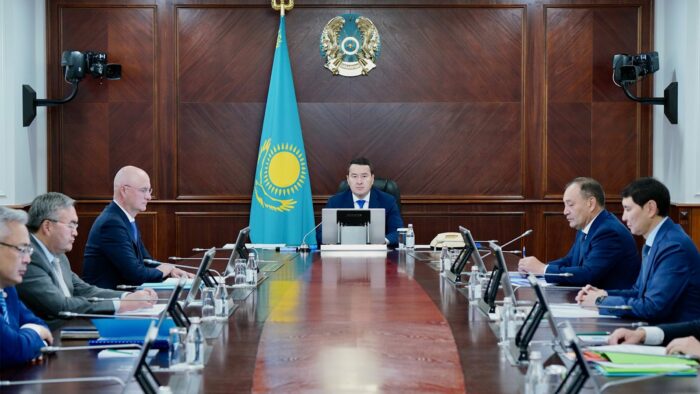 The growth of the gross domestic product (GDP) in 2023-2025 is projected at 4-4.1 percent. Exports are expected to grow in all major sectors of the economy.

Deputy Prime Minister and Finance Minister Yerulan Zhamaubayev said that the budget revenues for 2023 are projected at 17.8 trillion tenge (US$37.4 billion). The ministry proposed to decrease the guaranteed transfer from the National Fund by 1.8 times compared to the current year and provide 2.2 trillion tenge (US$4.6 billion) in 2023.

“We provide a high level of growth rates of our own revenues of the state budget,” said Kazakh Prime Minister Alikhan Smailov.

The social sector will remain a priority with social expenses of eight trillion tenge (US$16.7 billion) for 2024.

Some 2.1 trillion tenge (US$4.4 billion) will be provided to promote growth in the real sector of the economy.

National Bank Deputy Chairman Akylzhan Baimagambetov said that the target corridor of annual inflation in 2023 is predicted within 7.5-9.5 percent.

Following the meeting, Smailov said that the presented draft national budget for the three-year period is primarily aimed at the full and timely performance of all social obligations of the state, as well as ensuring high quality and sustainable economic development amid current economic conditions.

According to him, the development of the manufacturing industry, business support, development of transport infrastructure and gas supply remain a priority in the real sector of the economy.