NUR-SULTAN – The Kazakh Ministry of Internal Affairs changed the restrictive measures for 421 suspects with no criminal record to non-custodial measures, said the ministry’s head of the investigative department Sanzhar Adilov at the Central Communication Service press briefing on Aug. 23. 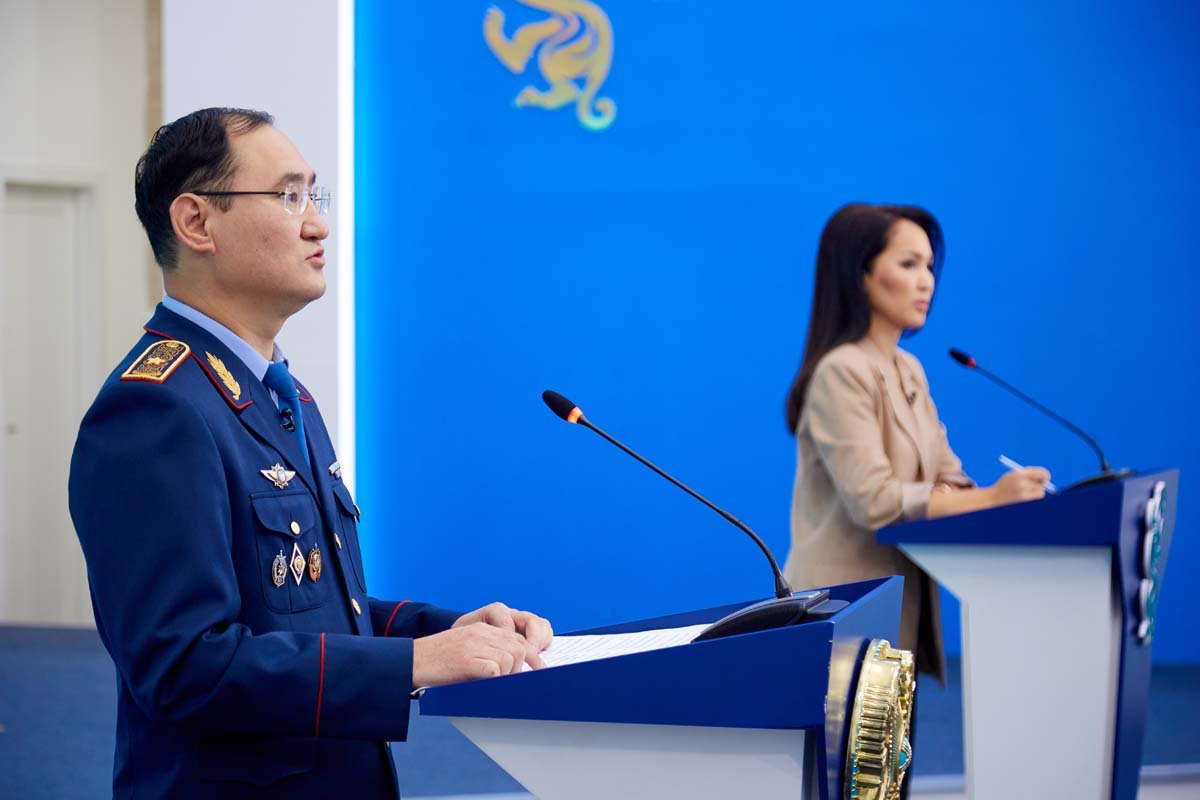 The suspects were subject to no-leave obligations, bail, home arrest, and personal guarantees.

According to Adilov, the criminal cases of 35 suspects who committed crimes of medium and minor gravity and reimbursed the victims were ended due to the parties’ reconciliation. He underlined that, in addition to the facts from the pre-trial investigation, the courts consider the position of the defendants themselves, their repentance, compensation for the damage caused, and cooperation with the investigation when issuing guilty verdicts and punishment.

The ministry, in collaboration with other law enforcement authorities, also continues its work to identify the perpetrators of the riots, thefts, and looting. As specified by Adilov, the police conducted over 40,000 investigation operations, interrogated more than 15,000 people, and appointed over 2,500 specialized forensics. So far, 4,642 criminal cases in connection with the attacks have been filed. As of now, 971 criminal cases have been resolved. The cases of 609 defendants were sent to the courts. The remaining cases are still being investigated.

The work to discover and collect not only stolen firearms but also those in general unlawful circulation is also underway. During the January events, a considerable number of service and civilian guns were stolen, posing a real threat to citizens’ security.

According to Adilov, the efforts taken have resulted in the discovery and seizure of 873 weapons to date. There are 480 service firearms and 387 civilian weapons among them.

“The whereabouts of 2,087 stolen weapons are unknown. The search for them continues,” he noted.