By Assem Assaniyaz in International on 5 August 2022 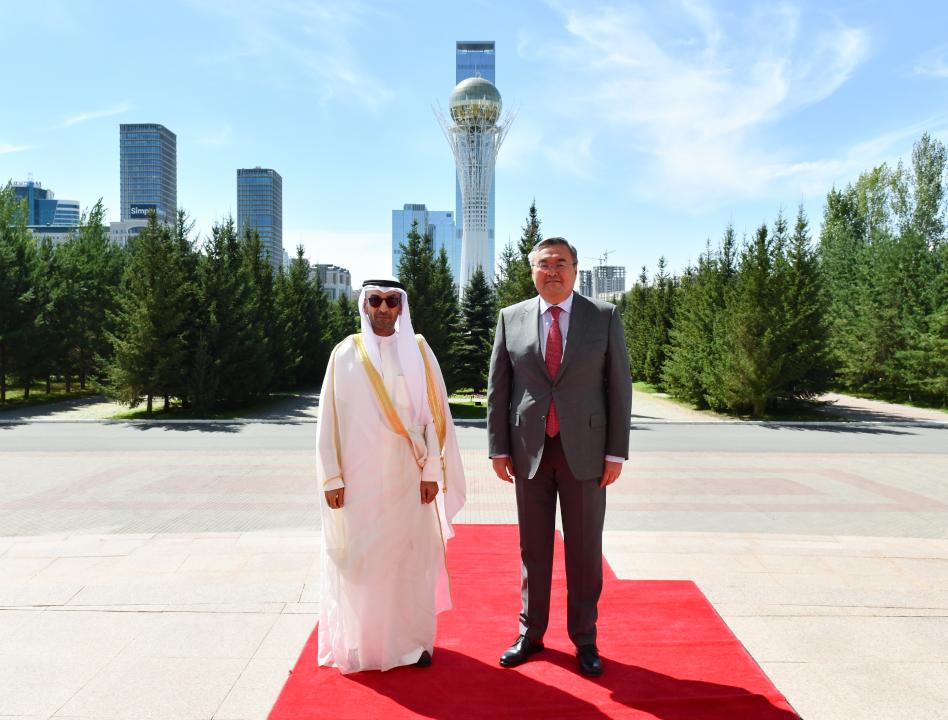 Speaking about the interregional interaction prospects between Central Asia and the GCC, Al-Hajraf stressed the intention of the GCC member states (Bahrain, Kuwait, Oman, Qatar, Saudi Arabia, UAE) to establish a multilateral format of cooperation with the Central Asian countries.

During the meeting with the GCC Secretary General on Aug. 5, Prime Minister of Kazakhstan Alikhan Smailov called on the GCC member states to implement joint projects given a favorable business climate for the investors in Kazakhstan.

“The Gulf states have big investment plans in Kazakhstan. We consider it necessary to organize business forums to determine mutually beneficial areas of cooperation. In particular, we are interested in developing partnership in energy, agriculture and education,” said the GCC Secretary General.

He noted that the recent visit of Kazakh President Kassym-Jomart Tokayev to Saudi Arabia has made a great contribution to strengthening relations with Arab countries.

Kazakh Prime Minister underlined the country’s readiness to increase the supply of high-quality flour, oilseeds and other agricultural crops to the Persian Gulf countries, as well as to strengthen cooperation in the transit sphere, particularly through the Trans-Caspian International Transport Route (TITR).

Smailov also added that for the development of interstate relations, it is necessary to consider the opening of direct flights from Kazakhstan to Oman and Bahrain, as the country has granted a visa-free regime for citizens of all GCC member states, and opened direct flights with Saudi Arabia, the UAE, Qatar, and Kuwait.