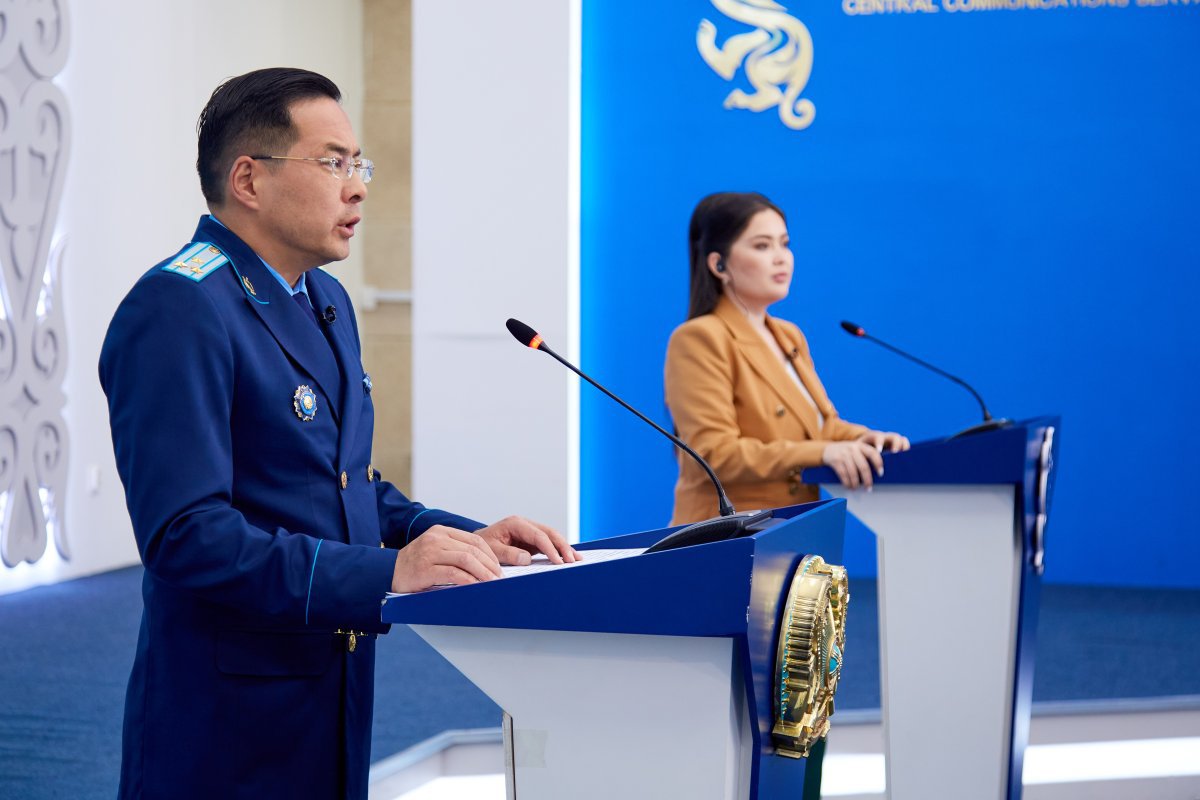 Based on the available video recordings, a comprehensive investigation is being carried out to determine the circumstances of their deaths. Thousands of complex forensic tests were also conducted and over 10,000 citizens who may be potential witnesses were questioned.

“238 persons were killed during the January riots. There are criminals and innocent victims among them. We thoroughly investigate the circumstances behind each of their deaths… Among them are 19 law enforcement officers who were killed in the city of Almaty as well as the Almaty, Zhambyl, and Kyzylorda regions,” Kilymzhanov said.

According to Kilymzhanov, great cynicism was demonstrated during the murder of an unarmed 39-year-old lieutenant colonel Khairov, who participated in the defense of the Almaty akimat (Mayor’s office) building. He left behind a family and two children.

In the line of duty to defend public order and government buildings, law enforcement officers were killed or ripped apart by criminals.

“Law enforcement personnel were killed in the line of duty after they were driven over by automobiles or were shot at point-blank range while unarmed,” he said.

According to Kilymzhanov, over 5,300 criminal cases have been registered by investigative agencies across the country. The majority of them are thefts, robberies, weapons possession, and other offenses. A total of 1,237 individuals were detained for investigation. Taking personality, health, and other unique factors into account, the detention of 284 people was replaced with an order not to leave, bails, house arrest and personal guarantees given by the detained.