NUR-SULTAN – President Kassym-Jomart Tokayev went on his first official visit to Baku on Aug. 24, which many experts deemed historic and notable after President Tokayev and President of Azerbaijan Ilham Aliyev agreed on the strategic nature of bilateral relations. Both demonstrated a strong desire to boost cooperation across all areas. 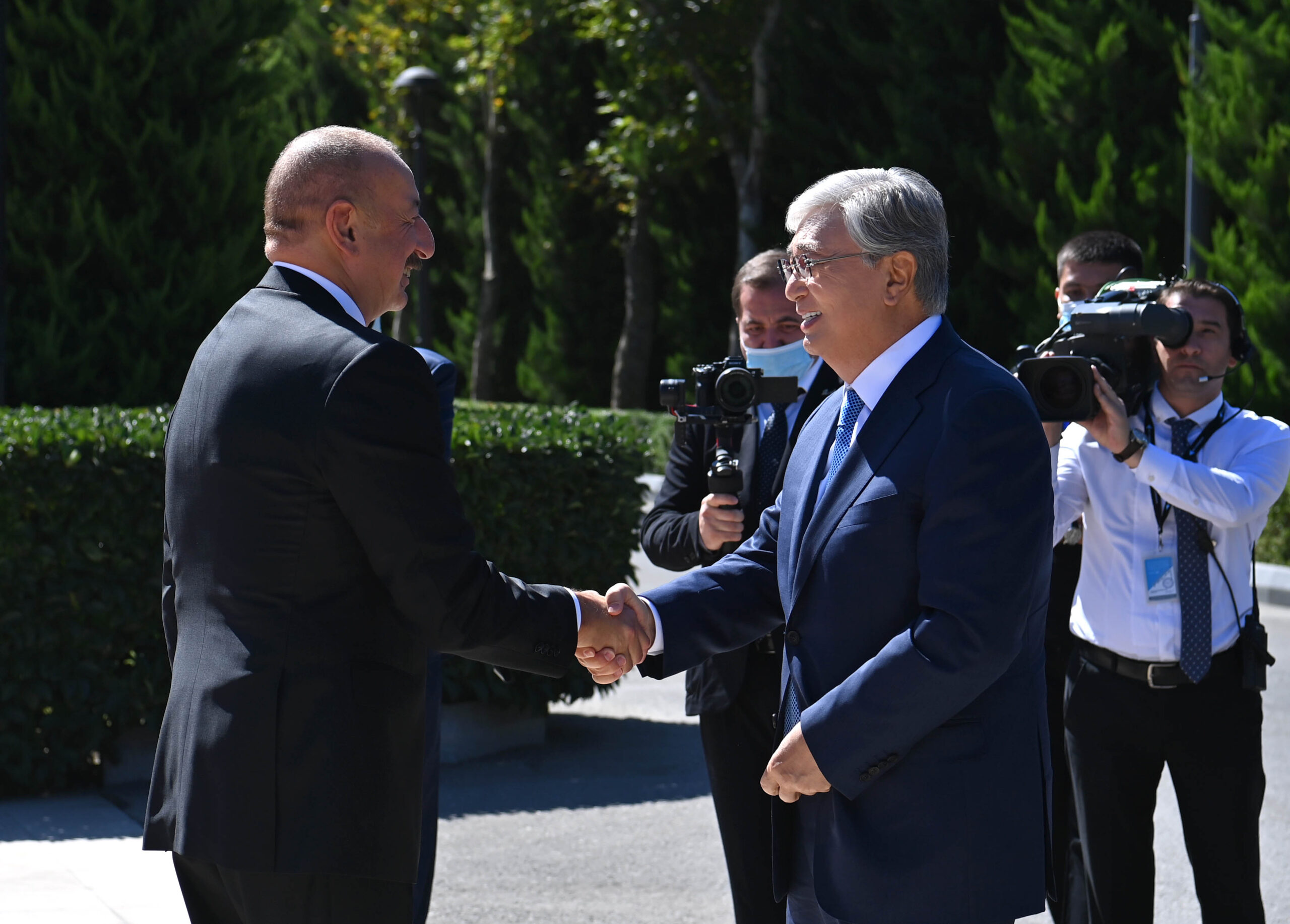 For President Tokayev, it was also a special moment. “There is no doubt that today’s visit has special significance for me. We will discuss very important issues today. Following the talks, several documents will be signed. I am confident that they will bring bilateral cooperation and Kazakh-Azerbaijani relations to a new level,” Tokayev told Aliyev during their meeting.

A new level of bilateral cooperation

When President Tokayev said he had a “special mission” in Baku, he meant bringing bilateral ties up to a new level. A declaration on strengthening strategic relations and deepening allied interaction and a comprehensive program of cooperation development for 2022-2026 signed during the visit reflect the strategic nature of relations between Kazakhstan and Azerbaijan.

Addressing journalists after the meeting, Tokayev said that there will be no obstacles from his country’s side. “We will work very productively,” he added.

Commending bilateral trade figures, Tokayev said that it does not reflect the full potential of cooperation. Last year, trade reached only $330 million last year. According to the data from the Bureau of National Statistics, bilateral trade between January and May reached US$161.3 million with Kazakh exports reaching US$125.5 million.

Director of the Center for Studies of the South Caucasus Farhad Mammadov sees the development of cooperation between Kazakhstan and Azerbaijan in trade and mutual interest of the economies, the establishment of transport and logistics routes through their territories, expansion of opportunities to use the infrastructure to diversify supplies of Kazakh oil to the world market and food security.

He spoke about limited infrastructural solutions to increase cargo transportation and delivery of Kazakh oil to Azerbaijan. “Decisions are also being made to purchase the necessary equipment and expand the capacity of port and railway infrastructure,” said the expert.

Aidar Kurmashev, head of the international and geoeconomic research department at the Kazakhstan Institute for Strategic Studies, emphasized the similar goals pursued by Kazakhstan and Azerbaijan – the development of the non-primary sector of the economy and the expansion of transport potential.

“The geo-economic situation significantly affects the economies of many countries around the world, which forces them to take steps to diversify foreign economic and trade relations. The development of trade and economic relations with Azerbaijan, a natural ally of Kazakhstan and one of the major players in the Turkic world, is strategically important,” said Kurmashev.

Geopolitical developments are one of the reasons why this visit was so timely. In their meetings, the two leaders focused on the ways to develop transport and transit potential together, which for many years has remained untapped. The geographical features of Azerbaijan and Kazakhstan and their location between the largest economic centers of Europe and Asia create conditions for an efficient and well-established transport network between the countries.

Kazakhstan and Azerbaijan, both located on the Caspian Sea shore, play an important role in the delivery of cargo along the Asia-Europe route and there is close cooperation within the Trans-Caspian International Transport Route.

“There is a lack of efficiency in the logistics of delivery and transit of goods through the Trans-Caspian international transport route. Addressing the intensification of trade and economic and transport-logistics cooperation can give an impetus to successful cooperation on shipbuilding, production of equipment for oil production and transportation of energy resources,” said Kurmashev.

Hopes are also high for the Baku-Tbilisi-Kars (BTK) railway that connects the Caspian Basin to eastern Turkey, and then the European rail system. Since its launch in 2017, it has reduced the delivery time from China to Turkey through Kazakhstan to 12 days.

The will to develop bilateral ties was evident in Tokayev and Aliyev. KazISS Director Yerkin Tukumov said it is a ‘win-win’ situation.

“Kazakhstan and Azerbaijan are friends not against anyone, but with each other to develop our large Eurasian sub-region. This is very important to understand. We are witnessing the so-called win-win situation for all sides. So when they say that this visit of Kassym-Jomart Tokayev to Azerbaijan is a historic event, I absolutely agree with that. In my opinion, it will be quite a serious breakthrough between our countries and regions,” said Tukumov.

Tukumov noted that tourism cooperation is also quite underdeveloped, saying that there are no tourist ferries and not enough flights.

“For example, I could not travel from Baku to Aktau by ferry, because this route is used only for cargo transportation. The absence of passenger transportation by sea between our countries is a big shortcoming, which should be addressed. It would facilitate exchanges between our citizens, the number of tourist flows and in general, it would open new opportunities for the population of both countries, not to mention the economy,” said Tukumov.

He also highlighted the close relations between the two leaders, an important factor in bilateral cooperation.

“Of course, the personal relationship between the two presidents. They are both graduates of the Moscow State Institute of International Relations, and I think they have a good personal dialogue, which means a lot. Our gesture is very beautiful and practical – the construction of the Creative Center in Fizuli. This once again confirms our position, not just in words, but in deeds,” said Tukumov.