Elders Advise on Preparation for Organization of Turkic States Summit

NUR-SULTAN – The Council of Elders, an advisory body of the Organization of Turkic States (OTS), discussed the development of logistics and tourism, as well as the preparation for the upcoming OTS Summit at the 13th meeting in Bishkek on Aug. 8, reported the Kyrgyz Foreign Ministry’s press center. 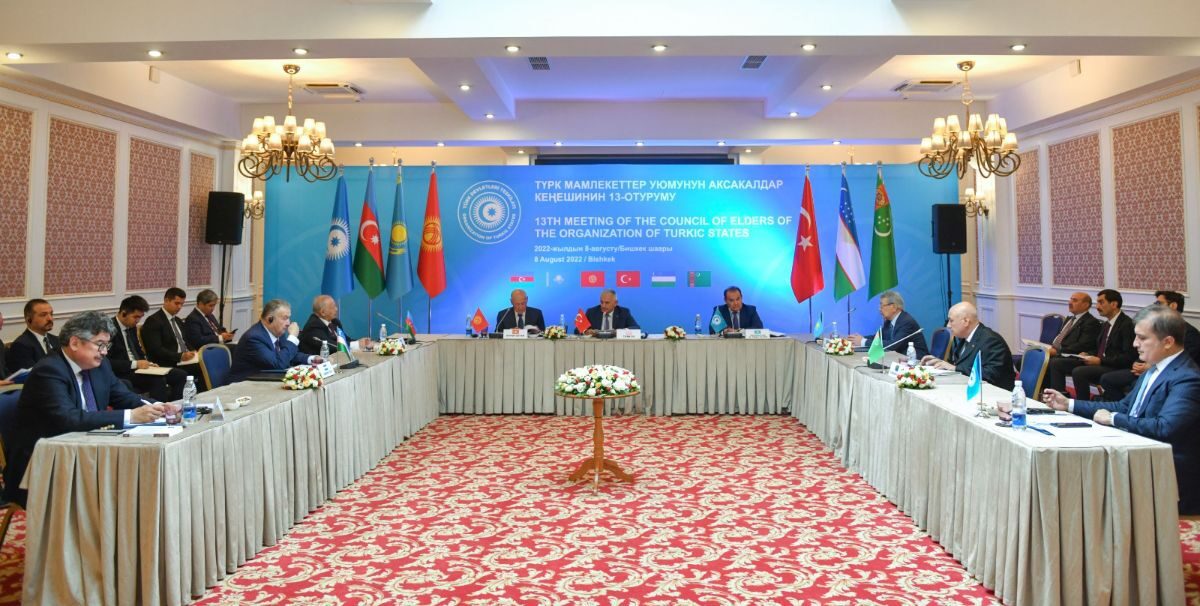 13th meeting of the Council of Elders, an advisory body of the Organization of Turkic States. Photo credit: mfa.gov.kg

The Council of Elders was established in 2010 following the re-organization of the OTS, which was previously known as the Cooperation Council of Turkic Speaking States. The council members are the elders of the organization’s member countries, appointed among former prime ministers, ministers, deputies and ambassadors. Kazakhstan was represented by Ikram Adyrbekov, a Kazakh statesman, diplomat, and member of the Council of Senators under the Senate, the upper chamber of the Kazakh Parliament.

During the meeting, the participants discussed political, economic, cultural and educational cooperation, focusing on the development of transport and logistics potential and tourism in the OTS member countries.

Elders also voiced their recommendations for the upcoming OTS Summit, scheduled to be held in Uzbekistan on Nov. 11.

Kazakhstan’s representative Adyrbekov presented copies of textbooks on Turkic history and literature that have been endorsed in Kazakhstan, according to the Turkish Anadolu news agency. The textbooks, which were prepared in accordance with the instruction given at the fourth Scientific Council meeting in Istanbul in 2021, are aimed at increasing cooperation in education among Turkic countries. 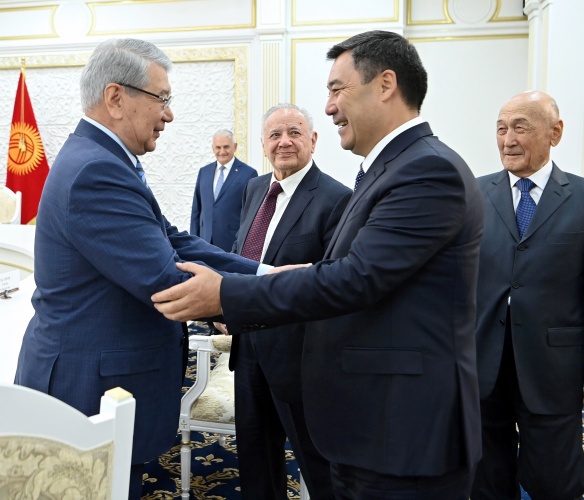 Japarov highlighted some of the major activities of the council in the past: the council approved the organization’s symbols – the flag and the logo and established the Alisher Navoi International Prize within the Turkic Council and Turkic University Union.

“Drawing on the wisdom of the elders, the participating states will be able to make the OTS one of the strongest associations in the world, so that the future generations will proudly carry the flag of this organization,” said Japarov.

The 13th meeting of the council was attended by representatives of other member states, namely Hasan Hasanov, former Prime Minister of Azerbaijan, Medetkan Sherimkulov from Kyrgyzstan who previously served as an ambassador to Türkiye and Iran, Binali Yildirim, 27th and last Prime Minister of Türkiye, Bakhtier Sayfullaev, former Uzbek minister of culture and chairman of the Senate, and Recep Bazarov, former Deputy Prime Minister of Turkmenistan along with OTS Secretary General Baghdad Amreyev.

Uzbek representative Sayfullaev invited the participants to hold the next meeting in Uzbekistan in 2023.

The OTS was established as a platform that will voice the common interests and concerns of Turkic states. Its four founding member states are Azerbaijan, Kazakhstan, Kyrgyzstan and Türkiye. In 2019, Uzbekistan joined as a full member. Hungary received observer status in 2018 and Turkmenistan joined as an observer member in 2021.