Еditor’s Note: AT continues its series of publications of articles by the winners of the Seventh International Contest “New Kazakhstan through the Eyes of Foreign Media” established by the country’s Foreign Ministry. This perceptive analysis written by Turkish eхpert Emrah KAYA in the wake of the Tragic January events reminds us of the turbulent days in the beginning of 2022 when the country was seized by violence, and of the difficult choices that faced President Tokayev then.

On January 28, 2022, the 21st Nur Otan Party Extraordinary Congress was held and thus President of Kazakhstan Kassym-Jomart Tokayev, also became the Chairman of the Nur-Otan Party. In fact, this situation reflects a series of reform processes that the country entered after the protests in Kazakhstan in January 2022. This clearly shows that the Kazakhstan administration did not turn a blind eye to the well-intentioned demands voiced in the first days of the protests, which were diverted from their purpose by terrorizing. 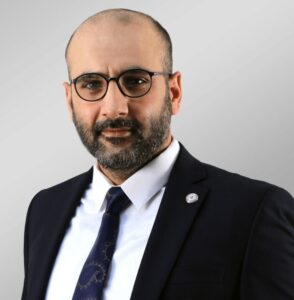 In essence, the developments in Kazakhstan are the change of scene needed for new steps to be taken in line with the ideal of a modern state, and a significant threshold has been crossed in the construction process of the “New Kazakhstan.”

This situation was also reflected in the congress speech of Tokayev. By stating: “Let’s appreciate the historical achievements of the First President. Let the mistakes made be a lesson for new leaders,” he put forward the direction of change in the country. Kazakhstan has now passed from the normalization process to the development process. Thanks to the mechanisms formulated under the name of “New Kazakhstan,” stability and sustainable development will be realized in the country.

The direction of the transformation in Kazakhstan not only does not reject the accumulation of the past, but also points to the goal of creating a state that makes its people live in prosperity. As a matter of fact, Tokayev said, “There is no doubt that Elbası will remain in the history of our country and the world as the founder of Independent Kazakhstan. The efforts of the Founding President for the interests of the country along 30 years cannot be ignored. This means to do harm to our history” and revealed that he is trying to combine the accumulation of the past with a new vision of the future.

Therefore, Kazakhstan is at the dawn of a new day with the strong state culture it has managed to build in the Great Steppe during its 30-year independence period. In this context, Tokayev, whose first message was democratization, said, “At the same time, as the President, I guarantee that there will be a transparent and fair political competition.” On the other hand, it is aimed to strengthen the civil society in the country. Thus, a strong bond will be established between the state and society and a healthy management approach will be built in line with the understanding of mutual trust. 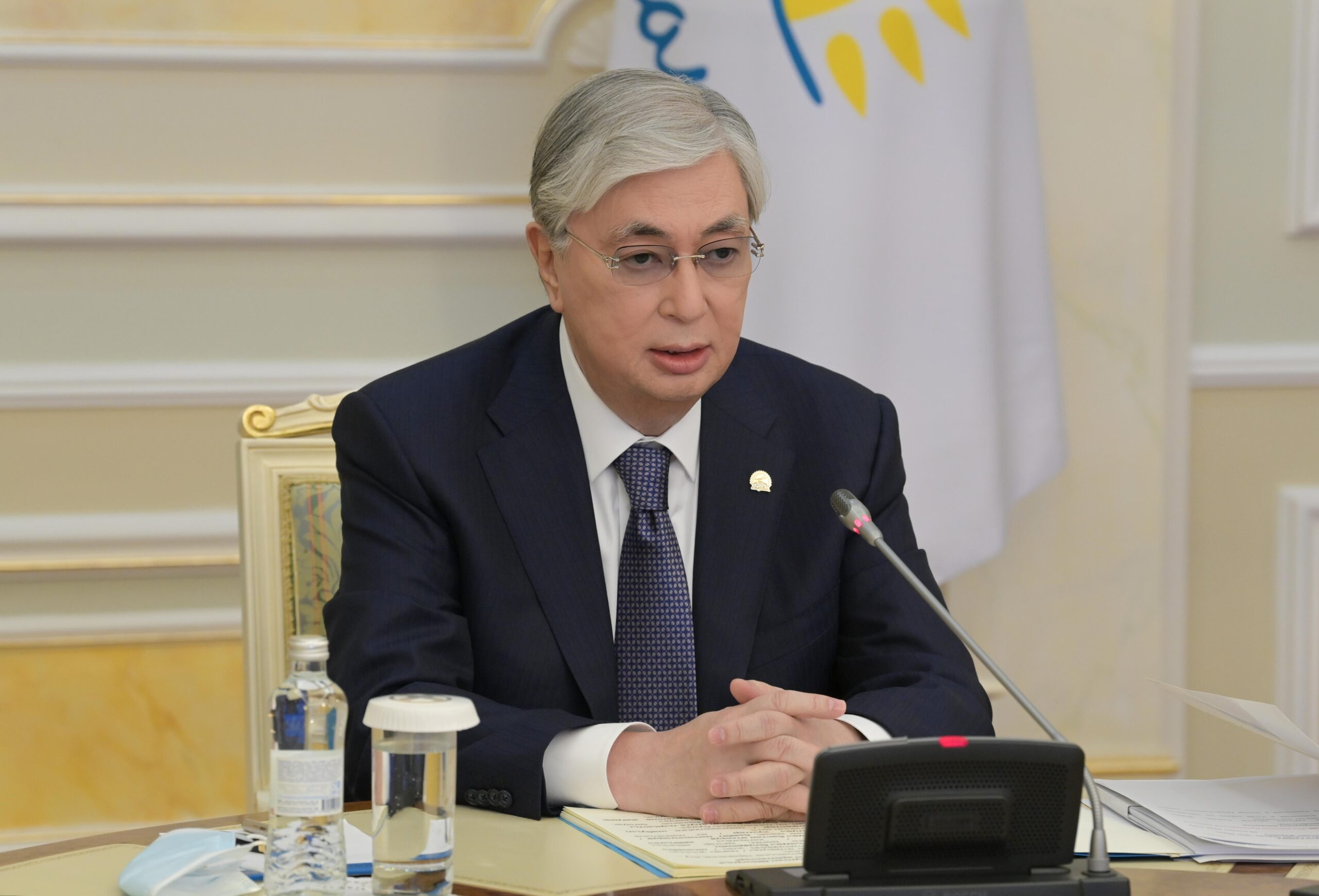 In addition, Kazakh leader addressing his party members, “Nur-Otan should act as a great driving force for the reconstruction and modernization of Kazakhstan and take an active role in the implementation of reforms.” made in the statement. Tokayev’s emphasis from the beginning of the protests is that the inequality of income distribution in the country should be eliminated. In this sense, the President of Kazakhstan states that substantial reforms will be made and expects the party members to support this process. Moreover, it was stated from the highest authority that this was not limited to the Nur-Otan Party and that other parties had important duties as well. In this context, the President of Kazakhstan said, “Reforms do not mean changing people. Reforms are first and foremost a change in the system,” he said, and continued, “I can say that I seriously consider making reform in the parliamentary system of our country.”

Moreover, while giving vital messages about the reform of the parliamentary system in the country; It is understood that economic and political reform steps will be taken in parallel with the democratization process. This will add a reliable dimension to the liberalization process of the country.

“Need to talk less and work harder,” Tokayev said, also with the words, “Actually, Nur-Otan should be a party of statistics. Party members must put the interests of the state above everything else”, he also revealed that he rejects any approach that puts the party above the state. 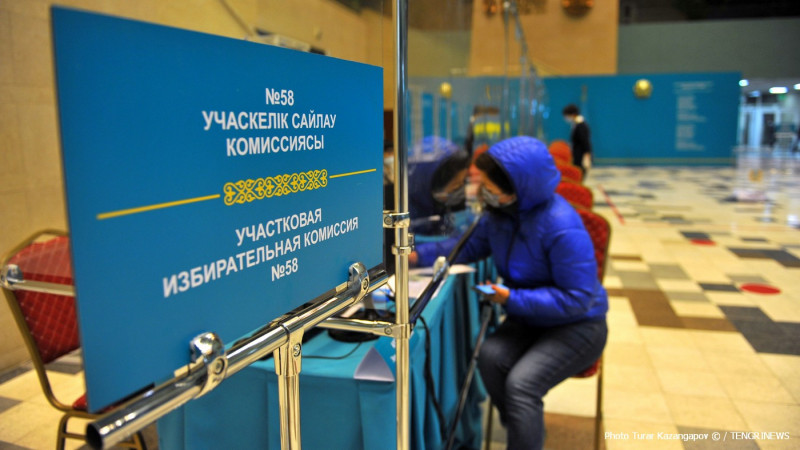 Some 77.18 percent of people (6.1 million of people) voted in favor of the constitutional amendments during the referendum on June 5. Photo credit: Tengrinews.kz

The President of Kazakhstan, who has acted with the slogan “Let your people live so that the state will live” since the day he became President, within the framework of the “State Model hearing the Voice of the People”, described the protests in the country as the most difficult test that Kazakhstan has faced since its independence and stated that the country has successfully passed this test. Tokayev’s statement that there are lessons to be learned from the events showed that the democratic and peaceful demands were well understood by the Kazakh state.

On January 29, 2022, an interview of the Kazakh leader was broadcast on Khabar TV. The President of Kazakhstan also made important statements in this interview. Continuing his emphasis on democratization, Tokayev promised that he would not seek a way to penetrate the restrictions on presidential term. The most striking aspect of this interview is Tokayev’s response to a question containing his attempts to praise himself, stating that he has “natural immunity to spoiling”. Undoubtedly, this answer clearly demonstrates that the President of Kazakhstan is aware of the responsibility brought by his duty. 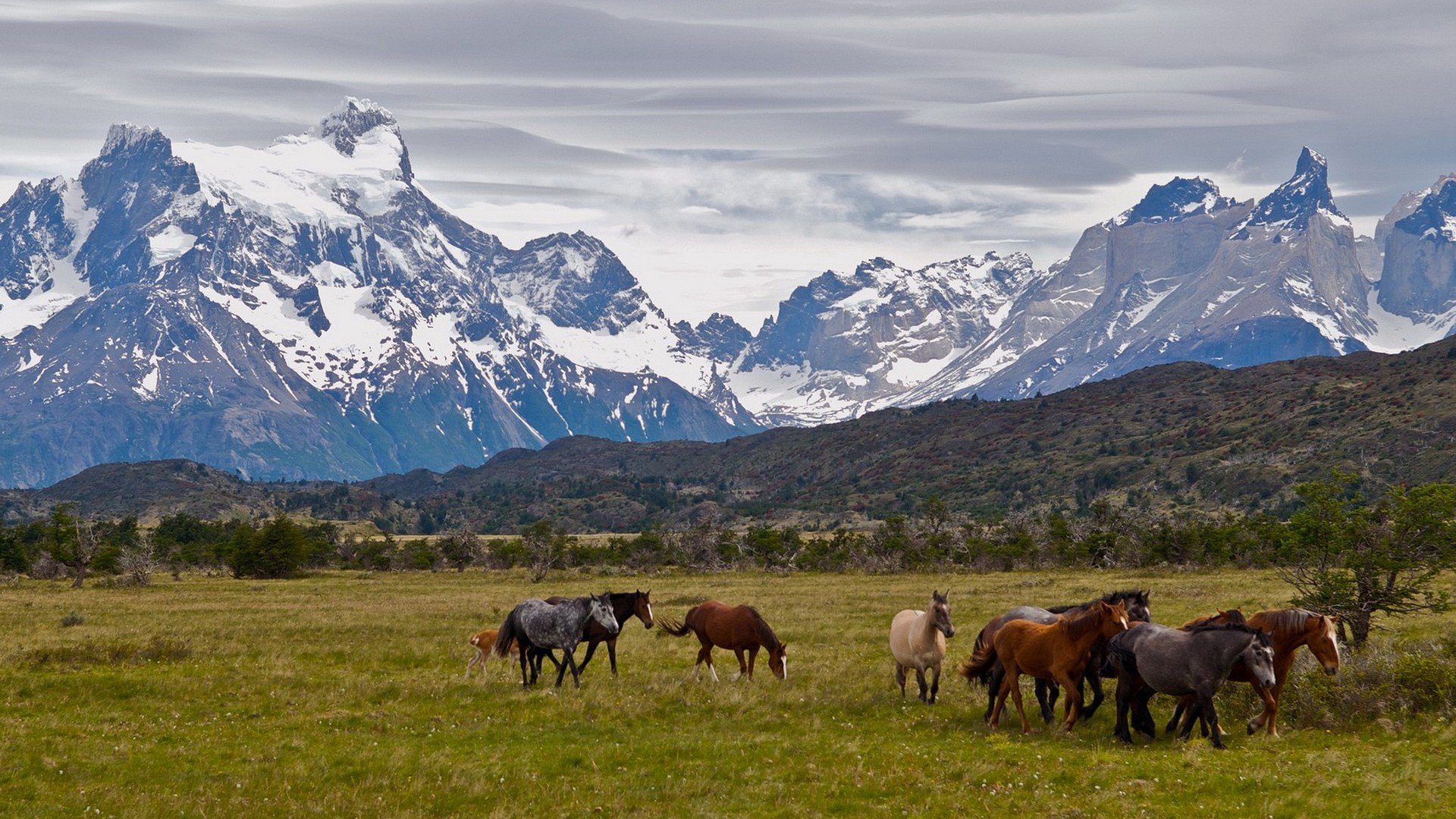 On the other hand, the President of Kazakhstan, who evaluated the actions in the country on Khabar TV in depth, stated that he interpreted the events in three waves. According to Tokayev, the first wave of protests was usually attended by citizens of Kazakhstan, who voiced their demands for peaceful purposes. While the Kazakh leader stated that violence emerged in the second wave, he described the third wave as a terrorist act directed from abroad and organized by professional militants.

In this context, Tokayev stated that he is following the investigations closely and gave the message that the actions of the police that go exceeding the law will not be allowed. In this context, the President of Kazakhstan said, “I do not justify the illegal actions of the police. If such a situation exists, those responsible should be identified. We will stop them inherently.” he said. Even this statement reveals the existence of a leader who prioritizes individual rights and freedoms in Kazakhstan.

Stating that there may be changes in the country’s parliamentary system and party system in the context of the development of democratic rights and freedoms, the President of Kazakhstan also stated that strong opposition parties are needed in the parliament. 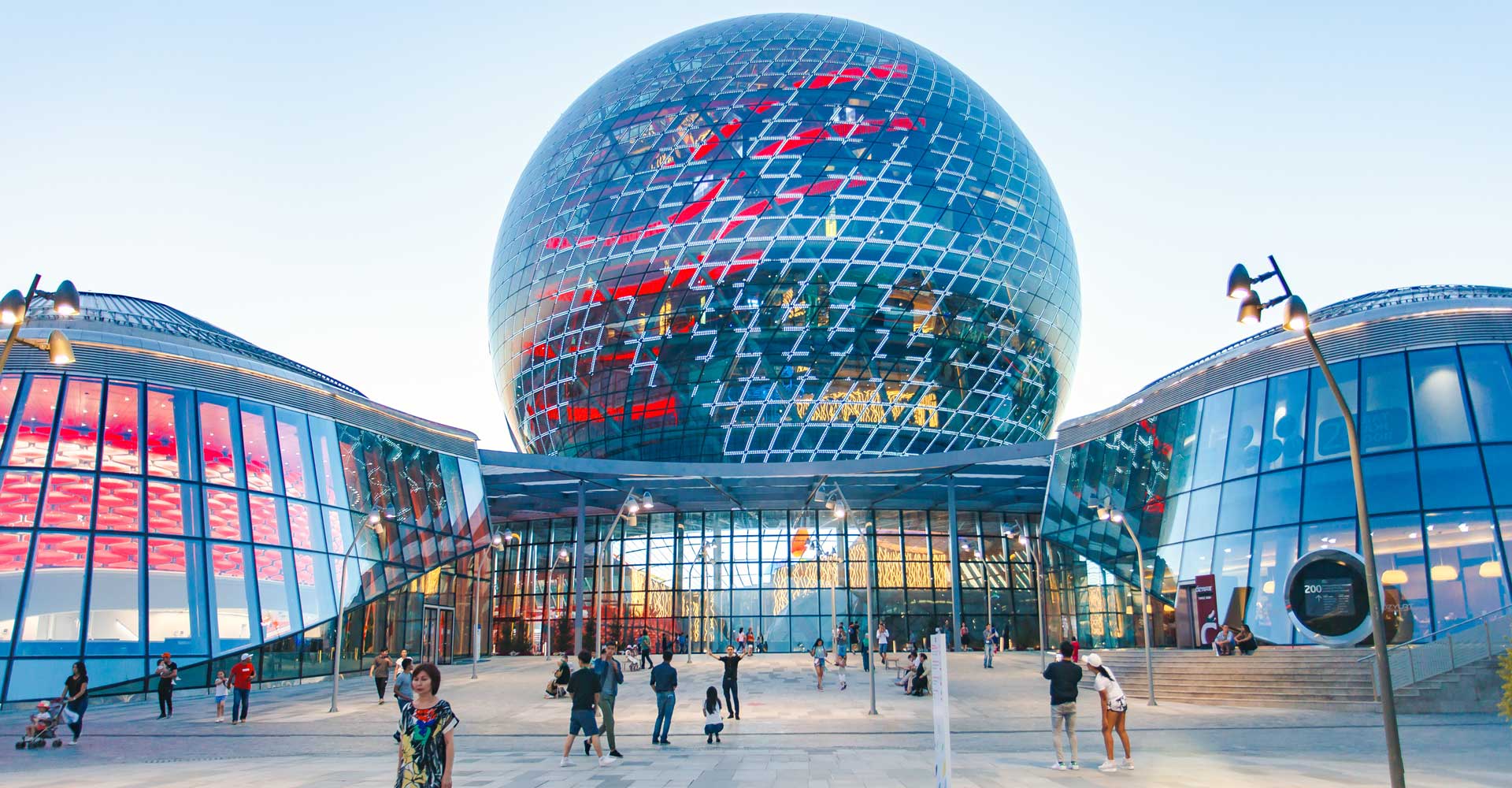 Moreover, Tokayev said that a small oligarch group controls the main sectors in the economy of Kazakhstan and stated that this situation will change. In addition, the President of Kazakhstan has once again signaled that he will create a state that hears the voice of the people, saying, “Necessary improvements will be made for the development of small and medium-sized enterprises, including facilitating access to loan fund.”

In short, the protests in Kazakhstan were read prudently by the Kazakh state mind led by Tokayev and developed an approach that did not reject legitimate demands. Tokayev, who had already shown an approach that prioritized the welfare and rights of the people before the events (including his “Address to the nation” speeches since 2019), has shown that he will accelerate the reform processes after the protests. Kazakhstan, a young state supported by the ancient steppe culture of thousands of years, successfully completed the change of scene that started with Tokayev’s becoming the President, when the President of Kazakhstan became the Chairman of the Security Council and Nur-Otan Party. Now there is a new Kazakhstan reality. 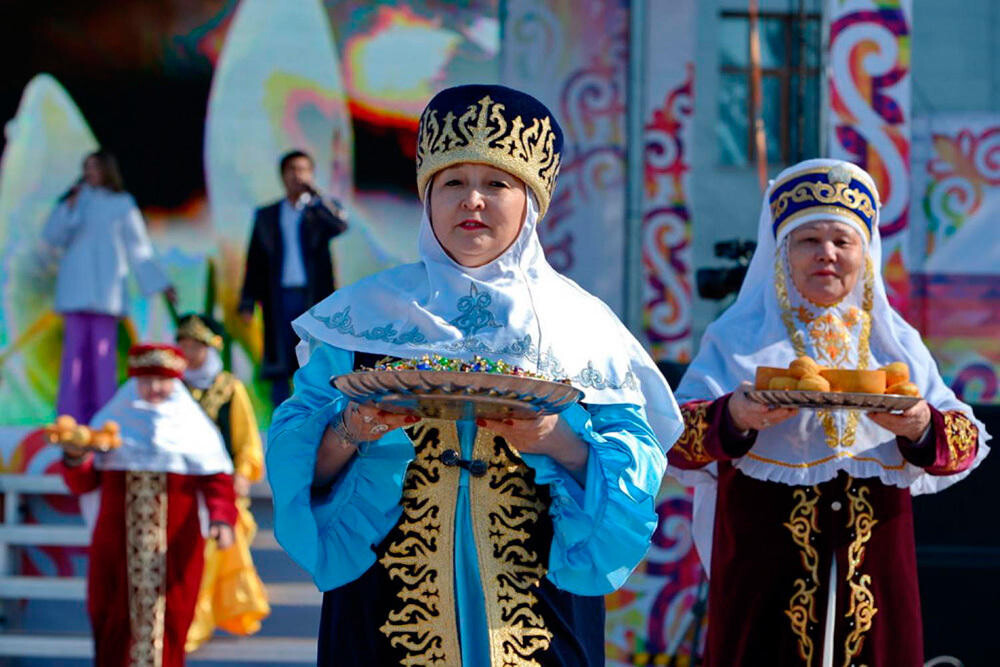 Apart from these, although he did not express his direction in foreign policy, it is understood from the speeches of Tokayev that the New Kazakhstan will follow a multilateral and multifaceted policy.

As a result, “New Kazakhstan” is preparing to offer its people a prosperous future as a state that respects human rights and rises on democratic values. However, it is obvious that Kazakhstan has just survived the terrorist attacks. Therefore, the country needs time. The stabilization of a country like Kazakhstan, located in the heart of Eurasia, is of critical importance for both Central Asia, the Turkic World and Eurasia. Because Kazakhstan is one of the strongest pillars of the region, which is to be referred to for its instability.

In order to ensure stability both in Kazakhstan and in the whole region, all actors in the country and the region must work together and build the dynamics accordingly. It should not be forgotten that a crisis in Kazakhstan or another country in the region will deeply affect the entire region. The best response to instability and chaos scenarios is a strong people-state mentality, which also comes to the forefront in the context of New Kazakhstan, which prioritizes democracy and human rights under the leadership of Tokayev, and cooperation and solidarity that prioritizes regional welfare and stability.

The thing that is expressed in the slogan of New Kazakhstan reflects the dynamism that emerged in line with the current demands of the Kazakh society, which does not reject the accumulation of the past.

The article was originally published in Ankasam Center For Crisis And Policy Studies.

The author is Emrah Kaya, a Foreign Policy Expert in ANKASAM (Turkey).