By Assem Assaniyaz in Nation on 3 August 2022

NUR-SULTAN – More than 100 service officers, including personnel of Kazakhstan’s Naval Forces and the National Security Committee’s Border Service, participated in comprehensive exercises on Aug. 2 at the Aktau garrison, reported the Kazakh Ministry of Defense. 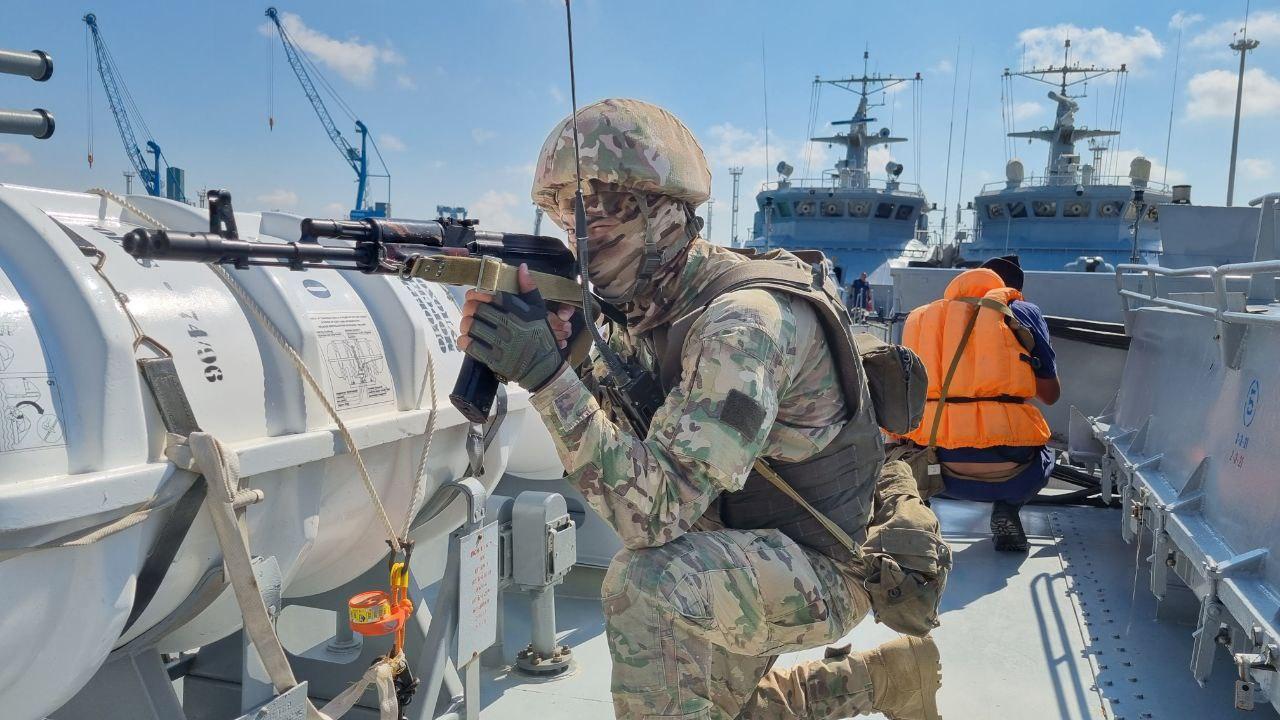 The exercises focused on the organization of anti-aircraft, anti-ship, anti-submarine and anti-sabotage defenses of the ship station.

“The exercises were held following the instruction of the head of state to strengthen interdepartmental coordination,” said Darkhan Omarov, captain of the third rank and the head of antisubmarine warfare and the antisabotage defense service of the naval base.

The participants of the exercises worked using a separate division of heterogeneous ships to repel attacks from aircraft, ships and other subversive forces in the base station. They had three ships and special equipment for the preparatory activities.

“When working out the episodes, special attention was paid to the joint actions of the personnel of the Air Assault Battalion of the Marine Corps and the first division of the coast guard ships of the Border Service Department in the Mangystau Region,” he said.

Frogmen also examined the ship hull for mines and worked out a scenario where they needed to detect and eliminate subversive forces.