By Staff Report in Business on 2 August 2022

NUR-SULTAN – A 100 megawatt grid-connected wind turbine has been launched in the Ayagoz district of the Abai Region, reported the Kazakh Energy Ministry’s press service on July 29. 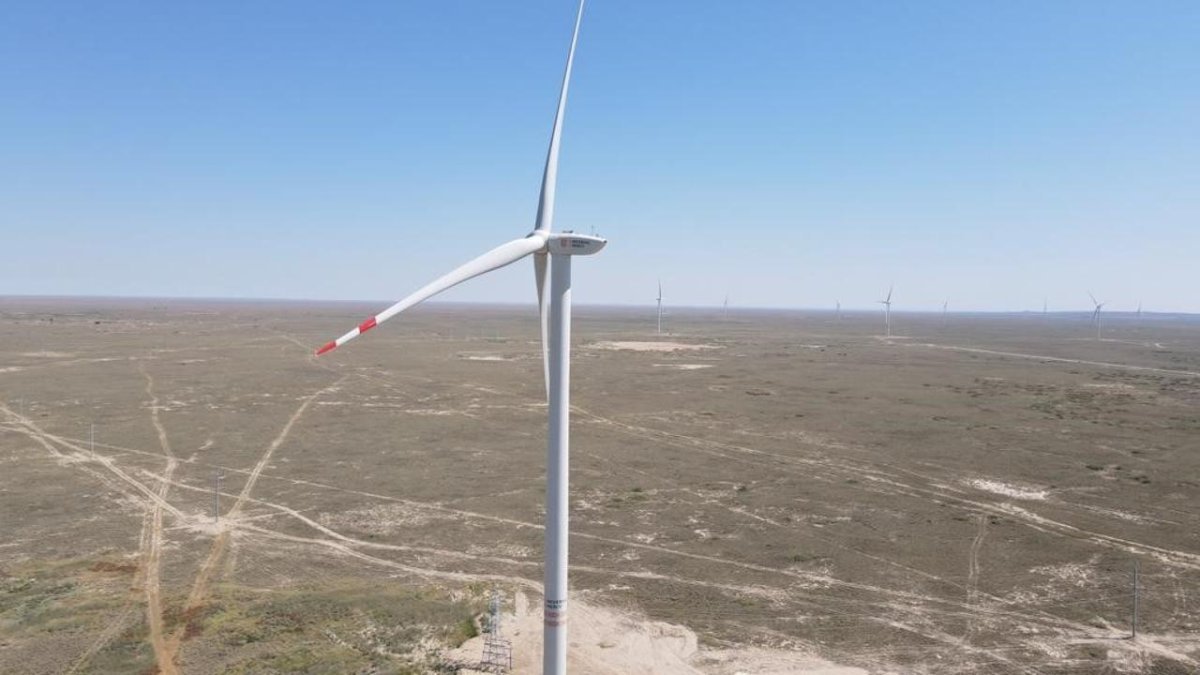 A 100 MW wind power plant was launched in the Ayagoz district. Photo credit: press service of the Energy Ministry

The project is implemented within the country’s integrated renewable energy system that generates nearly 300 million kilowatt per hour of additional electricity in the grid. Some 15 jobs have been created as a part of the project.

Kazakhstan’s Green Economy Concept policy and the Kazakhstan 2050 Strategy aim to increase the renewable energy energy balance to 6 percent by 2025, 15 percent in 2030 and 50 percent in 2050.