US to Assist Kazakhstan in Recovery of Criminal Assets

By Aida Haidar in International on 19 July 2022 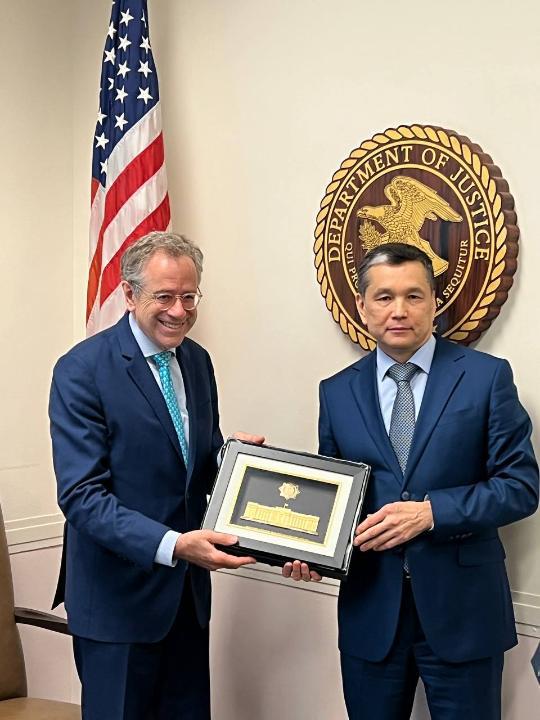 During a July 18 visit to the US, representatives of U.S. juridicial and investigative agencies assured their support of Kazakhstan’s efforts to return criminally obtained assets withdrawn abroad. Photo credit: Prosecutor General’s Office website

The Kazakh delegation met with representatives of the Federal Bureau of Investigation (FBI), the U.S. Department of Justice and the World Bank’s Stolen Asset Recovery Initiative (StAR).

“We discussed with the World Bank the need to support Kazakhstan’s efforts to return criminally obtained assets withdrawn abroad, including to offshore jurisdictions as well as the possibility of conducting training for prosecutors and investigators in this area of cooperation,” reads the statement of the Kazakh General Prosecutor’s Office.

Earlier this week, the Prosecutor General’s Office announced the returns of $473 Million from overseas.