US Anthropologist Explores Specifics of Kazakh Language and Culture

By Saniya Bulatkulova in Society on 24 July 2022

NUR-SULTAN – How many foreigners can speak the Kazakh language? There is no accurate data on this, but Alex Warburton, a linguistic and sociocultural anthropologist in contemporary Kazakhstan and Turkic Central Asia from the United States, has studied Kazakh well enough to understand local humor and engage in conversations in the libraries and outdoor markets. 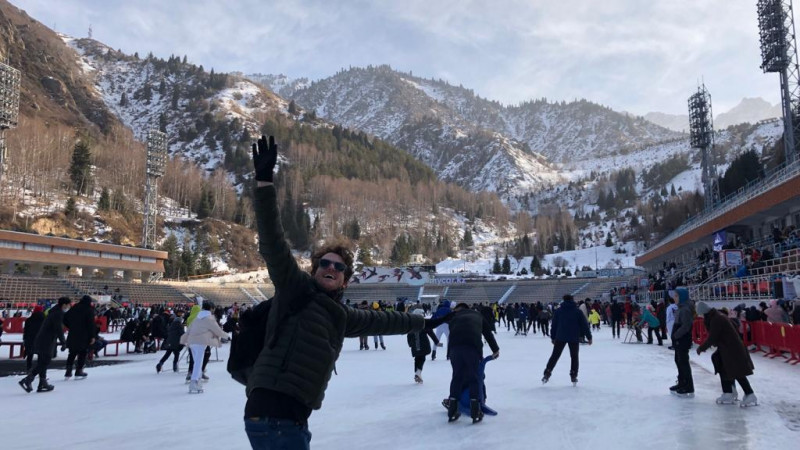 When and why Warburton came to Kazakhstan

In an interview with The Astana Times, Warburton said he came to Kazakhstan for the first time in 2016 to explore the country, its people, and language from a scientific perspective as this was the topic of his PhD research at Harvard University. Wherever Warburton goes, he learns the native language of the country, so now he speaks Spanish, French, Chinese, Indonesian, Turkish, Russian and Kazakh.

According to him, he enrolled in Harvard seeking to study Türkiye and Turkish, but finally changed his mind and chose Kazakhstan.

“Before coming here, I knew nothing about the post-Soviet world. When I came here, I first lived with a Kazakh family. My host mom and her daughter spoke to me in Kazakh but added a lot of Russian words. At that time I did not know Russian,” said Warburton in an interview with Tengrinews agency.

Warburton explained that he could study Kazakh only in Kazakhstan as he was fully immersed in his studies in the US and there were very few Kazakh courses. He began to learn Kazakh at Almaty-based KIMEP University in 2016 and continued his studies at Nazarbayev University in Nur-Sultan the next year. In 2018, he returned to Almaty. 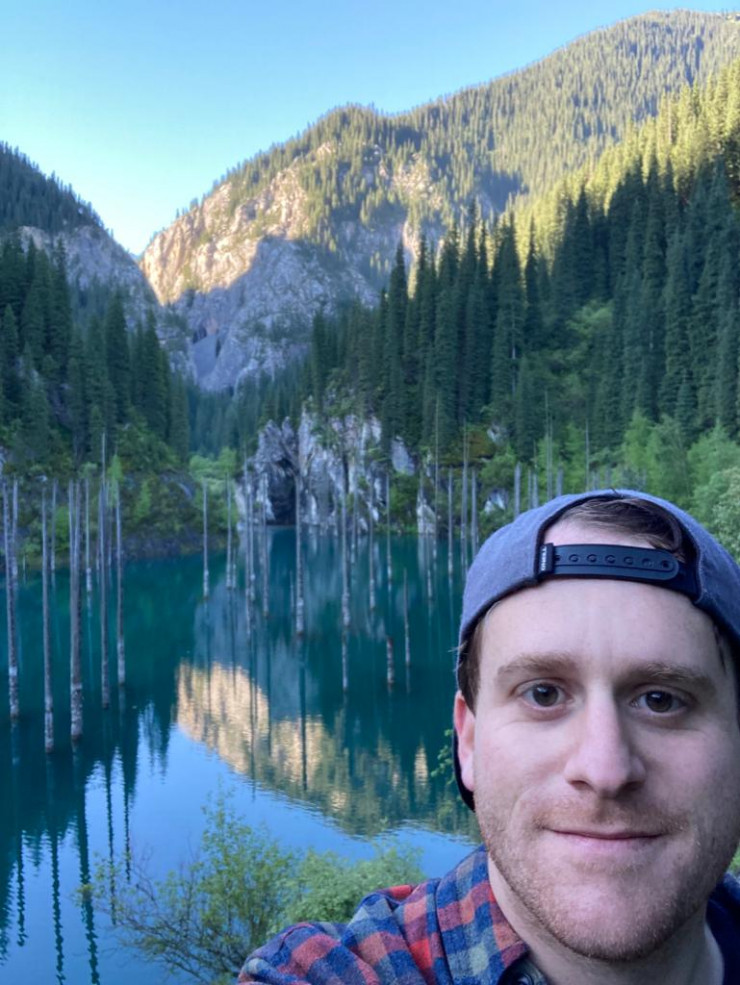 “I started my year of fieldwork in January 2020, but stopped in March due to the outbreak of the pandemic and had to wait 18 months till I could come back to Kazakhstan,” explained Warburton.

In November 2021, he returned to the country to do his fieldwork and study the language. Warburton plans to stay in Kazakhstan at least until November 2022.

The specifics of the Kazakh language

Speaking about the specifics of the Kazakh language, Warburton noted that its syntax and structure are the most difficult parts as they are completely different from English.

“English and Russian are Indo-European languages, so the structures are similar. For example, let’s take the word ‘that.’ The construction of ‘I saw that’ in Russian and English will sound almost the same, but this sentence will sound completely different in Kazakh,” Warburton said.

When asked about his efforts to master pronunciation, Warburton said that no one has ever laughed at it, instead, people understood he was not local and highly appreciated his efforts to speak Kazakh. 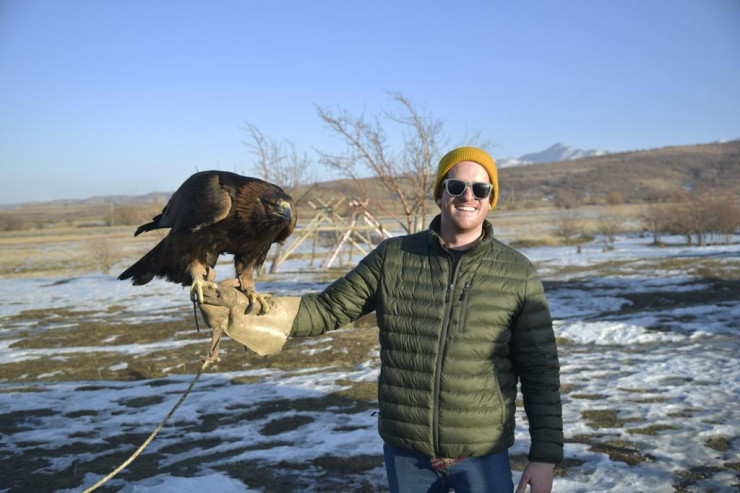 “I do not speak Kazakh so often in stores because if I start to speak Kazakh, then we will start to talk and it will last for a long time,” he said.

About culture, food and traveling

“The first artist I was interested in was Moldanazar, and there are many others. Among the movies, I really liked ‘Tulip’ – the story of a young man who was in the navy and returned to his home village, where he decided to find a wife. To be honest, I like comedies more and watched ‘The Kazakh Business’ and ‘My Big Kazakh Family’,” Warburton said.

As an anthropologist, he is curious about the nomad culture that pertains to the country.

“Earlier, when a guest came to the yurt (traditional dwelling of Kazakhs), he was seated in an honorable place called ‘tore,’ it is located opposite the entrance, behind the hearth. What is interesting is that this tradition still exists, although people have been living in apartments for a long time,” noted the researcher. 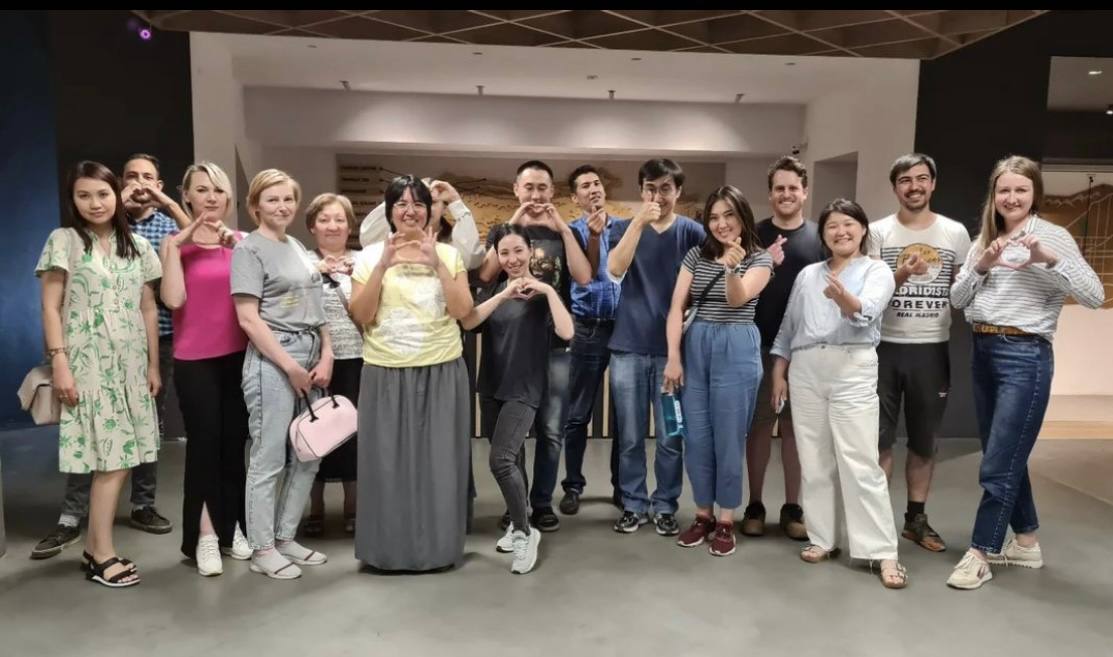 “In the US, for example, people do not eat fatty meat, but here it is the best dish. I got used to it too. I may not be able to eat it like the locals, but I started to understand its incredible taste, for example, in kazy, sausage-like food made of horse meat,” he said.

According to him, he would like to see the West Kazakhstan Region, especially Atyrau and Mangystau.

Warburton also wants to discover the Altai region because of its stunning nature.