NUR-SULTAN – The Kazakh Ministry of Culture and Sport expects 2 million people to visit national parks in Kazakhstan this year, reported the ministry’s press service on July 27. 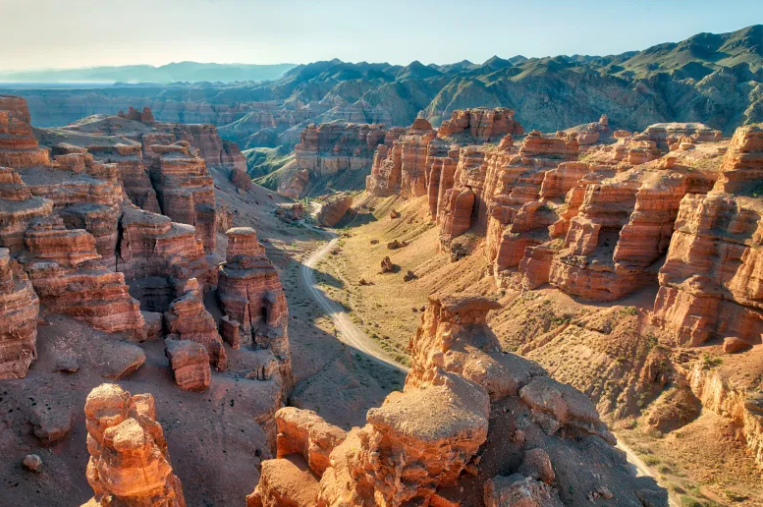 The number of tourists increased in the Charyn Canyon National Park from 16,000 to 35,000. Photo credit: civitatis.com

According to the ministry, 550,000 people have visited the Burabay National Park for the first half-year, which is two times more than for the same period last year, and 240,000 people to Shymbulak Mountain Resort in Almaty – or 90,000 people more than during the last year’s summer season.

Based on the results of the first quarter of this year, the number of domestic tourists served by accommodations increased 21.5 percent up to 1.13 million people.

The accommodation facilities provided services worth 26.3 billion tenge (US$55 million dollars), which is 25.7 percent more compared to the first quarter of 2021.

In 2021, Kazakhstan ranked 66th among 117 countries in the global tourism ranking, according to the World Economic Forum.

The country took the top spot in price competitiveness, ranked 26th in seasonality of tourism, 33rd in natural resources, and 42nd by the number of the United Nations Educational, Scientific and Cultural Organization (UNESCO) World Heritage Sites. For example, in 2019, Kazakhstan ranked 80th place among 140 countries.

In the same year, Kazakhstan reached a record number of domestic tourists – 7 million people, and the volume of investments in fixed assets in the tourism sector reached 564.4 billion tenge (US$1.2 billion dollars).