By Saniya Bulatkulova in Society on 4 July 2022

NUR-SULTAN – President Kassym-Jomart Tokayev congratulated Kazakhstan’s citizens on National Dombra Day on July 3, reports the presidential press service. Dombra Day has been celebrated on the first Sunday of July since 2018. 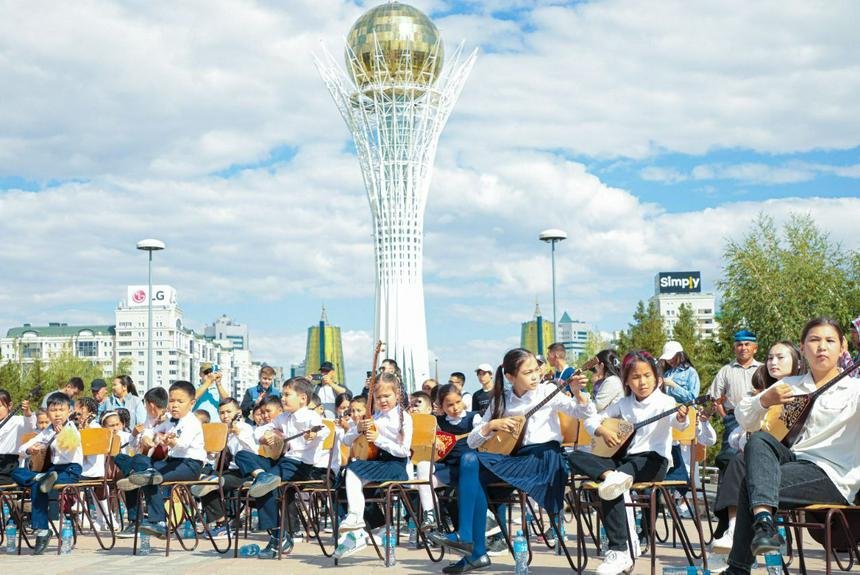 The dombra is a traditional musical two-stringed instrument. Dombra kuis (traditional composition played on dombra) have been included in the United Nations Educational, Scientific and Cultural Organisation’s (UNESCO) Representative List of the Intangible Cultural Heritage (ICH) of Humanity since 2014.

“It is a special holiday for our country. While celebrating it, we strengthen our identity and awaken the identity of the people. It helps to entrench traditions of the Great Steppe and deepen the understanding of native culture among the younger generation,” said Tokayev.

According to him, the dombra is the true mascot of the Kazakh nation. Its sound is close and familiar to everyone because Kazakhs and dombra music are inseparable from each other.

In the Pavlodar Region, more than 2,000 students of local schools jointly performed Balbyrauyn kui on July 1. According to the local akimat (city administration), it organized several master classes on how to make dobra, meetings with kuishi (performers of kuis), zhyrshy (performer of folk poems), aityskers (performer of aitys – improvised poem) and artists and exhibitions of crafts for children for educational purposes. 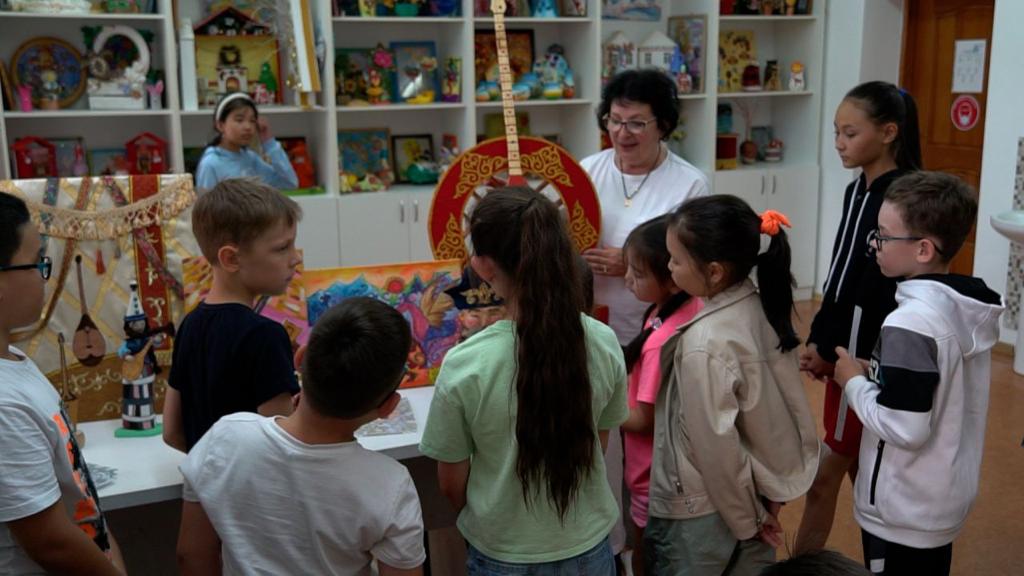 On the same day, parents of newborns in Aktau’s perinatal center were given dombras as part of the Dombra dastan campaign, while approximately 1,000 dombra players gathered at the helipad promenade in Kokshetau city to participate in Dombyra Fest.

The academic orchestra of national instruments named after Tattimbet and instrumental ensembles performed a concert in Karaganda city and later joined university students, local musicians and all interested dombra players aged from 8 to 60 to perform Adai and Balbyrauyn kuis during the flashmob. 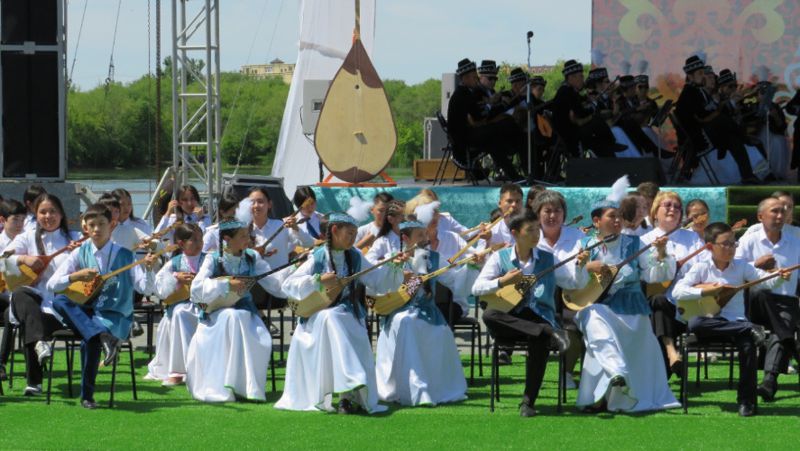 The Kazakh Embassy in China and Beijing National Instrumental Orchestra congratulated Kazakhstan on the holiday with a performance in a video published on the Telegram channel of the Kazakh Ministry of Foreign Affairs on July 3. 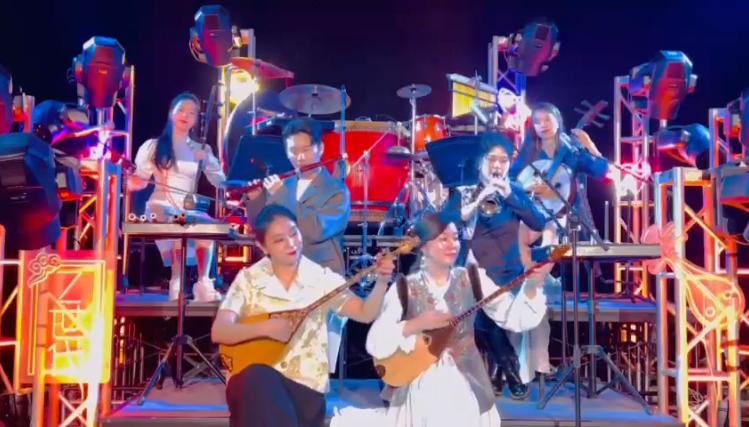 A fragment from the video of Beijing National Instrumental Orchestra’s performance dedicated to the holiday. Photo credit: MFA’s Telegram channel

Overall, festivities were held in almost all regions of the country, including the Aktobe Region, where the Ukili Dombra (Dombra decorated with owl feathers)  exhibition recently opened to showcase different types of dombra, which belong to the regional historical museum.

A fragment from the concert that took place in capital city on July 3.