NUR-SULTAN – Uzbekistan Ambassador to Kazakhstan Saidikram Niyazhojayev briefed journalists on July 8 on the latest updates regarding the July 1-2 riots in the city of Nukus in the Karakalpakstan region. 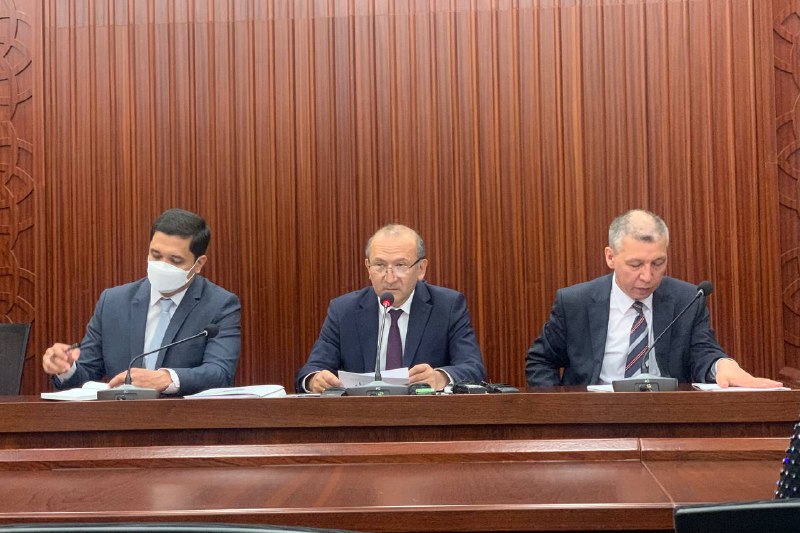 Mass riots broke out in the city of Nukus in the Karakalpakstan region on July 1-2 with people protesting against the proposals for constitutional amendments. Niyazhojayev said it was an “attempt to undermine constitutional order, territorial integrity and unity of the Republic of Uzbekistan.”

“The riots were organized with the assistance of external forces. The events were not accidental and had been prepared in advance. These unlawful actions had obvious signs of pre-planned sabotage aimed at fomenting separatism, destabilizing and splitting the peaceful united democratic country,” said Niyazhojayev.

As a result, 18 people were killed, 243 citizens were injured, and 270 law enforcement agents were wounded, including 23 officers who are in serious condition.

President of Uzbekistan Shavkat Mirziyoyev declared a state of emergency in Karakalpakstan that will last until Aug. 2.

Niyazhojayev also addressed major priority areas of constitutional amendments. The amendments will reflect changes honoring people’s rights and dignities, abolition of the death penalty, rights of detainees, reflect the functions and responsibilities of the state to provide the population with housing, support the interests of children, and people with disabilities, among other areas.

“The current reforms serve to implement the idea in the name of human honor and dignity and are based on the central principle of the individual, society, and the state, which are intended to be a fundamental value in our daily lives,” said Niyazhojayev.

Following the unrest, Mirziyoyev said the proposed constitutional amendments related to the Karakalpakstan region’s status would be not be supported. Earlier, Uzbekistan’s government proposed to discuss the proposals for the amendments to the Constitution at the national level and adopt its updated version by referendum.