NUR-SULTAN – The Supreme Council for Reforms, a supreme body for finalizing and adopting the nation’s reform plan, convened their meeting on June 30 to discuss reforms in the financial sector, atomic energy and migration policies, reports the presidential press service. The council is chaired by President Kassym-Jomart Tokayev. 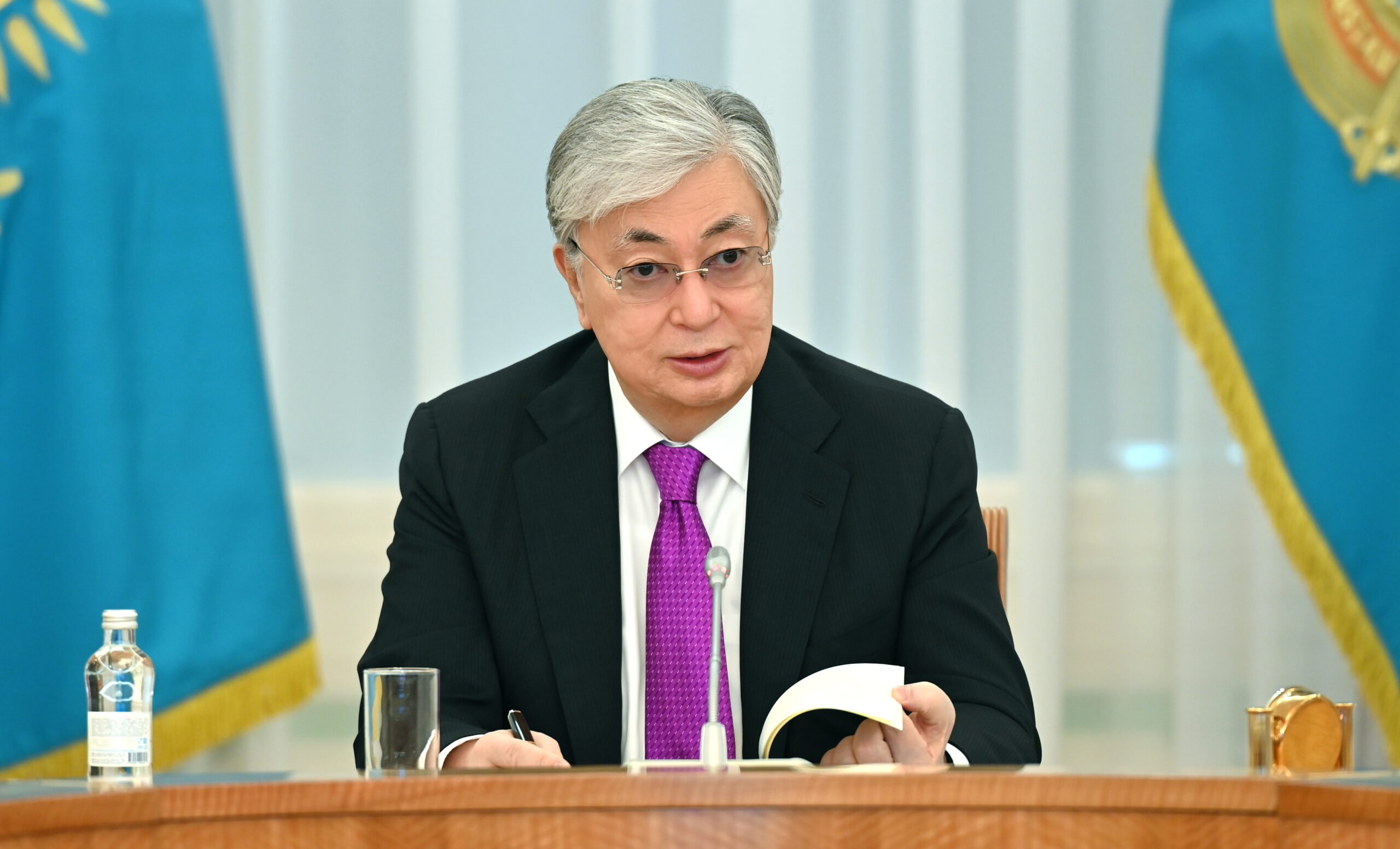 The meeting began with a discussion of the Concept of Financial Sector Development. Deputy Chair of the council Sir Suma Chakrabarti, and Chairwoman of the Agency for Development and Regulation of Financial Market Madina Abylkassymova delivered their reports.

In turn, President Tokayev focused on the prospects for the introduction and use of blockchain technology and digital currencies for central banks. According to him, this is not just a “futuristic view of the future financial systems, but work in progress.”

“Many governments have already begun to physically test their digital currencies. Ecosystems for their operation are being developed and created. We must be prepared to adapt our institutions to the new realities,” said Tokayev.

The National Bank announced on Friday that a final decision on the implementation of the central bank’s digital currency in Kazakhstan will be made by the end of 2022 and the end-to-end testing of the technological platform of the digital tenge with market participants and consumers is scheduled for the fourth quarter of 2022.

The report published by the bank indicates that the final effect for consumers of payment services will be a priority in the development of the decision to launch the Digital Tenge.

The model considers the analytical tools recommended by international organizations as well as the approaches of foreign regulators and includes studies to assess the technical feasibility of the digital tenge, potential economic benefits, and costs, opportunities for regulating the system, and the potential for ecosystem development.

In his remarks, Tokayev also stressed the importance of strengthening the work to counter financial pyramids, which have seen a significant surge in recent years. Over the first five months of this year alone, such organizations have seized the property of more than 17,000 depositors worth over 27 billion tenge (over $58,1 million).

Another urgent task, according to Tokayev, is the need for more active lending to the real economy by banks and the redirection of the instruments of the National Bank and the government towards stimulating the flow of bank liquidity to support companies, especially small and medium businesses.

As Kazakhstan works to deliver on its promise to achieve carbon neutrality by 2060, developing alternative energy sources becomes a priority item. The measures to develop safe nuclear and hydrogen energy in the country were on the meeting agenda as well.

According to the data from the International Atomic Energy Agency, nuclear power accounts for around 10 percent of the world’s electricity generation capacity, making this sector the fourth largest source of electricity after coal (36.7 percent), gas (23.5 percent), and hydropower (16 percent).

“Nuclear power generates more than a third of all low-carbon electricity, reducing annual CO2 emissions by nearly two billion tons, equivalent to the emissions of 400 million cars. At the same time, the amount of uncertainty about the future of nuclear power is quite high due to various factors. However, it is clear that in the context of the current energy crisis and volatile energy prices, the use of the peaceful atom is on the agenda of many governments,” Tokayev told the meeting.

While the construction of an atomic station is still viewed with skepticism by the public, Tokayev said it is important to identify a short list of technology suppliers, where, besides price parameters, the emphasis will be on the reliability of the technology. He suggested studying Turkey’s experience in building the Akkuyu nuclear power plant.

Speaking about the migration policy, the President emphasized the importance of attracting labor migrants, who will create added value in terms of economic development and the intellectual potential of the nation.