in Kazakhstan Region Profiles: A Deep Dive Into the Heart of Central Asia, Society on 12 July 2022

NUR-SULTAN – The fourth release of Bactrian deer was held in the Ile-Balkhash reserve, reported the Forestry and Wildlife Committee of the Kazakh Ministry of Ecology, Geology, and Natural Resources on July 11. Overall, there are 150 species to date. 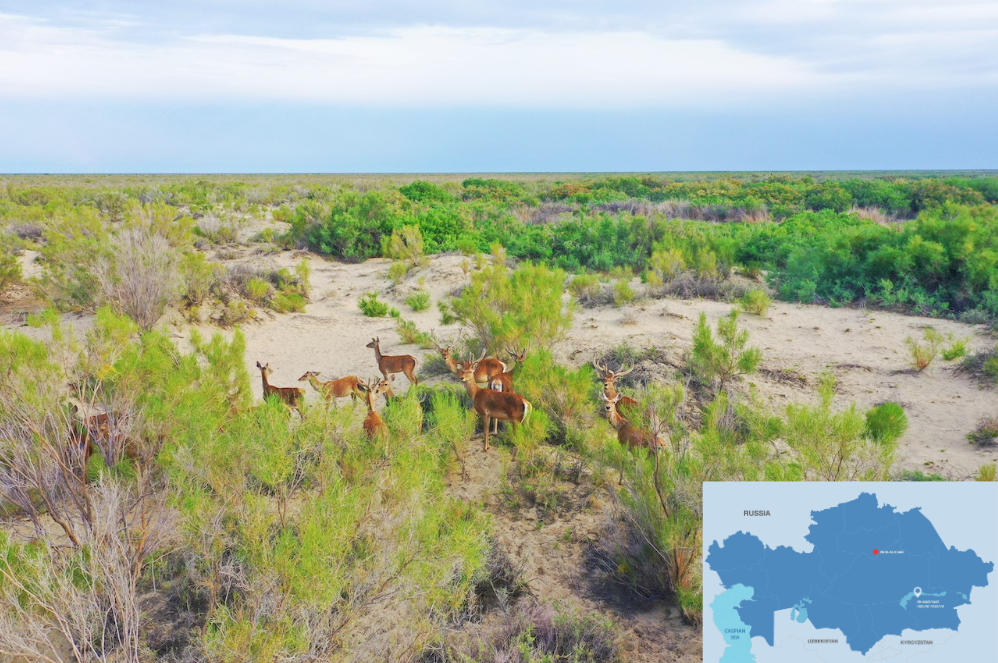 The return of Bactrian deer to the wildlife of the Balkhash region is part of the tiger reintroduction program of the Forestry and Wildlife Committee, supported by the World Wide Fund for Nature (WWF) Russia and United Nations Development Program (UNDP) in Kazakhstan

Some 61 Bactrian deer, also called the Bukhara deer, were brought from the Karachingil state hunting farm to the Ile-Balkhash natural reserve, a specially protected natural area in the Almaty Region. Six camera traps were installed throughout the area to track the movements of animals.

Special collars with the GPS detectors were put on three deer. The devices do not harm the animals.

The Bukhara deer is listed in the Red List of Kazakhstan, as well as in the International Union for Conservation of Nature (IUCN) Red List of Threatened Species.

The video was published on EcoMedia’s Telegram channel.