NUR-SULTAN – As Kazakhstan celebrated the 30th anniversary of its diplomatic service on July 2, many prominent political figures who have contributed to the establishment of diplomatic relations over the years of independence and before have been called to memory. Among them is Nazir Torekulov, the first Kazakh diplomat to travel to Saudi Arabia to become an ambassador and the one who was closely involved in building the relations between the two divergent countries – the Kingdom of Saudi Arabia and the Soviet Union and whose 130th anniversary Kazakhstan celebrates this year. 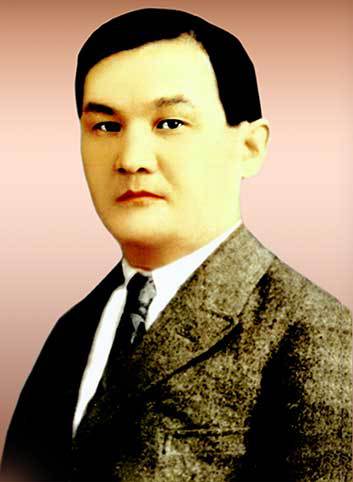 Tair Mansurov, director general of the Eurasian Development Center, former Kazakh ambassador to Russia, and the person who largely contributed to restoring the majority of archive documents about Torekulov, said in a documentary named “USSR Ambassador” that “for many decades, Nazir Torekulov’s name was consigned to total oblivion, and only two stingy lines about him could be found in the diplomatic directory.”

The analysis and study of the archive documents initiated by Mansurov made it possible to build a rather complete picture of Torekulov’s political life and as a result of the research, several scientific and popular books about Torekulov were published.

This allowed for the restoring of the image of this remarkable Kazakh diplomat who stood at the foundation of Soviet-Saudi relations.

He was born in 1892 in southern Kazakhstan in a village near Turkistan city to a family of cotton traders and owing to that was able to get a good education.

In 1916, Torekulov had to quit his studies at the economic faculty of the Moscow Commercial Institute as he was mobilized to join other native Kazakhs in the war effort to dig trenches during World War I.

His first contact with diplomacy came during 1920-22 when he held several government positions in Tashkent. Torekulov worked as head of the People’s Committee of Education of Turkestan, executive secretary of the Central Committee of the Turkestan Communist Party, chairman of the Turkestan Central Election Committee, and editor of Ishtrati Iyun newspaper.

At the age of 29, Torekulov was elected the chairman of the Turkestan ASSR (Autonomous Soviet Socialist Republic). In this position, he succeeded another famous Kazakh figure Turar Ryskulov.
Torekulov was back in Moscow from 1922 to 1926 heading the Central Publishing House of the people of the East. During that time, he concentrated on ideological work in politics, science, education and journalism. In six years, the publishing house issued 60 million units of scientific, educational, political and fiction literature in the 50 languages of the Soviet Union nationalities.
From 1927 to 1935, Torekulov was at the center of diplomatic activity surrounding relations between the Soviet Union and Saudi Arabia, which was initially the Kingdom of Hejaz and Nejd (until 1932).

As a Soviet ambassador, Torekulov contributed to transporting pilgrims from the Soviet Union to Mecca and back, gasoline deal under which 50,000 crates of gasoline and an equal amount of kerosene were delivered to Hejaz, and the official visit of the Saudi delegation to the USSR.

His language skills and close familiarity with Muslim culture enabled him to establish a good reputation and earned him the respect of the King and his family. 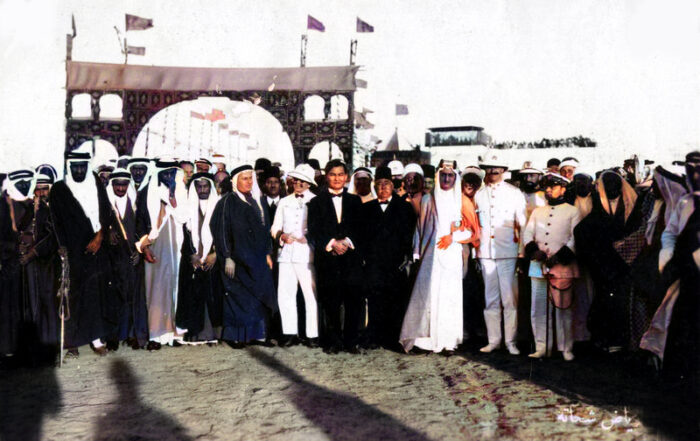 Torekulov’s language skills and close familiarity with Muslim culture enabled him to establish a good reputation and earned him the respect of the King and his family. Photo credit: fnt.kz

During Torekulov’s service in Saudi Arabia, a ten-day visit of the Saudi delegation led by Prince Faisal to Moscow in 1932 was organized, which can be considered one of Torekulov’s main political achievements as the ambassador.

The visit was important for both sides. Moscow aimed to establish relations with the son of the Saudi monarch and the future heir to the throne, while the Saudi side hoped to reach agreements with the Soviet government to provide Soviet commodity credits. 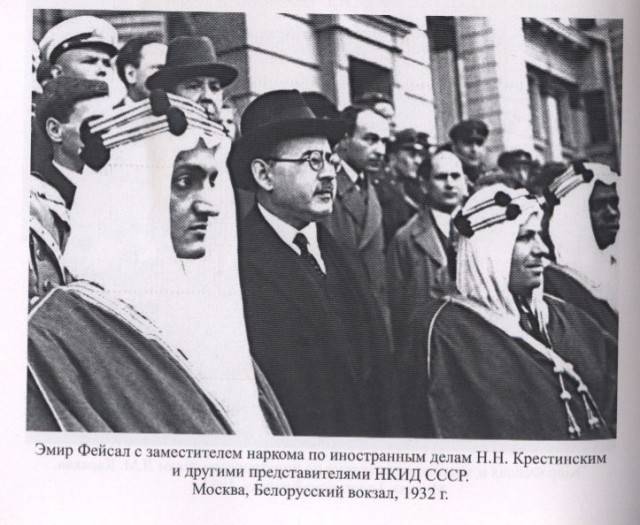 For his close connection to the Kazakh intelligentsia, many of whom were accused of Pan-Turkism and executed, Torekulov also fell victim to Stalinist repression. In July 1937, Torekulov was accused of nationalism and arrested. He was executed on Nov. 3 the same year.

In 1958, the sentence against Torekulov was lifted and he was exonerated. In 2003, the Kazakh government issued a decree that established the Nazir Torekulov Medal for his contribution to foreign policy.