KazISS Director Sees Growing Importance of Kazakhstan for US

By Staff Report in International on 21 July 2022

If Kazakhstan was once interested in working closer with the United States, the same can be said of the US now, said Director of the Kazakhstan Institute for Strategic Studies Yerkin Tukumov, among other things, in an interview with Zakon.kz. 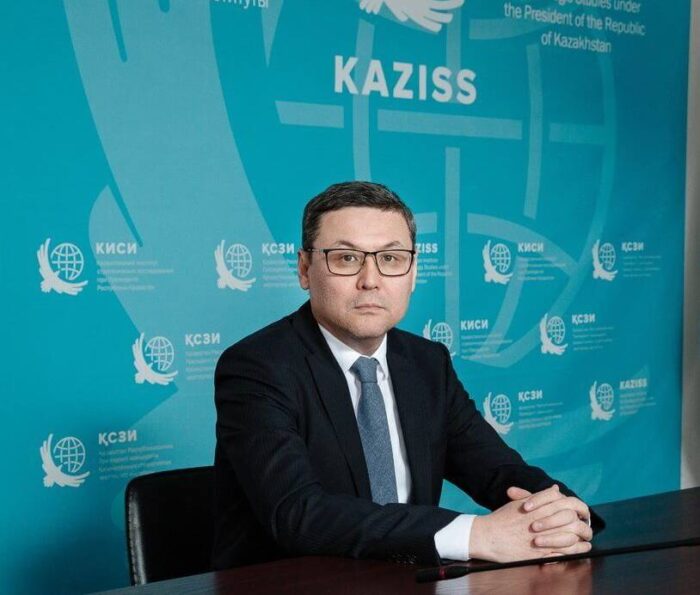 – The Minister of Foreign Affairs of Kazakhstan recently said that Kazakhstan is writing a new chapter in its relations with the US. What does this mean and what does Kazakhstan, the country with the longest border with Russia in the world, mean for the US?

– Our foreign policy priorities have long been identified and generally have not changed. We have a multi-vector policy, and it has taken its place and proved its effectiveness. We have good allied relations with Russia and with China and with the Central Asian countries and the European Union.

In addition, over the years of independence, we have built effective mutually beneficial relations with the US, and as a person who studied and lived there for some time, I can say that we must develop better relations with this, I am not afraid to say this word, great country.

No matter how much they say now that the world’s hegemon is about to change; in the economic, investment, technological and cultural spheres the United States has been and remains the leader. For example, we all watch Hollywood movies, we go to study in their country, and we know how good their education is. In any world ranking, American universities are in the leading positions, they indeed have the best educational system.

– Do many Kazakh students study in the US?

– Each year tens of thousands of Kazakh students study in US universities. They bring back to their country new expertise, new ideas and knowledge in various sectors of the economy, public administration and medicine. I think this educational effect should increase in Kazakhstan every year..

It is worth mentioning that the US is one of the first countries that recognized our independence and supports our economic reforms. They have been and remain among our leading investors and put billions into the economy of Kazakhstan. Thus, in 30 years, the volume of US direct investment in our economy exceeded US$46 billion. Currently, Kazakhstan has over 500 companies with US capital, including McDonald’s, Procter & Gamble, Chevron, and many others. For us, economic relations with the United States are very important, although the previous year the level of trade between our countries reached just over US$2 billion, which, of course, is not good enough for us. 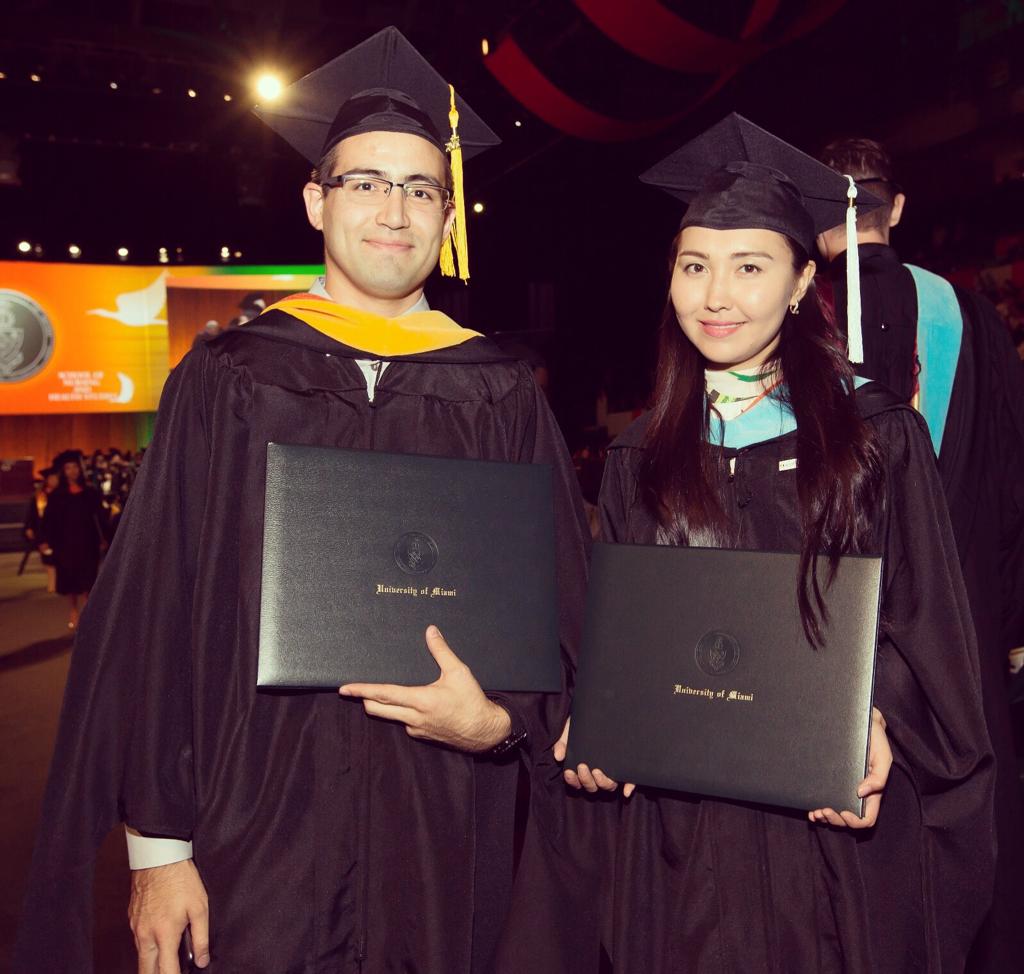 Sabit Karayev and Nazgul Bayetova moved to the US after they won Bolashak Presidential Scholarship, which gives a chance to talented young people to study abroad, in 2014. Photo credit: weproject.media

We have a good potential in economic cooperation, especially in the non-primary sector, and I see the prospect of their further development in strengthening relations with the US in these matters. The US has been and remains one of the leading countries in technological development. This is evidenced by the huge investments that they annually put specifically in advancing research and development work (R&D).

For example, last year US$0,5 trillion was invested. Ultimately, this investment returns to them in the form of successful startups, technological breakthroughs in all industries. In this regard, certainly, we must cooperate with the US and take an active part in developing partnerships in R&D.

I would like to cite Boston as an example. The gross domestic product (GDP) of this city alone is greater than the GDP of Kazakhstan. This is despite the fact that there is no oil, no gas, and no other mineral resources.

– Then, how do they have such a high GDP?

– Their GDP is science. They have the best, oldest and largest universities in the world – Boston, Harvard, and Massachusetts Institute of Technology (MIT). Through science, they earn billions of dollars.

Boston is not only a scientific capital, Boston is one of the world capitals of medical tourism, where millions of people from different parts of the world come for medical treatment every year. Boston is also a hub for biotech companies. Within Boston alone, there are thousands and thousands of them. All this shows how important it is for us to develop relations with the US in the field of technology and the non-primary sector of the economy.

Overall, the US is the largest economy in the world. In terms of purchasing power, China has already come out on top, but in terms of nominal GDP, the US has remained the leader. As far as I remember, last year they had a GDP equal to US$17.5 trillion.

While in Boston, I was talking to a professor at MIT, and he said that the problems of the current world are not about money, but about finding brilliant ideas that would eventually be implemented in large-scale global projects. Take the example of Apple, which started in a garage, and eventually grew into one of the most successful and huge companies in the world in terms of capitalization.

– What can you say about the political relationship between Kazakhstan and the US?

– The US was one of the first countries to recognize Kazakhstan’s independence and provided all possible support to our sovereign development.

When Kazakhstan began its major political reforms this year, the US once again expressed its full support, including the June 5 referendum on constitutional changes. It was confirmed at almost all levels – in the White House, in the State Department, and in the US Congress. We have developed a fairly good mutual understanding of our shared political agenda, and of Kazakhstan’s democratization process.
As for cooperation in the security field, we have a platform referred to as C5 + 1, where the countries of Central Asia, together with the US, discuss various projects for partnership and cooperation in Central Asia, including on the climate agenda and the development of investments.

– Once, Afghanistan used to be on the agenda as well.

– In principle, it is still there. Kazakhstan, in turn, constantly supported the US efforts to stabilize the situation in Afghanistan. For example, Afghan students studied in Kazakhstan. In addition, we provided humanitarian aid to Afghanistan. Last year, Kazakhstan sent 5,000 tons of flour to address the humanitarian crisis. 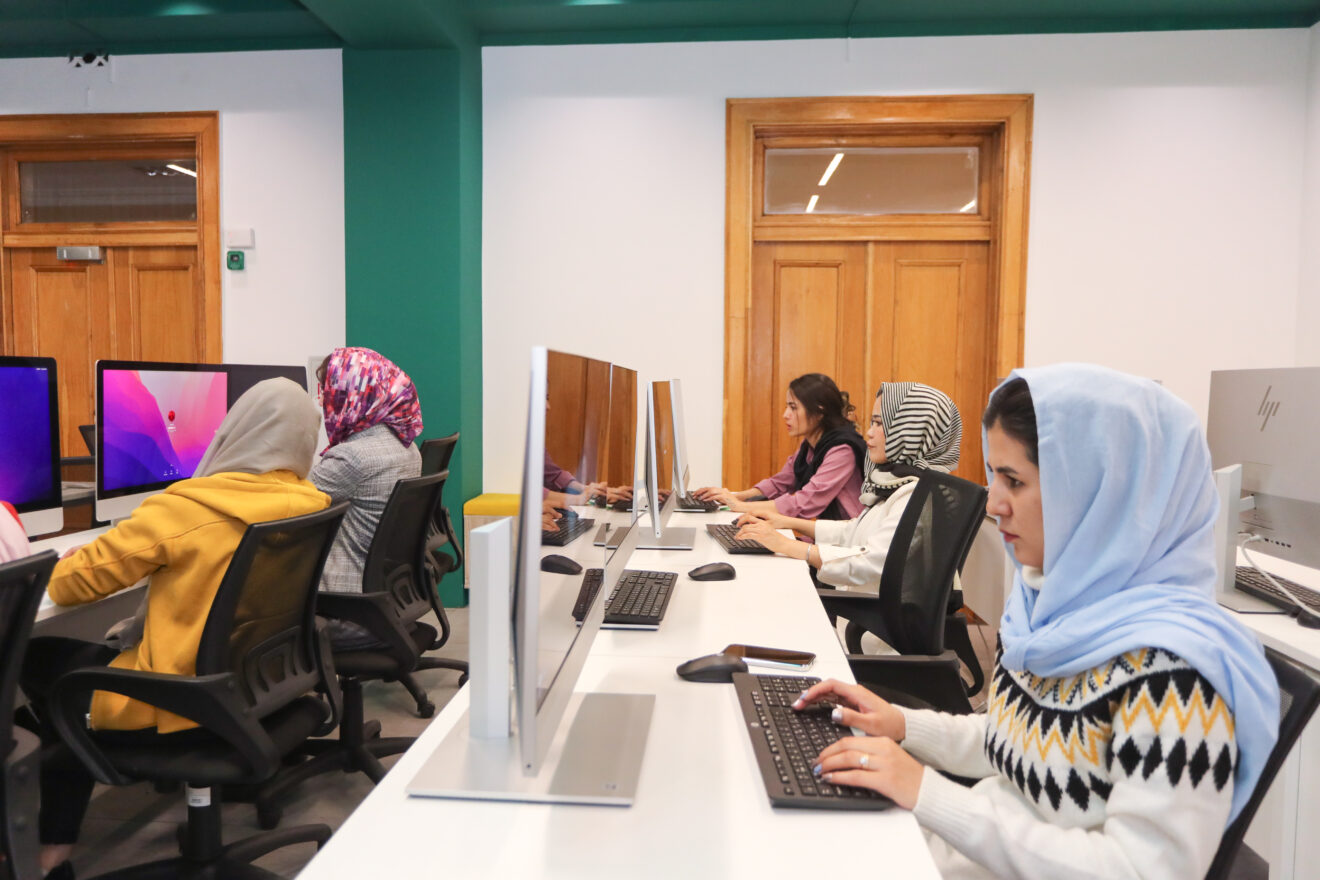 In general, we can say that we have a fairly good dialogue with the US in the security field.

Separately, I would like to highlight the development of human capital in our relations with the US. As I said, thousands of Kazakh students study at the best American universities, including Ivy League universities, and here I see huge potential for the development of Kazakhstan both in the economy, public administration, and other areas. This is also a good bridge for strengthening relations between the two countries and a great, still unrealized potential.

– What does Kazakhstan, the country with the longest border with Russia in the world, mean for the US?

– For the US, one of the key factors in their attention to Kazakhstan is its geography. Kazakhstan has a long land border not only with Russia but also with China. Along the Caspian Sea Kazakhstan has a border with Azerbaijan and Iran. We also have cross borders with other Central Asian countries. Therefore, if we look from this point of view at the prospects for the development of global corridors, and not only transport corridors, but also along the east-west, and north-south lines, then Kazakhstan is in a very advantageous geographical position. If earlier Kazakhstan was interesting to the US in regards to Afghanistan, today everything is changing.

Today, Kazakhstan is becoming an increasingly important actor in the international community and for the US, a world superpower. If we take all the global corridors in aggregate – automobile, railway, energy, and the movement of human capital, then Kazakhstan becomes one of the most important countries in terms of the global circulation of goods and services.

Unfortunately, the construction of roads in Kazakhstan and the infrastructure leave much to be desired. Kazakhstan is a huge country, and we need good roads and quality infrastructure, and if the government of Kazakhstan pays attention to the development of road infrastructure, then the US experience will be very useful for us in this regard.

Secondly, Kazakhstan is interesting for the US in terms of human capital. We are probably one of the largest countries in the post-Soviet space, with the largest number of graduates who graduated from leading American universities. For the US, it is always important what young professionals who studied in their country are doing.

I think it’s time to create an association of young Kazakh graduates of American universities, where they could discuss and apply the knowledge gained in the US for the improvement of their country.

This interview was originally published on Zakon.kz website in Russian.