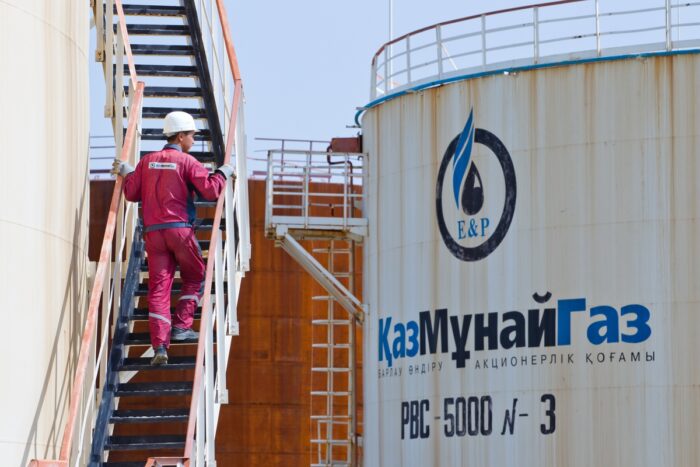 KMG is a key asset of Samruk Kazyna National Wealth Fund, a state-owned sovereign wealth fund that controls most of Kazakhstan’s valuable assets – all worth nearly US$67.4 billion. KMG alone produces 25 percent of the country’s oil and gas condensate and 15 percent of natural gas and associated gas. It also owns a 56 percent share of Kazakhstan’s oil transportation market.

In 2021, KMG produced 21.651 million tons of oil and 8.1 billion cubic meters of associated gas and natural gas. Besides its exploration activities, KMG operates the four largest refineries in Kazakhstan and two in Romania.

The initial public offering (IPO) of KMG shares will take place on the platforms of Astana International Exchange (AIX) and KASE (The Kazakhstan Stock Exchange). The fund and KMG have hired investment banks to prepare the listing.

“The main point of our development strategy is the reduction of the share of Samruk Kazyna in the local economy and the implementation of our comprehensive privatization plan. In February this year, the government approved new criteria for our assets to be included in the list of the privatization program. The philosophy of this criteria is based on the idea to promote an inclusive economy and create competitive markets,” said Satkaliyev at the Astana Finance Days on June 28. He noted KMG’s huge potential in terms of development and the energy transition.

Speaking about other plans for IPO, Satkaliyev said Air Astana is most ready, but considering the current geopolitical situation, conducting Air Astana IPO this year will not be effective.

There is a possibility of QazaqGas national company, which is in charge of natural gas transport via main gas pipelines, international transit, and sale of natural gas on domestic and foreign markets, going public in 2023.

“The company is young and ambitious,” he said. “The company, however, needs to focus on the growth in the resource base and implementation of large infrastructure projects.”

Addressing the Astana International Financial Centre management council meeting on June 2, President Kassym-Jomart Tokayev emphasized all citizens should have equal opportunity to buy shares of national companies, including through digital platforms. It is one of the ways to form an investment culture among people.

“To involve the general population, we plan to use Kazpost’s [national post company] digital infrastructure, exchanges and brokers. For example, it will be possible to buy shares without leaving home, using mobile applications, and for remote regions – to use the services of Kazpost offices,” said Satkaliyev.

In November 2018, Kazatomprom, the world’s leading uranium producer and one of the Samruk Kazyna assets, placed 15 percent of its shares worth $451 million on the London Stock Exchange and AIX becoming the first national company listed on an international stock exchange. Back then, its shares were purchased by 49 foreign and 17 local companies and 2,700 Kazakh citizens.