By Aida Haidar in International on 19 July 2022

NUR-SULTAN – The trade turnover between Kazakhstan and the European Union countries for the first half of 2022 reached $20.1 billion, a 51.2 percent increase compared to the same period last year, said Kazakh Prime Minister Alikhan Smailov during a July 19 video conference, reports the Kazakh Prime Minister’s press service. 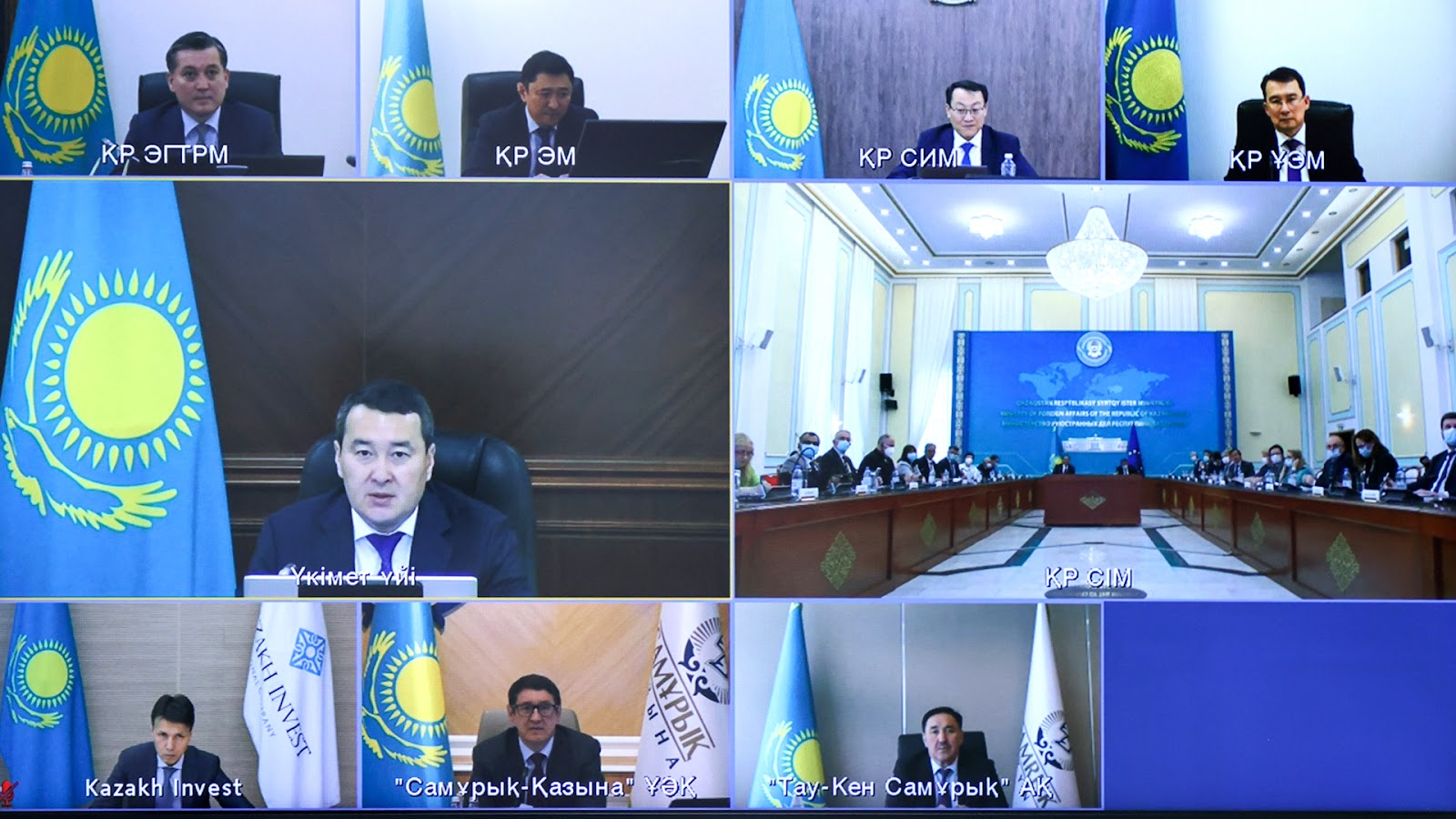 The EU has been one of the main political, trade, economic and investment partners of Kazakhstan for many years, said Smailov.

Smailov noted the EU’s interest in the country’s mining industry. He invited the countries of the EU to partner with Kazakhstan in geological services in such areas as digitalization, the development of geological science and the establishment of industry infrastructure.

“The potential for cooperation in this sector is enormous indeed,” said Smailov.

The Kazakh PM announced that a single Kaznedra platform will be commissioned to combine and integrate all existing information systems in the field of subsoil use. Thе platform will facilitate comprehensive service support to investors in a ‘single window’ format.