NUR-SULTAN – Kazakhstan and Georgia reviewed prospects for cooperation in trade, and logistics with an emphasis on the Trans-Caspian international transport route (TITR) during the meeting of Kazakh President Kassym-Jomart Tokayev with Prime Minister of Georgia Irakli Garibashvili on July 27, as Garibashvili paid his official two-day visit to Kazakhstan on July 26-27, reported the President’s press office. 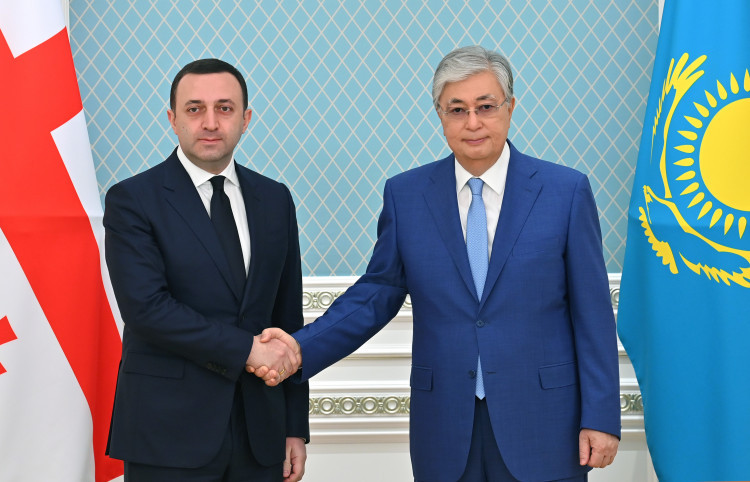 “We are tied by close ties of friendship and multifaceted cooperation. Our task is to strengthen and develop our friendly relations,” said President Tokayev.

They discussed ongoing cooperation in trade, economics, investment and humanitarian areas between Kazakhstan and Georgia focusing on transport and logistics.

Tokayev offered to consider Kazakhstan as a gateway to Central Asia with direct access to neighboring China.

Georgia and Kazakhstan are partners in the TITR, also known as the Middle Corridor, which starts from China and runs through Kazakhstan, the Caspian Sea, Azerbaijan, Georgia and on to Europe. It plays an important role in strengthening ties between Kazakhstan and Georgia.

During the meeting, the Georgian Prime Minister noted a 150 percent increase in the trade turnover in the first half of the year.

“We have excellent relations of friendship and multifaceted cooperation. I have come with an important message – we are interested in developing bilateral cooperation, expanding our relations in all spheres,” – said Garibashvili, adding that the two countries have great opportunities to expand ties. “We appreciate our relations, cooperation and friendship.” 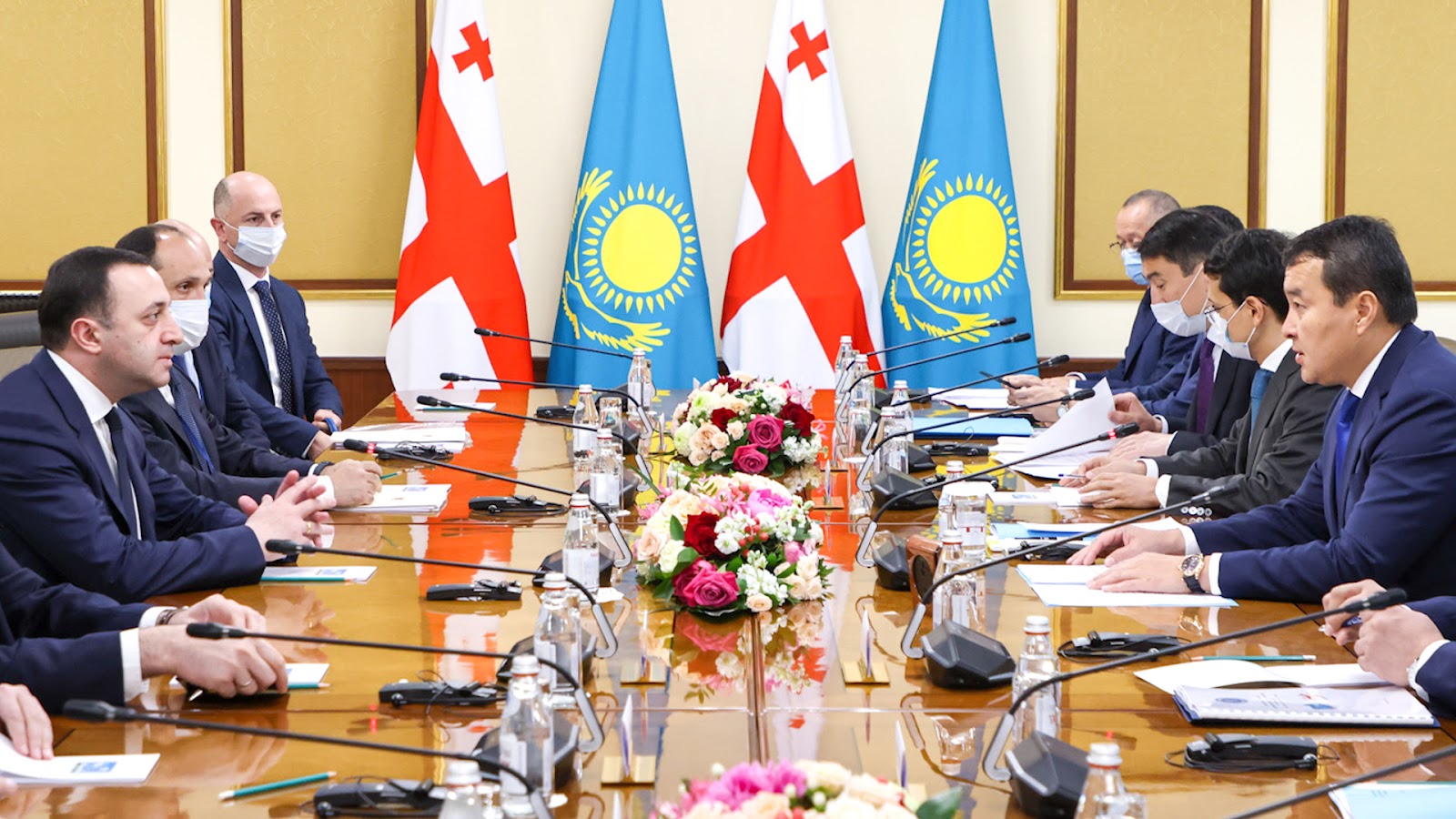 Later that day, Garibashvili met with Prime Minister Smailov to review trade and economic cooperation, investment, and tourism, including the launch of flights, as well as cooperation in the cultural and humanitarian spheres, reported the Prime Minister’s press office.

The focus of the meeting was the development of the TITR. “This project has strategic importance for our countries. Kazakhstan supports all initiatives to develop the region’s transit and transport potential while balancing the interests of stakeholders,” said Smailov.

He offered all participating countries on the route to develop a roadmap for 2022-2025 that will help eliminate bottlenecks and unlock the corridor’s full potential.

The two sides agreed that to increase the competitiveness of the TITR, it is necessary to remove infrastructural constraints on railway sections and seaports and review existing tariffs.

“Georgia’s growing role as a gateway can be further explored for the countries of Central Asia,” Garibashvili wrote on Twitter.

Discussing the trade, Smailov reported that mutual trade turnover this year increased from $31.7 million to $147.7 million, 4.7 times higher compared to the same period of last year.

“Trade, investment and business cooperation are dynamically developing between our countries. There are many examples of successful cooperation in joint projects. At the same time, we can do even more to develop the economies of our countries, so it is necessary to consider new opportunities and mutually beneficial directions,” said Garibashvili.

The two countries can also do more to enhance the tourism potential, including ecotourism and ethno tourism.

In terms of air travel, Kazakhstan operates 34 direct flights to Georgia. Twelve airports in Kazakhstan have an open sky regime with no restrictions on the number of flights for foreign airlines.

Wrapping up their meeting, Smailov and Garibashvili signed the 2023-2026 roadmap to enhance the trade turnover nomenclature between Georgia and Kazakhstan, a memorandum of understanding between the Astana Hub International Technopark of IT Startups and Georgia’s Innovation and Technology Agency and a memorandum of mutual cooperation between the railways of Georgia and Kazakhstan.